The poke phenomenon is thriving in Orlando, with plenty of homegrown and chain eateries to satisfy our cravings for the marinated-fish specialty.

We’re already familiar with raw fish on our menus because of the ever-expanding reach of sushi from Japanese, Chinese and Vietnamese eateries, supermarkets and basically anyone who can buy fish. But the international vocabulary of uncooked fish has grown to include Peruvian ceviche, Scandinavian gravlax and Italian crudo, to name a few, as well as the current darling, Hawaiian poke (pronounced POH-keh).

Poke (or poké, there doesn’t seem to be a consensus), meaning “cut in pieces,” consists of slightly marinated fish (usually ahi tuna or salmon) and veggies in a bowl with rice or greens. It traveled from Hawaii to the mainland around 2013, and within a few years, raw bowls were appearing everywhere, from classic food truck offerings to fine dining establishments, including the menus of Morimoto Asia and The Cheesecake Factory.

Sometime around 2014, the Hawaiian treat showed up in Orlando-area trucks and places like Disney’s Kona Café and, of all places, the Yard House chain. Lately, poke joints are popping up on every street corner, like fishy Starbucks clones, the draw being fresh ingredients and generous portions.

Basically, poke is the new frozen yogurt, with hopefully a longer shelf life.

The current wave of heavily invested poke chains is understandable when you look at the setup: raw fish in a bowl. Define that as refrigerators, rice cookers, a knife and some prep space (no ventilation system, no grease trap, in most cases no cooking surfaces) and you can see why poke is big business.

Some of the successful national chains have moved into the area (with more to come). But  we’re particularly happy to have some standout homegrown contenders as well, serving local, sustainable fish and offering “build-your-own” and vegetarian options. Here are the high points of all. 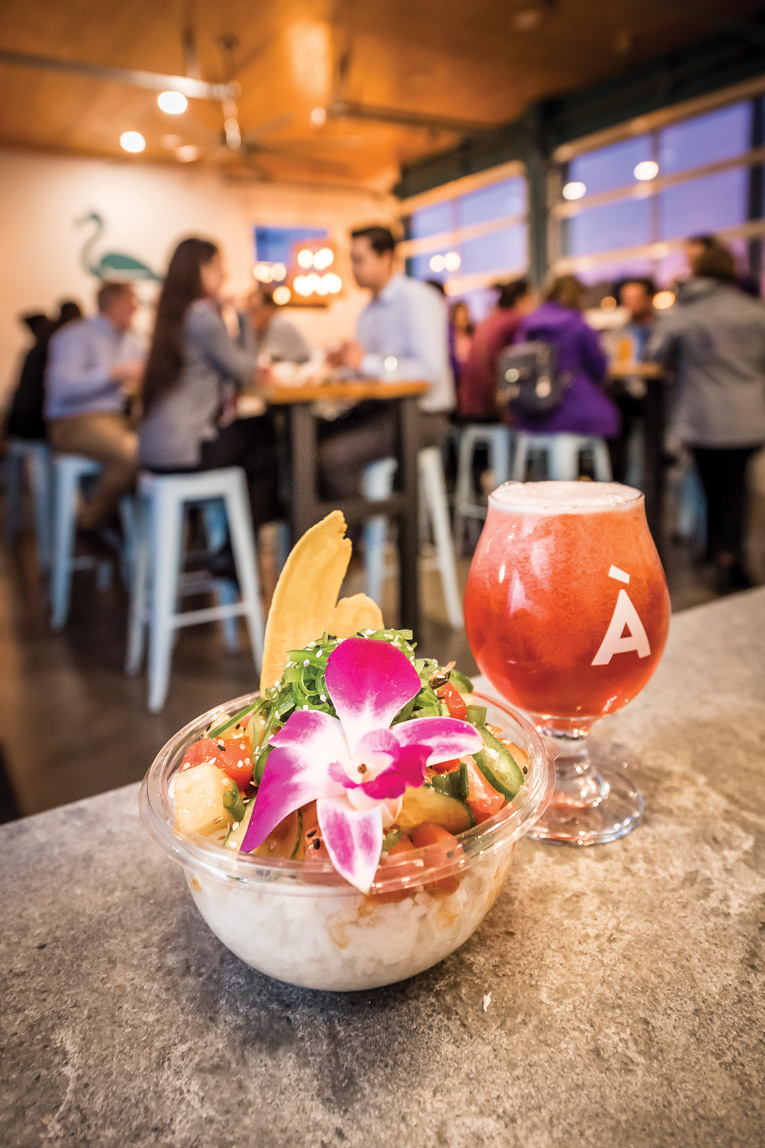 Poke-ing Around
Poke is a worldwide phenomenon, found in Barcelona, Dublin, Singapore and Cape Town, South Africa. Seek out Guppy in Delhi, Poke Bay in Munich and Botanical Club in Milan. Poke Poke opened last year in Dubai, as did Poke Burger in Stockholm and Bowl Shakalaka in Shanghai. There are three poke shops in Moscow and more than a dozen in Paris.