Orlando’s 50 Most Powerful People of 2021: Entertainment, Sports, & The Arts

Meet the leaders in sports, entertainment, and the arts! 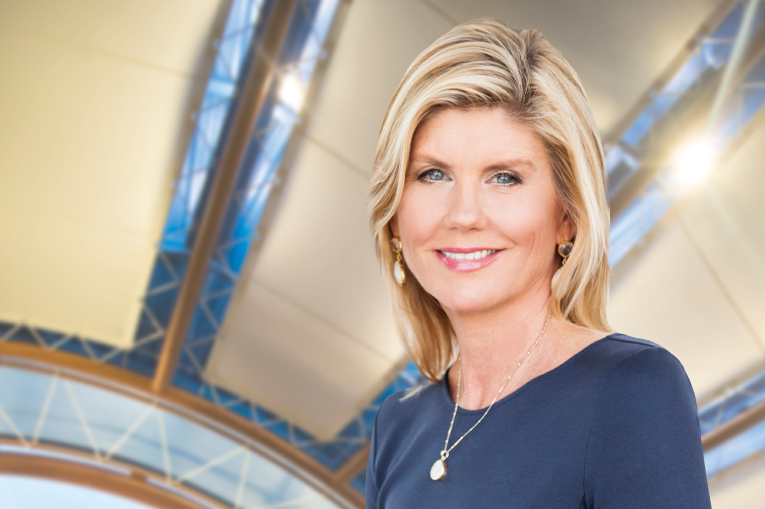 Name your favorite architectural features in the performing arts center. The arts center’s design embraces our vision of Arts For Every Life®. The approach connects people to each area with a large lobby leading to five theaters and connections to education, office and back-of-house spaces. Our mission—to be a place where people love to be—is a result of our design and operational standards of excellence and the attention to culture, programming and design. Steinmetz Hall will be one of the world’s most acoustically perfect halls, a multiform theater that will transform in shape, seating and acoustics. How has the center changed the community? Through the impact of arts and entertainment and the place-making of our campus, we have a unique opportunity to inspire the community, embrace all people and provide emotional experiences. Since opening in 2014, we have held more than 2,300 performances, welcomed more than 2.5 million guests and served over 633,000 young people through education at our AdventHealth School of the Arts while delivering an economic impact of $2 million annually. Over $13.65 million has been contributed to vision and community support. —MM 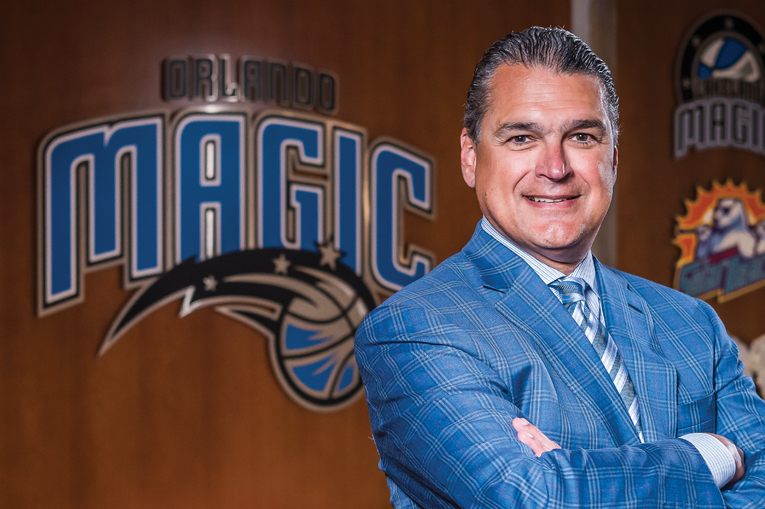 Who has been the most influential person in your life? Rich DeVos, the co-founder of Amway and late owner of the Orlando Magic. [He died in 2018.] Alternate career if your current position was not viable? Vintner. Best advice you’ve ever been given? Treat others as you wish to be treated. Three things you can’t live without? My wife Juliet and daughters Sophia and Gabrielle. What holds the No. 1 position on your bucket list? Owning a winery in Napa Valley. What do you want your legacy to be? That I lived and led the Orlando Magic in regard to its core values of teamwork, innovation, community and being world champions on and off the court, delivering legendary moments every step of the way. —DT 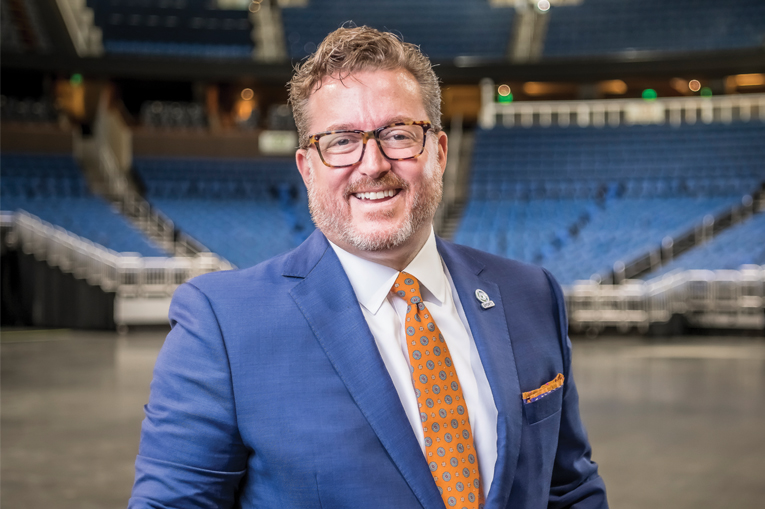 What big sporting events do you want to bring to Orlando in the next few years? We have a terrific portfolio of events contracted to take place over the next five years: March Madness NCAA Men’s Basketball, Men’s and Women’s NCAA Tennis Championships, Special Olympics USA Games, and Monster Jam World Finals. The short wish list includes 2026 FIFA World Cup matches and qualifiers, Wrestlemania, pre-Paris and pre-Los Angeles Summer Olympic competitions as well as dozens of marquee youth and amateur tournaments. What role do you see spectator sports playing in Orlando’s future? Event organizers and governing bodies of sport want to be assured that, in addition to the fans that will travel to our destination to attend events, the local community will support and attend as well. The more consistently we sell out events, the more opportunities we’ll have to host and drive significant impact back to the community. Most influential person in your life? My wife Sarah and our four children. They provide balance, unwavering love and support, and give me purpose. —PL 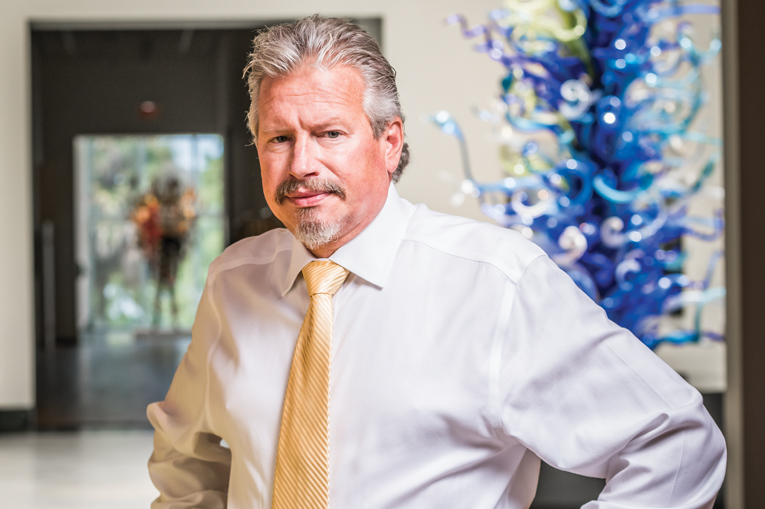 You came to OMA nine months ago. Since then you have lined up a spectacular new season, ranging from Old Masters to Jackson Pollock, and you’ve planned a new home for the museum. Not a bad start. On my second day on the job here, I was contacted by the developer of a five-star hotel in downtown Orlando who wanted to give us a 30,000-square-foot gallery and a rooftop Chihuly glass garden. Basically, the hotel will take on the OMA brand and its visual strength. When people ask me what my job is, I tell them I am the CEO of a prosperous downtown business. When will the downtown space be ready? We’d love to celebrate the museum’s 100th birthday there in two and a half years. What will happen with the museum’s current space in Loch Haven Park? We’ve started lighting the museum’s [Dale] Chihuly [glass] sculpture so you can see it better and to reinforce that visual bond between the two museums. We’re rethinking everything else to create a world-class museum experience in a global destination. —MM 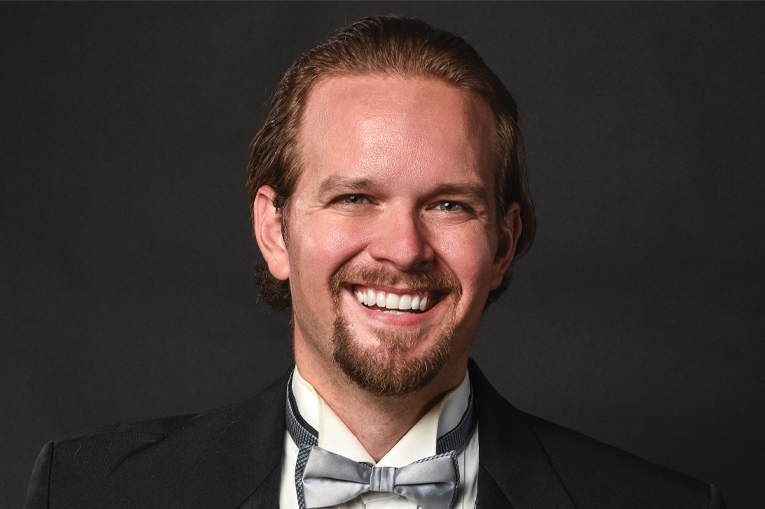 Which recent production by your company are you most proud of? All is Calm, which retells the story of the World War I Christmas truce. We offered free tickets to veterans and had talkbacks after the performance. To hear the stories of these heroes and hear them share how the opera moved them will be with me always. That is what the arts in general and what opera is all about: connecting us to our shared humanity. When did you know you wanted to sing opera? I grew up in Apopka and sang in the chorus at West Orange High School and performed in musicals. My teachers and my older brother encouraged me to audition for music theater at Florida State, and I discovered opera. What is your favorite role? Figaro in The Barber of Seville and The Marriage of Figaro. I love getting married, what can I say? I feel fortunate that I still perform. It helps to have patrons and a great team. I cannot thank them enough for their belief in the vision and mission of Opera Orlando. —MM 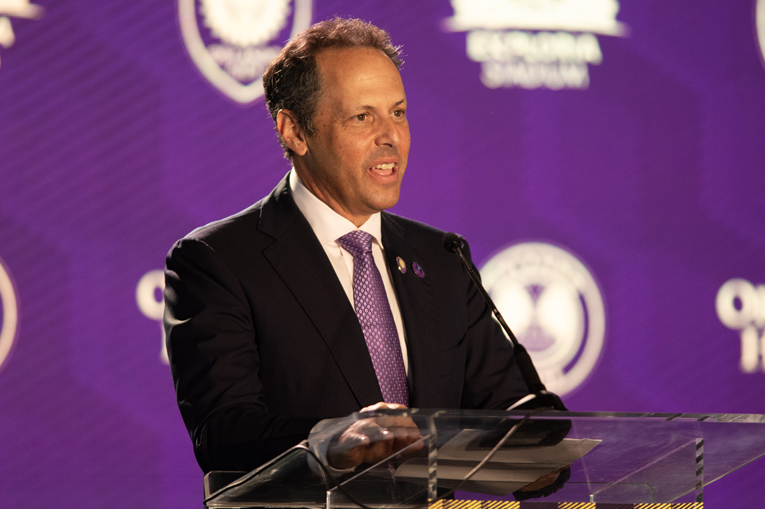 Most influential person in your life? I’ve been most influenced by my parents, who are survivors of the Holocaust. My parents instilled in me strong values, a strong work ethic and a love of community. Alternate career if your current position was not viable? Perhaps I would pursue an Orlando City Soccer radio or TV broadcast play-by-play role, but it would be impossible to replace Evan [Weston] and Miguel [Gallardo] who do such a great job. Best advice you’ve ever been given? The Golden Rule: Treat others as you would like others to treat you. Three things you can’t live without? Faith, family and football x 2 [Orlando City/Pride and Minnesota Vikings]. What is No. 1 on your bucket list? Hoisting a trophy with my family and team. What do you want your legacy to be? That I took great care of Orlando City and the Orlando Pride, delivered championships, provided a great fan experience and impacted the Orlando community. I’ve made it a practice to try never to make predictions, but I promise we will compete hard, establish a winning culture and present teams of which all of our fans can be proud. —DT 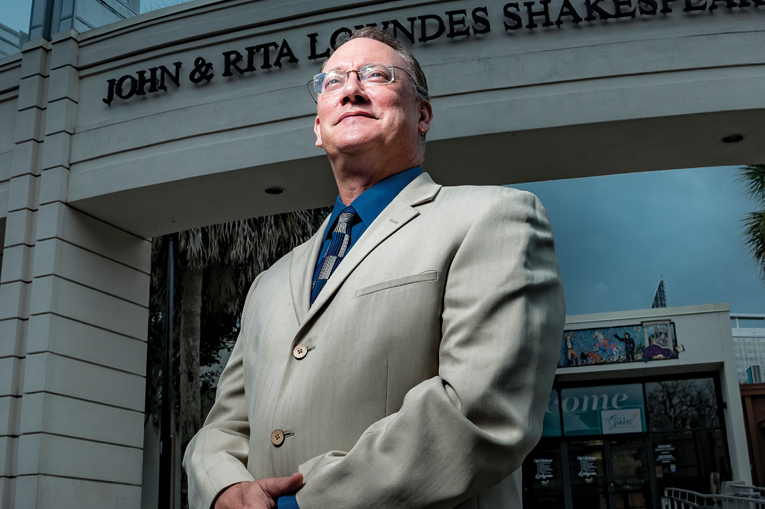 You managed to do some excellent productions during the pandemic. I’ll give you a quote from Jurassic Park: “Nature finds a way.”  So does art. We had to be super creative and adapt our productions of A Midsummer Nights Dream and Little Shop of Horrors at [the Walt Disney Amphitheater] at Lake Eola. We had a huge set, a nd we had this giant inflated green arm. And we partnered with UCF to do a five-camera filming of the show. We ended up doing a much bigger production that we ever could have imagined. What do you look forward to most this season? It’s hard to pick favorites, but we have never done The Fantasticks and we will be doing that with Davis Gaines. And now we have this new tent that we got during the pandemic. We’ll have a cabaret series. I think there may be a lot of weddings in that tent. —MM

This article appears in the October 2021 issue of Orlando Magazine.
Categories: News and Features
Tags: 50 Most Powerful, and the arts, CEO, entertainment, museum, opera, sports
Want to read the whole issue? Download and read this issue and others on Magzter.