Chef Richard Blais features authentic Florida flavors with a touch of something special. 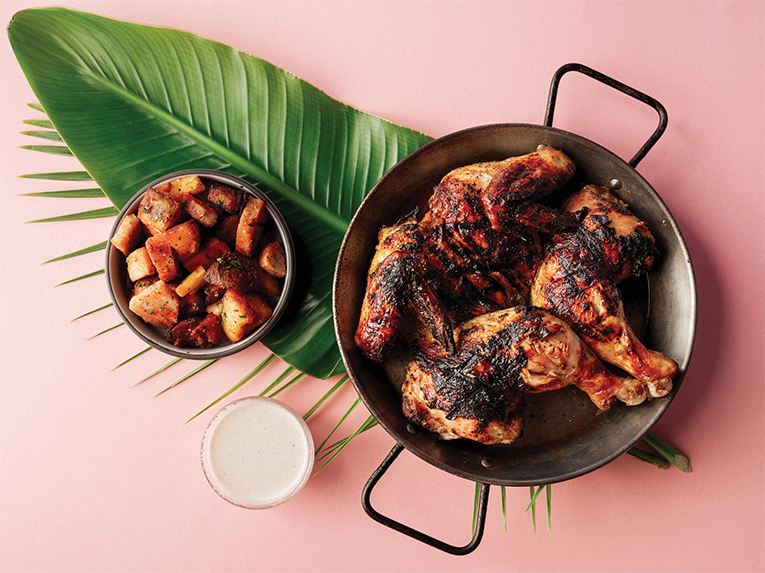 Four Flamingos is one of the latest and greatest on the Orlando food scene. Opening at the tail end of 2021, this Florida-inspired kitchen by celebrity chef, Richard Blais, has welcomed guests with an innovative menu and vintage Florida flavors.

The restaurant is on track to becoming a beloved staple for Orlando foodies—not an easy feat as this new dining location replaced fan favorite Hemingway’s, which operated for over 30 years before the pandemic.

Chef de Cuisine at Four Flamingos, Shelby Farrell, shares with Orlando magazine that although the menu has changed, it pays homage to the beloved Hemingway’s.
“We feature many of the same fresh ingredients, just presented in different ways. For fans of the classic Hemingway’s crab cake, try our small crab cake plate, which features a 95 percent fresh crab cake like the old days, just with new accoutrements,” Farrell suggests.

Both locations have been influenced by the Florida Keys, where author Ernest Hemingway wrote some of his most inspired works, now found inside Four Flamingos.

“In the space itself, you’ll find many nods to the previous restaurant, from Hemingway books filling our bookshelves to several of Hemingway’s staff members we are so excited to still have on the team,” Farrell explains. 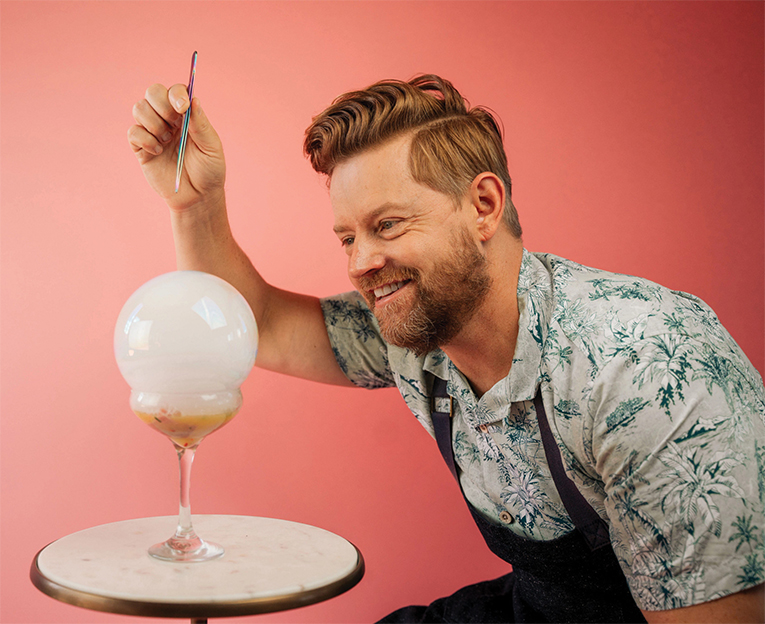 As a local foodie, I’ve had multiple opportunities to dine at Four Flamingos—once with Blais himself. It’s evident in my conversation with Blais that he has a strong passion for the restaurant.

“A lot of nostalgic elements provided the inspiration for Four Flamingos, like when I was young, peering into a lobster tank or watching the action in an open kitchen,” said Chef Blais. “It’s been so rewarding to incorporate those elements and hopefully pass those memories to the next generation who might find their passion for food here.”

A perfect night at Four Flamingos begins with the tuna tostada with a passion fruit yolk. Using a touch of molecular gastronomy, this dish creates the look and feel of a yolk—made from vibrant passion fruit, perfectly paired with ahi tuna.

The “Bread & Butter” Coconut Media Noche is simple but cannot be missed. Light and fluffy with a kiss of tropical flavor, these rolls are beyond the classic breadbasket.

Speaking of Chef Blais and his lobster tank nostalgia, I highly recommend the whole lobster, poached with citrus beurre blanc and is one of the most delicious meals I have ever had.

For Orlando guests or tourists looking for authentic Florida flavors with a touch of something special, head to Four Flamingos—it won’t disappoint.

This article appears in the December 2022 issue of Orlando Magazine.
Categories: Dining, Reviews
Tags: drink, food, Four Flamingos, review, Richard Blais
Want to read the whole issue? Download and read this issue and others on Magzter.