Chef Daven Wardynski works wonders at the Omni Amelia Island Plantation Resort as a keeper of fine cuisine, not to mention bees.

Amelia Island, on the northeast tip of Florida, is a place of history and wealth. It houses multiple golf courses, several resorts, two state parks and the northernmost city on Florida’s Atlantic coast, Fernandina Beach, which combines decades of Northern-influenced architecture, undiscovered beaches and a surprisingly vibrant food scene.

I’d never explored farther north than Jacksonville, and I was pleasantly surprised by the feel of Fernandina’s downtown, lined with Beaux Arts, Queen Anne and Victorian buildings rarely seen still standing, and some fine food havens. 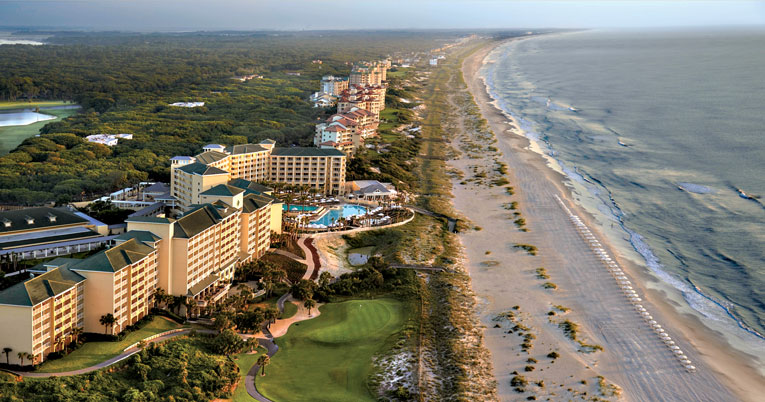 But it was a stay at the Omni Amelia Island Plantation Resort that introduced me to the best chef you’ve never heard of—Daven Wardynski, who directs its culinary path with finesse, creativity and an astounding level of skill.

Turning out stellar cuisine from a large staff in a massive kitchen is difficult. And when you look at the numbers at the Omni—nine restaurants, 404 guest rooms and suites with room service, 300 villas, innumerable banquets, special events and weddings, and 2,500 homes in the Plantation community that can pick up a phone and order food delivery—I was fully expecting an acceptable but unexciting dining experience.

Imagine my delight when the Omni’s executive chef made my head spin.

Wardynski, 41, is a farm kid from Michigan, who takes lessons learned in his grandmother’s kitchen and applies them to cooking for the masses. Curing his own meats, making pickles from his harvest of zucchini, fermenting vinegar from leftover banquet wine, is just the beginning of his dedication to real food.

“This is my farm,” he says while surveying what he calls the Sprouting Project, an outdoor space dedicated to garden plantings and a semi-underground shed where barrels of hot sauce and flavored rums age near an aquaponic greenhouse. “If I can make my own mayonnaise, if I know how to cure local snapper and smoke Florida pork, why shouldn’t I?”

Of the nine restaurants on site, seven are open to the general public—the lucky public. At the fine dining Bob’s Steak & Chop House, local pork chops and succulent bone-in prime ribeye are joined by dishes such as slow-cooked spinalis steak served on organic Anson Mills mascarpone grits. The much-overlooked local smoked mullet makes an appearance at The Verandah, along with blue crab-crusted grouper and a risotto made with brown rice grown and milled in Jacksonville by Congaree and Penn. Beachside dining at Oceanside includes a rotating selection called Chef’s Turn, with all ingredients sourced within 100 miles, and Fernandina shrimp appears at the aviation-themed Falcon’s Nest pub. An ocean view for breakfast at Sunrise Café, surfer dude pizzas at Natural Slice, and stunningly fresh breakfast and lunch interpretations at Marché Burette round out the collection. 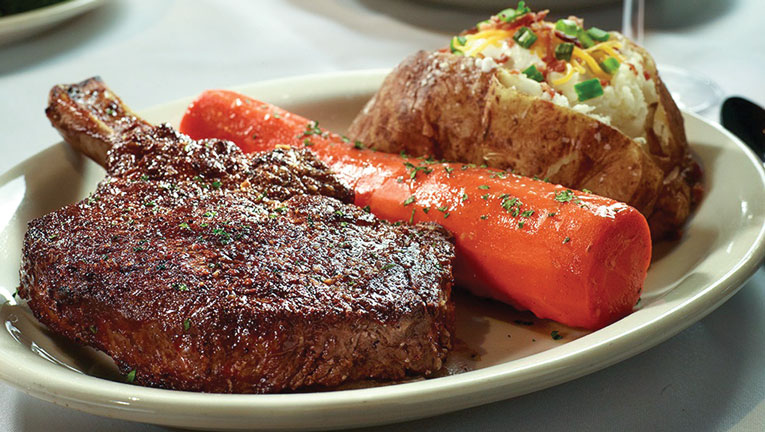 Every food outlet and the 130-strong kitchen is supervised by Wardynski. It’s not uncommon to see him checking plates at 7 a.m. breakfast and then again at 10 p.m. dinner. And each plate is a revelation.

The Omni holds two food-related events per year: the visual art-focused Cocktails + Canvases in November, where artist demonstrations and exhibitions from Jacksonville’s Cummer Museum of Art share the spotlight with cocktail paired dinners; and the James Beard Foundation-partnered Fish to Fork in May, celebrating the bounty of local waters with invited guest chefs like artisan butcher Craig Deihl from Charleston, Joey Wald of Gunshow Atlanta and Orlando’s own Kathleen Blake from The Rusty Spoon.

For a dinner last year, Chef Wardynski turned out a kaleidoscope of dishes, from perfectly cooked tenderloin coins with leek puree and hearts of palm to superbly tender, harissa-spiced short ribs with braised cabbage. He dusted seared cobia with fennel pollen and draped a perfect sliver of raw snapper with home-grown pea shoots. A meal at the Sprouting Project included Florida pork belly enhanced with sour calamondin oranges from the resort grounds and layered goat milk, flowering garlic, marigolds and wild rice for a savory dessert. There, cocktails were offered by servers in beekeeping suits, an homage to the buzzing inhabitants of 28 beehives across a small wooden bridge (built by Wardynski) from the chandelier-hung dining area  (Chef Daven can be found tending to the bees himself, and sells the wonderfully fragrant results as Chef’s Honey in the resort’s shops).

Wardynski’s seemingly Herculean efforts are a labor of love that shows on each plate. “I bring my two children to the hotel when it’s harvest time in the gardens,” he says. “Seeing them uncover carrots in the dirt, or picking tomatoes from the vine, passing on that information …  that’s why I do this.”