Superb dining choices are hallmarks of a great neighborhood. Here are some standouts from each area featured in our cover story. 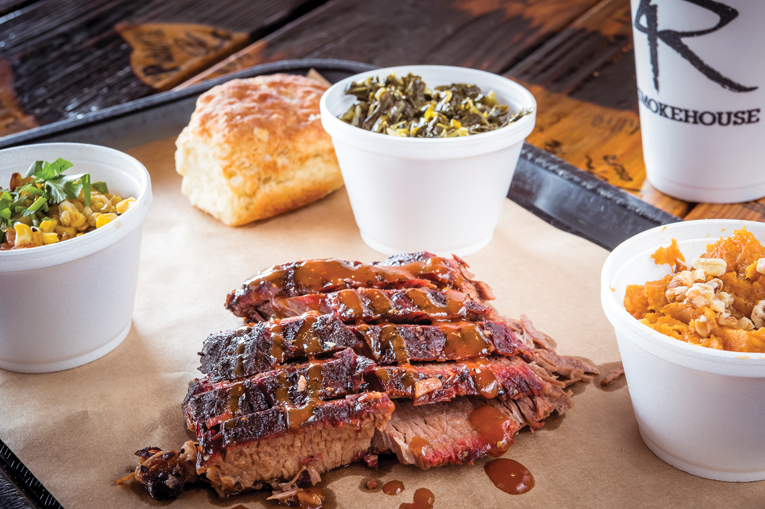 There’s no shortage of eateries in Downtown Orlando, from the casually fast (or quickly casual) BBQ offerings at 4 Rivers Smokehouse inside City Hall and burgers to almost a dozen pizza joints. For sit-down delights, wander up to the North Quarter for Mexican masterpieces and tequila treasures at Reyes Mezcaleria; the gems crafted by Chef Greg Richie at Soco just south of Lake Eola, where comfort food such as meatloaf (wood grilled, of course) and Korean fried chicken are faves; and taste bud-exciting dishes from the kitchen at Napasorn Thai—try the massaman curry. One of the best restaurants in Orlando can be found inside the Grand Bohemian Hotel where Chef Laurent Hollaender presides over the award-winning breakfast, jazz brunch and romantic dinner menus at The Boheme (Chef Laurent has a way with salmon and Colorado lamb), while almost across the street, ribeye and New York strip lovers can find their joy at Kres Chophouse. Devotees of quick French fare can meander to Benjamin French Bakery and Café for quiche, crepes and house-baked baguettes filled with Parisian delights. Noodle fans can find crafted ramen at JINYA in Thornton Park, udon at Bento Asian Kitchen just below the Cobb Plaza Cinema (a great before-movie choice), and pad thai at Uodom Thai near Lake Eola. 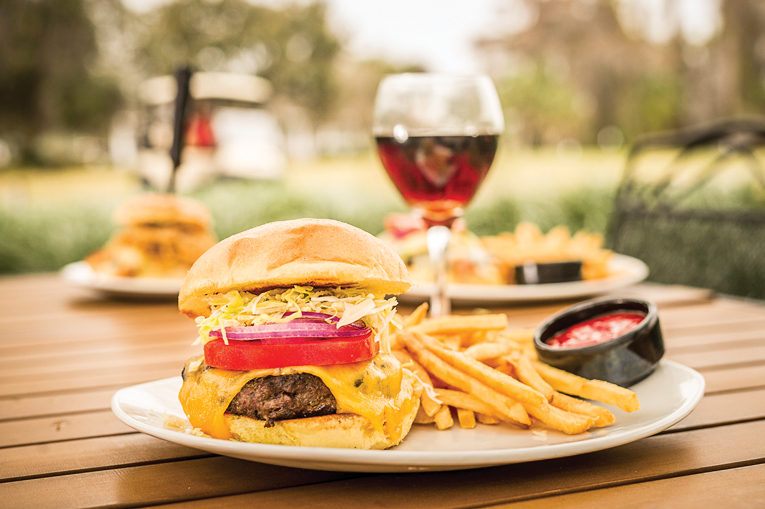 While their brand-new location in Maitland is getting on its feet, Laurie and Kevin Casey have put fresh energy into the 5-year-old Outpost Neighborhood Kitchen, tending to the local dine-in Southern-inspired and craft beer needs (including a Wednesday night oyster bash) while delivering their fare to the 32804. Blended Bistro & Boba brings a Southeast Asian flair to casual dining, with a wide variety of boba teas, bánh mì sandwiches and customizable pho noodle bowls. The perennial Tap Room holds a unique place in College Park by being both the 19th hole at Dubsdread Golf Course (fresh air and exercise is good) and home to our Dining Hall of Fame “Classic” cheeseburger (among other things). Lewis Lin and wife Stephanie Huang took over Jade Sushi & New Asian in 2016 and upped the local sushi game. The raw items show proper knife skills, and the kitchen turns out enjoyable ramen along with Chinese, Japanese and Thai delights. Lin, by the way, also owns Susuru, the exceptional Japanese izakaya gastropub on Palm Parkway near Disney. 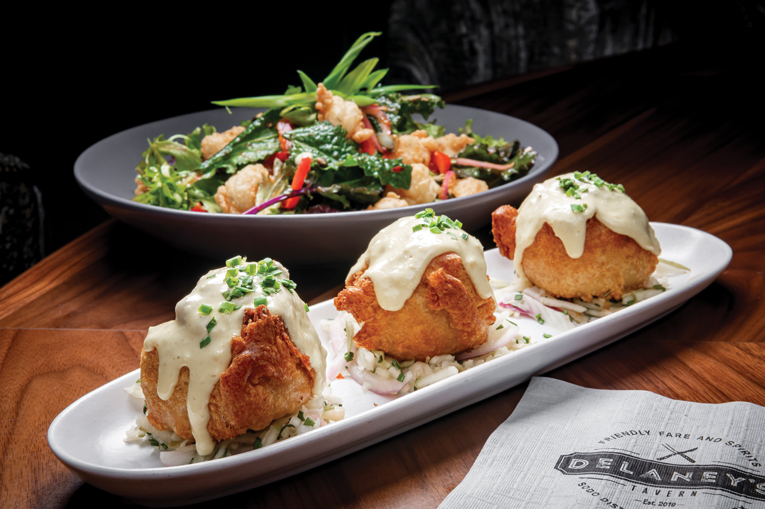 High-end dining from a well-known local chef just outside the environs of Downtown is eminently possible at Delaney’s Tavern, with items courtesy of Chef Anthony Albino like blue crab beignets, fresh pasta and an enviable craft cocktail menu. Meat-optional dining for the “plant curious” has a home at Hungry Pants, with a retro vibe and mouthwatering selections that prove cauliflower, tempeh and veggie burgers should not be feared (select meat add-ons are available if you’re hungry but fainthearted). But what we really want is dessert, and the first choice is Sister Honey’s for homemade sugary treasures like key lime pie, towering cakes and the award-winning cookies of master baker Evette Rahman. Temptingly close is Shaka Donuts, with dazzling permutations of chewy, cakey pleasures. One can’t overlook two fun choices: the Flintstone-sized beef ribs at Cecil’s Texas Style BBQ; and anything at Freddy’s Frozen Custard and Steakburgers. 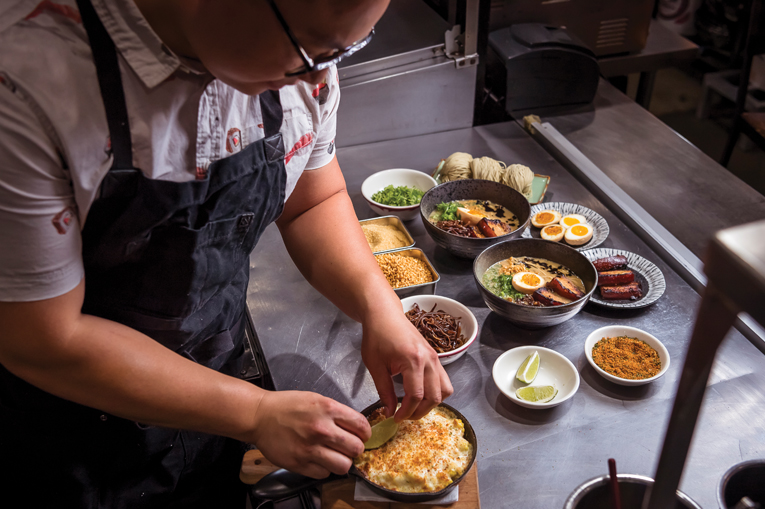 Sonny Nguyen is the master of ramen at Domu. (ROBERTO GONZALEZ) 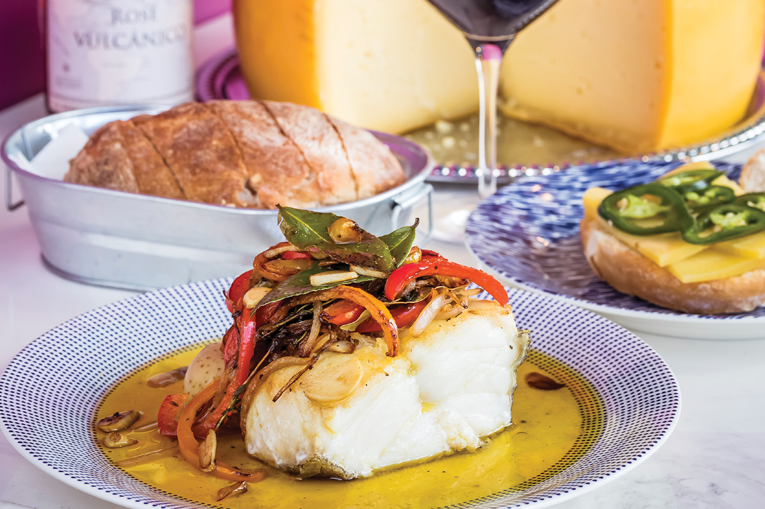 A seafood creation at Bem Bom on Corrine. (ROBERTO GONZALEZ)

Not too many years ago, Winter Garden was a place that was just a little too far for Orlandoans to travel. Now, it is a suburban go-to paradise, with tree-lined streets and fascinating places to eat. Chef’s Table at the Edgewater, along with its companion casual restaurant, The Tasting Room, was chosen as one of Open Table’s most romantic restaurants in the country. Owner Kevin Tarter shows his New Orleanian roots in dishes like shrimp and grits, blackened grouper and chocolate bread pudding. Market To Table shows the talents of Chef Ryan Freelove and his elegant style of cooking both substantial meat and inspiring vegetarian dishes. Plant Street Market has the feel of a rescued industrial warehouse (it’s not) and the tastes of artisanal food, anchored by Crooked Can Brewing Company (12 brews on tap made in the building) and featuring old-school New York pies from Michael’s Ali Coal Fired Pizza, specialty mac ‘n cheese at Mac’d Out, BBQ and sauces at This Little Piggy, and fresh prepared meats and hefty sandwiches from Local Butcher. 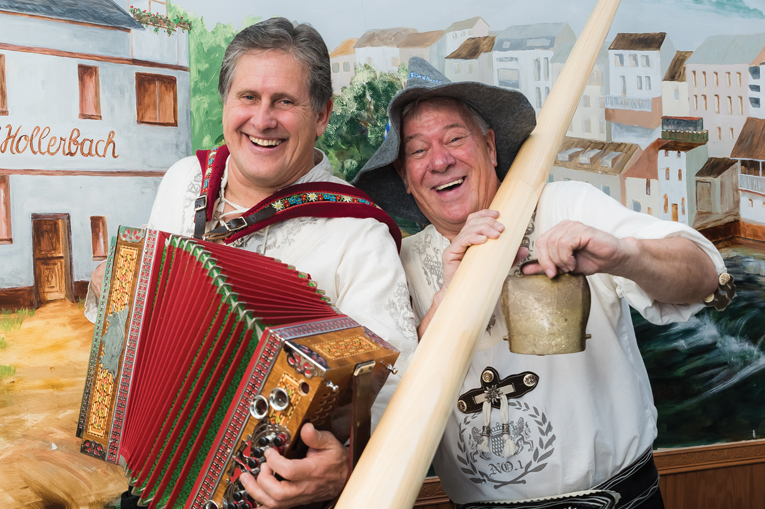 You might say that Sanford has arrived. The once mighty port town has revived itself as a food and brewery destination, with some of the most well thought-of restaurants and cocktail lounges in Central Florida (not to mention the eight breweries surrounding Lake Monroe). Of course, Sanford can’t be discussed without mentioning Hollerbach’s Willow Tree Cafe, the Oktoberfest-crazed German eatery, where every night is a festival of schnitzel, German beer and live music. Chef Nat Russell’s Tennessee Truffle brings farm-to-table sensibility to Southern cooking for breakfast, lunch and dinner, crafting items like Nashville hot quail and roasted Pasture Prime pork sandwiches, just to name two. A stroll along Sanford Avenue from “downtown” finds several cocktail and just-plain-bar bars, two breweries (Sanford Brewing serves bar bites and “make your own” mac ‘n cheese, along with the veggie-based Celery City Pale Ale) and Shantell’s Just Until Soul Food, the place for roasted turkey wings, chicken and waffles and fried fish courtesy of owner and chef Shantell Williams. The new Henry’s Depot expands our Food Hall environs with outlets of local eateries Greenery Creamery (craft ice cream), Grain & Ember (pizza), Genghis Juan’s (tacos and bulgogi burritos) and Salvatore’s Prime Sandwiches. 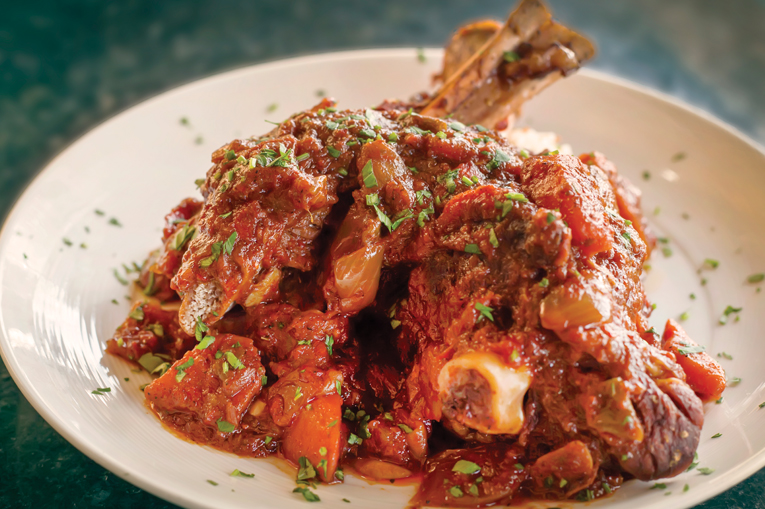 Lamb shank is a Bosphorous specialty. (COURTESY OF BOSPHOROUS) 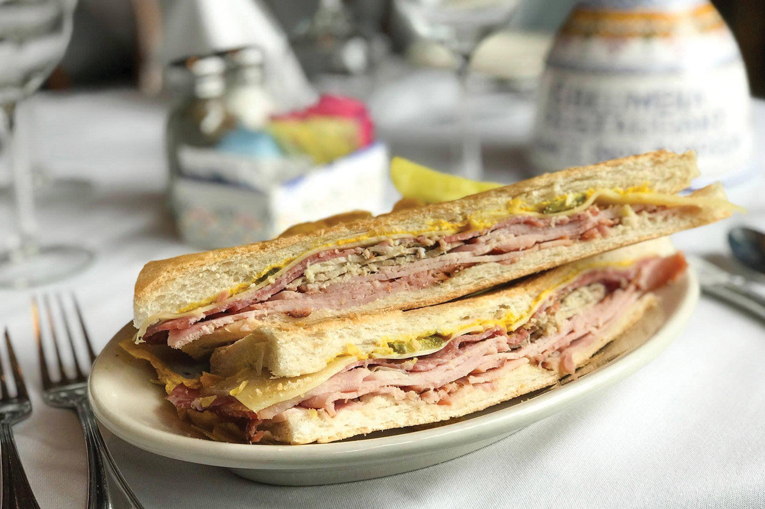 Orlando's Best Breakfasts (and Brunch too!)