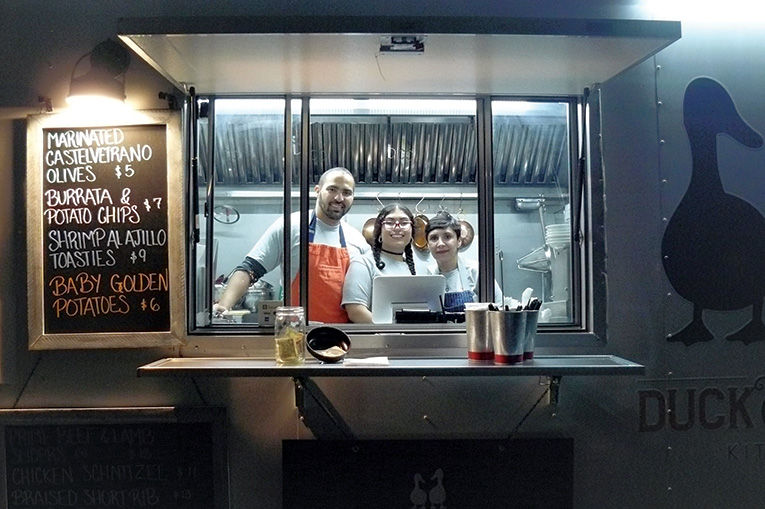 You’ve probably enjoyed Heberto Segura’s cooking without even knowing it. From its opening in 2008 until 2018, Segura was the executive chef at Raglan Road, the Irish “pub-restaurant” at Disney Springs.

Now he can be found in the parking lot of Digress Wines in College Park, along with his wife, Rona, and their daughter, serving cuisine-spanning dishes from a mobile kitchen like locally made burrata and potato chips, Spanish shrimp on sourdough toast, and chicken schnitzel and cabbage. And, naturally, duck, most recently a delightfully miniature pair of duck pies.

Segura calls D&D “a local eatery focused on global tastes. We cook without borders.” He takes inspiration from other area entrepreneurs who have transitioned from popups to brick and mortar and contemplates a permanent location.

Not that working the trailer is easier than Raglan. “The intensity is the same. Where I used to have a crew, now it’s pretty much us.”

The name of the business reflects the pub meeting place for London’s Gunpowder revolution of 1604 (headed by the now infamous Guy Fawkes). “It’s a story about revolution and freedom,” Segura says, “going about things your own way. Which is what we decided to do.”

Top 7 Best Registered Agent Services in 2022: Which is The Right One For You?

The Best Shampoos for Men With Thinning Hair