Having only “met” multi-award winning chef Rick Bayless through his PBS television show, I imagined I would find a quiet and confident advocate of Mexican cuisine when I came to talk to him at Frontera Cocina, his sleek fast-casual Mexican restaurant at Disney Springs. Who I discovered behind his open, Midwestern smile was an enthusiastic fan of authentic food, as happy to talk about cheese from the state of Chihuahua in the queso fundido as he was to recommend cutting-edge chefs in Mexico City. 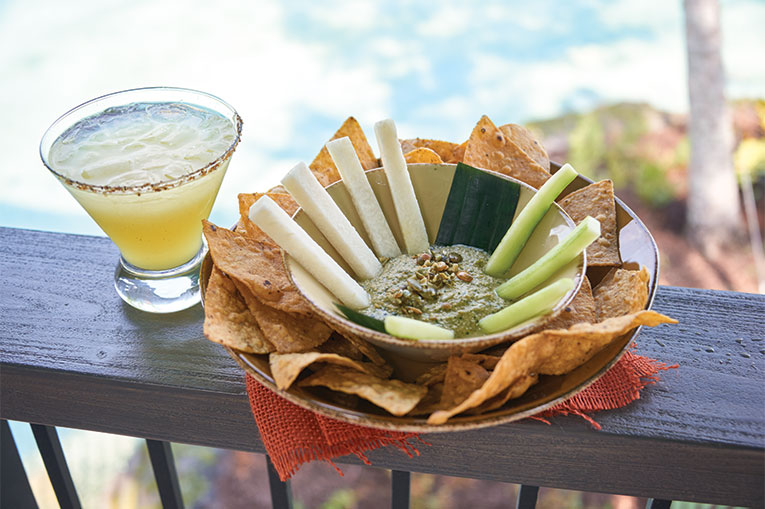 Bayless brings a wealth of experience to his latest endeavor, open since June 2016. Eight James Beard awards, nine restaurants including the Michelin-starred Topolobampo, nine cookbooks and a groundbreaking career on television have cemented Bayless’ reputation as a champion of traditional Mexican cuisine. If you’re expecting a premium-priced version of Taco Bell, filled with fajitas and chimichangas, you’ll be wrong; cuisine at casa Bayless takes its inspirations from the rugged terrain of Oaxaca and the Yucatan’s Mayan influences, not Tex-Mex fare.

I liked the simplicity of Frontera’s tortas, a crusty bread roll stuffed with achiote-seasoned pork shoulder ($15), or wild mushrooms flavored with chipotle-garlic mojo, chipotle salsa and goat cheese ($14). And I could eat the spicy Yucatecan pumpkin seed sikil pak dip ($9) by the bowl.

When I asked Bayless what he thought when Disney approached him, there was a long pause.

“I really wasn’t excited about it,” was his honest reply. “I wanted to do a tortas stand like we have at O’Hare Airport, but our operating partners [the San Angel Group, which runs the restaurants at Epcot’s Mexico pavilion] said that’s not what Disney Springs needs. I came around when I finally figured out a menu. I had to make sure that I would have great confidence in whatever we were doing here.”

Bayless is proud of his quest for authenticity. “It’s one of the reasons they wanted me in Orlando. I bring a certain weight to the project—I’ve been doing this food for 40 years. To tell you the truth, every day you’ll hear some people in our dining rooms say, this isn’t Mexican, this is Rick Bayless’ food. I want to say, thank you for the compliment, but…this is really Mexican food.”

For some, the idea of a chef from Oklahoma defining an ethnic cuisine seems like misappropriation. NPR came right out and asked its listeners, “When do you think it’s okay to cook other people’s food?” Detractors say it’s not okay at all; but, as one thoughtful online supporter of Bayless declares, “Taco Bell is cultural appropriation. Rick Bayless showing people that Mexican food is more than Taco Bell is cultural education.”

Bayless is unapologetic, pointing to decades of study in Mexico and a deep understanding of the cuisine that has popularized traditional flavors for a generation of diners. “In the American way of thinking,” he says, “there’s only about 12 dishes in the Mexican repertoire, and a lot of those were created in the United States. Even if people don’t know as much as I would like, it’s wonderful to see them get really enthusiastic about it.” 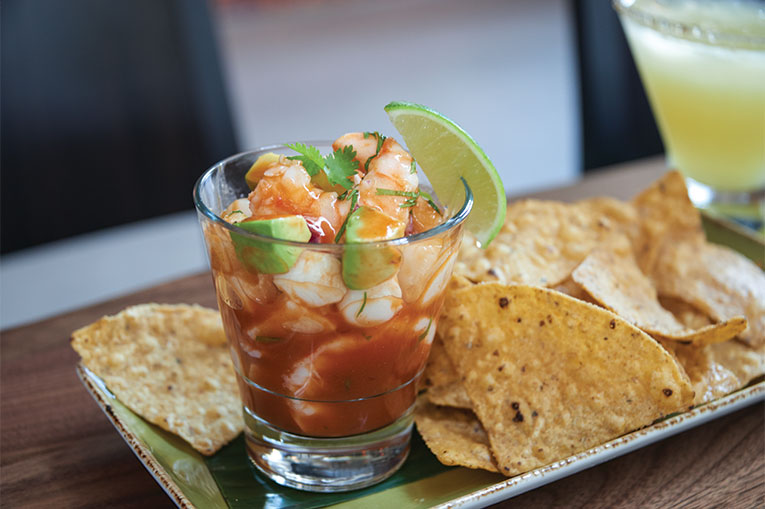 Bayless’ cooking career on television began in 1978 with the PBS series Cooking Mexican, and continues with Mexico—One Plate at a Time, in its eleventh season. He grew up in a restaurant family. His great-grandparents opened the first grocery store in Oklahoma, Jones Boys, in 1910. The next generation continued the business; the next, his parents, opened a barbecue restaurant. “I worked there all my life, but I knew from the time I was 10 that I really needed to get out of there,” Bayless says.

He ran away from food and into academics, with degrees in Spanish and anthropology. But scholarship held no more attraction than barbecue, and when a PBS station in Ohio needed a host for a Mexican cooking show, Bayless got the gig. “There were very few cooking shows on TV, so it got picked up all over the United States.”

And sometimes a career hinges on chance.

“I had done two seasons of the show,” he says. “I was also teaching French pastry, so I had two things that I loved. I was getting ready to either go to France for six months, or Mexico. I looked at my bank account…and I couldn’t afford France. So I proposed to my wife, and said will you go with me.”

Bayless is pleased with the menu at Frontera Cocina, putting the Disney Springs kitchen a step above his larger restaurants. “My wife and I eat in all of our restaurants every week as customers; that’s part of our job,” he says, stating he’s had only positive comments for the chefs on site at Frontera.

“I like to think of myself as a pied piper,” he says. “I want to do something that’s really delicious that will entice you to follow me a little further in. We like to seduce people.”

Bayless revolutionized the American taste for Mexican food in 1987 by opening Chicago’s Frontera Grill. Four years later, he earned the James Beard Award for Best Chef-Midwest and Chef of the Year four years after that. He also created the theatrical production Cascabel, portraying a cook in a Mexican boarding house amid circus acts and flamenco dancers. The on-stage cooking was reflected in a Bayless-designed meal served to the audience.