Where Chef-Driven Concepts Are the New Norm. This high-end, fine-dining Korean restaurant proves one thing: Orlando has come a long way. 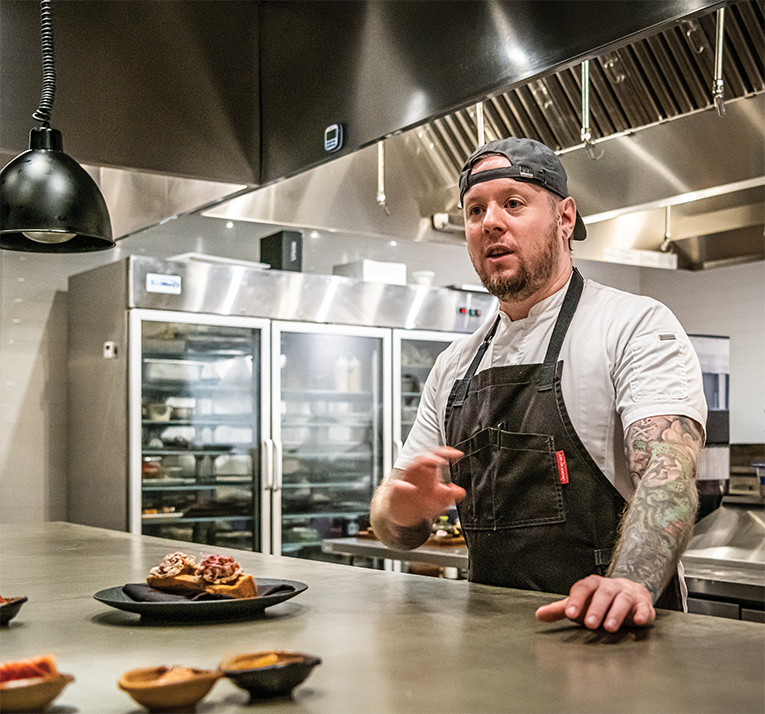 Doshi, a Korean American fine dining restaurant in Winter Park, is the latest project from brothers Johnny and Jimmy Tung. The Tung’s first foray into Orlando in 2002 was Bento, an affordable Asian-American fusion spot specializing in crowd-pleasers like California rolls and General Tso’s chicken.

Orlando has grown up a lot since then. Diners will drop hundreds of dollars on a single meal. High-end, chef-driven concepts are becoming the new norm, and the Tung brothers have adapted with Doshi.

Thanks to the expansion of The MICHELIN Guide into Orlando, they can court chefs from around the globe, eager to earn their first star. For Doshi, the Tung’s have recruited Executive Chef Rikku Ó’Donnchü. Originally from England, Rikku has spent time in 3-star Michelin kitchens, including The French Laundry.

At Doshi, Rikku offers a $175 per person, 16-course tasting menu, which he uses to showcase his molecular gastronomy chops. There are seven tables in the elegantly decorated dining room. But the best seats are the six spots at the “chef’s table,” where Rikku walks you through each dish.

The meal started with five small bites. Rikku’s plating is world class—each dish a canvas of fine art. A standout was the truffle rice, tightly wrapped in toasted nori and topped with truffle caviar. Another highlight was the eggplant nigiri, glazed with a sweet and sour sauce.

Jellyfish followed the small bites, braised in its juices, with homemade gochujang, compressed melon, and a radish salad. Food doesn’t get much prettier than this. I only wish they’d tone down the seasoning, as it was too salty for my taste.

Rikku describes his Korean fried sweetbreads as a “nod to the south.” Deep-fried on the outside, soft in the center, with silky buttermilk on top. Think buttermilk fried chicken with collard greens but replace the chicken with sweetbreads, transform the collards into kimchi and finish it with buttermilk foam. It was wonderful. 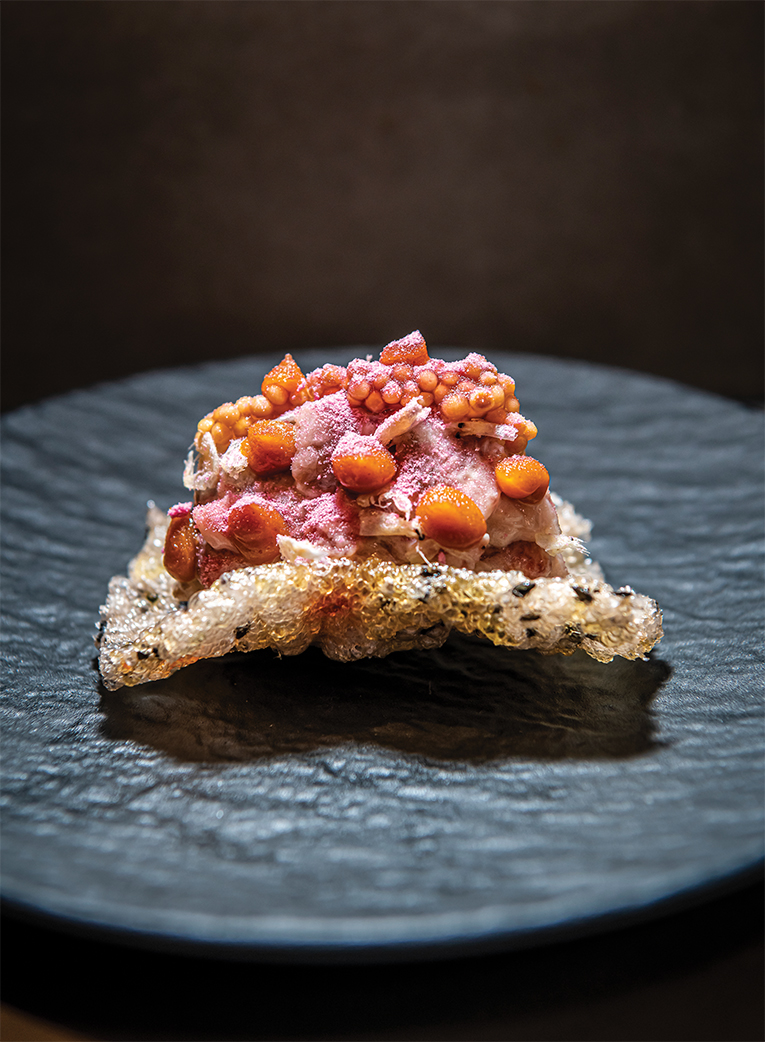 My favorite course was the 21-day dry-aged duck. The fillet was cured in Korean barbecue spices and accompanied by a rich duck broth and three purees—black sesame, white apple, and black garlic with anise; the spicy, sweet flavor of the anise made for a great complement to the duck. The sweetness of the apple balanced it out. As a bonus, there was a ball of duck confit, a little smaller than a golf ball, covered in dried apple skin.

As a segue from savory to sweet, we were served a witch’s caldron of dry ice and flash-frozen yuja yogurt, a citrus fruit more commonly called yuzu. Diners were bathed in a frigid cloud, creating a theatrical touch to carry us into the desserts.

The final bite of the evening was a banana-salt caramel tart, topped with a generous helping of Sevruga caviar and gold flakes—a decadently sweet and salty finish to a splendid meal. Orlando indeed has come a long way.