From Audubon Park, to SODO and the Milk District, get your sweet fix at these local establishments. 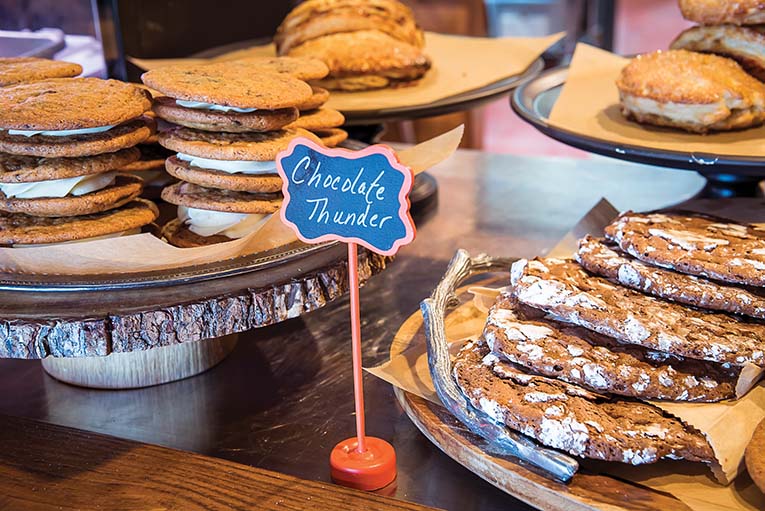 P Is For Pie

Do you crave made-from-scratch food from local Orlandoans who pour their heart and soul into everything they make? Then add P Is For Pie to your list of places to try. Located on Corrine Drive in the same plaza as Redlight, Redlight, this cozy spot doesn’t offer online ordering; you’ll need to call and talk to Stacey or Ed, or stop in and place an order.

Offering a new menu every day, P Is For Pie splits its offerings into two simple categories: Sweet and Savory. They also offer a selection of breakfast and lunch plates daily. Choose from a wide selection of pies by the slice, cinnamon rolls, cobblers, cake pops, hand pies, whole pies, and so much more! Follow them on Instagram for their daily menu, and always order more than you think you want. -CW 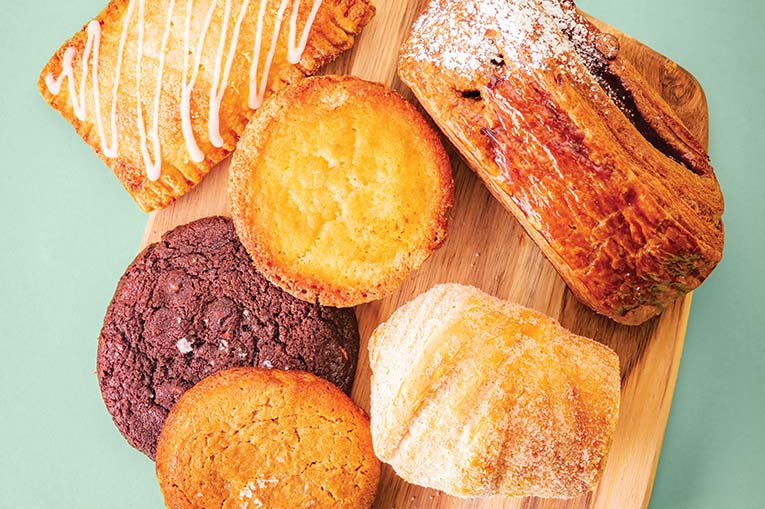 The first baker arrives in the kitchen each day at 3 a.m. By opening hour (8 a.m. weekdays; 9 a.m. weekends), the Buttermilk Bakery team in Winter Park has stocked the shelves with fresh-baked delights. This small-batch bakery turns out supremely flaky croissants, as well as cinnamon-sugar-coated morning buns redolent with aromas of cardamom and orange zest and a variety of “pop tart” hand pies, plus so much more.

Everything is made in-house, even the fillings and jams, says Taissa Rebroff. “We bake every morning so it’s super fresh and made with awesome love.” The family-owned and -operated bakery, launched in 2014 by Taissa, her mother, Lana, and brother, Philip, lives up to the cozy, nostalgic feeling its moniker evokes. Fresh-brewed coffee, cold brews, hibiscus and passion fruit iced teas on the menu pair well with the morning’s fresh-baked treats. You can order at Buttermilk Bakery’s online store for curbside pickup or choose your pastries on site for a breakfast or lunch nosh at one of several outdoor tables. You’ll also find their baked goods around town, as they provide wholesale treats to local coffee shops and cafes such as Deeply Coffee and Craft & Common. – JH 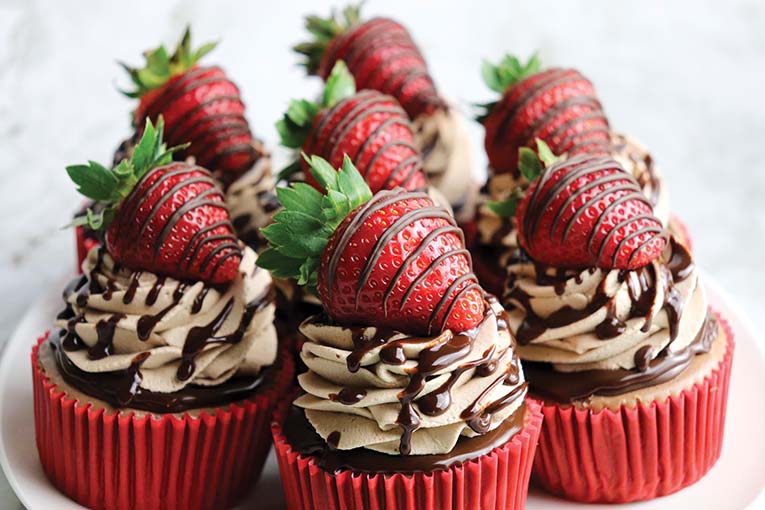 Evette Rahman’s kitchen, humming with activity at her Sister Honey’s bakery in SODO, is where the magic happens. It’s where the scent of apple and cinnamon mingle to produce her blue-ribbon Orchard Fresh Apple Pie. It’s where swirls of sweet meringue meet tart, lemony goodness within the buttery crust of her Lemon Meringue Pie. And it’s where romance can begin with a box of her divine Chocolate Cheesecake Tarts—chocolate cookie crust with cheesecake filling, chocolate ganache, whipped cream, a luscious ripe strawberry and more ganache drizzle.

Evette and husband, Andy, take orders ahead for scratch-made gourmet goodies, and demand keeps growing for Sister Honey’s baked pies, chilled pies like Peanut Butter Satin, cakes, cupcakes, cookies, bars, pastries, and tarts. If your sweet tooth aches for instant gratification, you’ll always find a selection of goodies including individual pie and cake slices (four-layer Pistachio; Red Velvet, Creamy Coconut) in the shop’s colorful display case. Rahman named the bakery for her Jamaican mother, Eulalee Runcie, a talented baker in her own right who was known at her church as Sister Honey. Evette has racked up so many awards there aren’t enough walls to hang them on. National Pie Champ, Best of (more than one) Show, World Dessert Champ. And on and on. Dessert, anyone? -JH 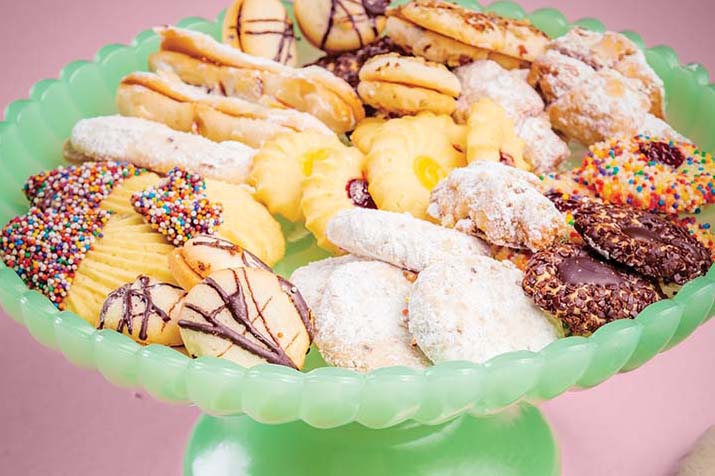 A local sweets institution tucked into a small Orlando strip mall, Charlie’s Gourmet Pastries will celebrate its golden anniversary in 2021. The bakery opened its doors within a week of Walt Disney World’s October 1971 debut and has earned numerous awards and accolades over the decades. Charlie’s tagline, “butter makes the difference,” is one reason the bakery survived the Great Recession and thrives, says owner-baker Gary Hawks. “It’s all about the ingredients — people buy with their eyes and come back for the taste,” says Hawks, whose father, Charlie, worked for two decades at Wolfie’s on the Beach in Miami before opening Charlie’s Gourmet Pastries in Orlando. Gary took over the bakery in 1981 and oversees production of well over 100 items, from pastries and pies to cakes and Danishes. 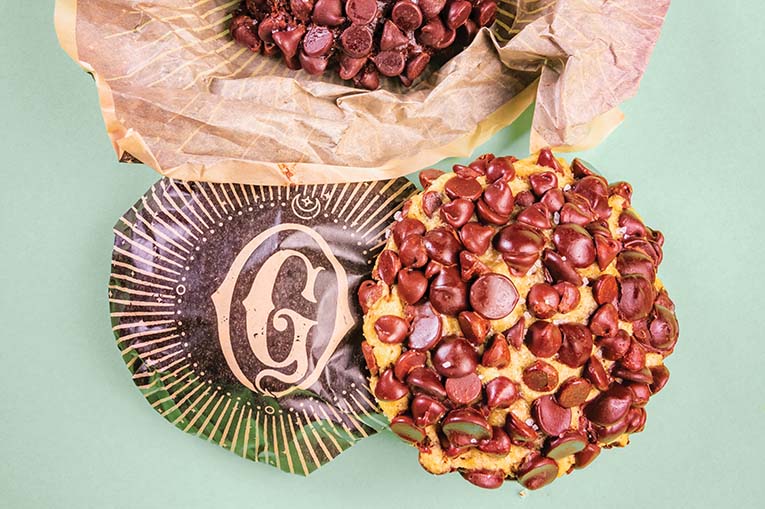 Decadent cookies that weigh in at nearly a half pound? Sign us up. At Gideon’s Bakehouse, cookies are serious business, and the daily lines that snake through Orlando’s East End Market, where the original bakestand is located, attest to the brand’s popularity. Bursting onto the scene in 2016, Gideon’s has grown in popularity at such an exponential rate that they have opened a new flagship store in Disney Springs. Storytelling co-stars alongside the sweets here, as the legend of Gideon’s melds with the tale of the shop’s “original” owner, Jonathan Lindwurm, a purveyor of rare books and antiquities.

Look for more of the story to unfold each time you visit. The new location offers a daily selection of your favorite cookies, including The Original Chocolate Chip, Peanut Butter Crunch, Triple Chocolate Chip and other familiar flavors, as well as the legendary Coffee Cake Cookie, which will be a daily exclusive limited edition. Daily cake slices will include True Red Velvet in addition to a host of rotating flavors. To complement the cookies and cake, be sure to try Gideon’s new Original Peanut Cold Brew. And if you’ve ever zapped your Gideon’s cookie to warm it up (we’re not judging), pencil a 7 p.m. visit onto your calendar, when the Disney Springs shop will feature a nightly Hot Cookie Hour. -BF

One of everything, please! Valhalla Bakery, located in Market on South in Downtown Orlando, has a case jam-packed full of freshly baked treats available daily. And did we mention that all of their items are egg free, dairy free and vegan? But don’t mark this hotspot off of your list if you don’t subscribe to a plant-exclusive diet, because their goodies are so exceptional that you’d never know what isn’t there.

Want to know some of our favorites? There are many. Their doughnuts are deliciously layered and flaky, but hands down, those Nanaimo bars rock our world. A Canadian staple, the dark chocolate coconut crust is filled with a “butter” custard before being topped with more dark chocolate, and sliced into decadent squares of perfection. The Nanaimo bars are almost always available, but the flavors change seasonally. Stop in or place an order online: These desserts should be shared with your family and friends. -CW

∨When Orlando craves Southern-inspired sweets, Se7en Bites is the first spot that springs to mind. Chef and owner Trina Gregory-Propst is the genius behind the whimsical bakery/cafe. But she’s serious about offering guests an incredible experience. Her love of baking began beside her grandmother. “She developed my love for all things sweet and I let my imagination soar with my own creations after that.” Gregory-Propst soared right into the Central Florida baking scene with her Milk District cafe that serves breakfast, brunch and lunch, as well as offering a sweets counter for bakery items.

While savory dishes such as scratch-made Chicken Pot Pie, a monster Meatloaf Sandwich and their Southern Cuban aim to satisfy, save room to indulge in dessert from the bakery. Although there is no shortage of brownies and cookies and bars, it’s the old-fashioned treats and sweets from childhood that we most crave when we visit. Oatmeal Pies that will have you forgetting you ever heard of Little Debbie; the Vanilla Bourbon Nighttime Sky Pie (get it?) is the stuff of legends; and don’t even get me started on the scones, muffins and mini pies. Truly, you need to visit yourself. And wear your stretchy pants. Trust us. -BF 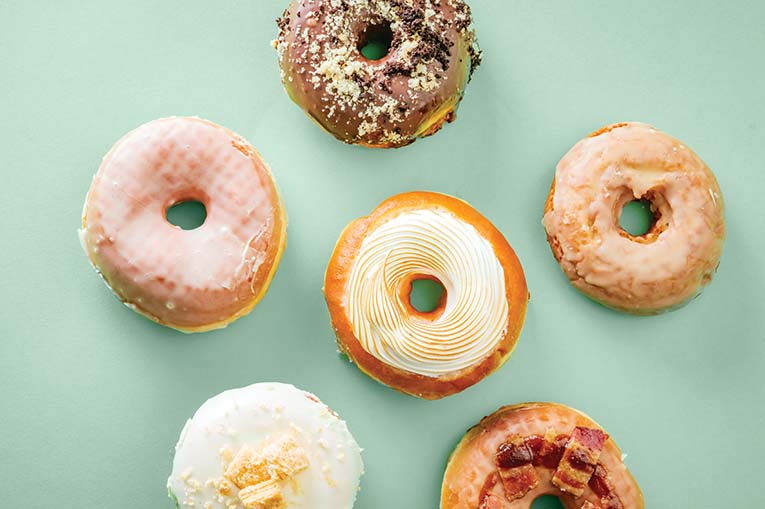 This little donut shop roared onto the Central Florida food scene just before Christmas, and it hasn’t looked back. Originally founded in Miami just five years ago, The Salty has become an Orlando favorite in short order with their signature 24-hour brioche donuts, complemented by Intelligentsia coffee. Co-founder and owner Andy Rodriguez, who began The Salty with wife Amanda, says that Orlando was a natural fit when they decided to expand north. “There are some very cool food and beverage things happening here. It’s close to home and we can visit it often. It was just a perfect fit, and the timing seemed right, and we thought we could really grow a sense of community. We think that the customers will have a ton of fun with us in Orlando.”

Now that they’ve settled into their new Audubon Park digs in the space previously occupied by Gene’s Auto Service, they’re excited to offer Orlando a selection of their specialty donuts. Currently, there are six regular flavors to choose from, in addition to seasonal flavors that will rotate in and out. Our favorite? So far, we agree that you can’t go wrong with the simple perfection of the Traditional Glazed, enrobed in a thin coating of vanilla bean-spiked goodness. But for a decadent twist, the Guava + Cheese is without peer. -BF

East End Market is a destination all its own, but tucked inside on the second floor is Dochi Japanese Mochi Donuts. Wondering what a dochi donut is? Think of them as a cross between the sweet and chewy Japanese rice dessert mochi and the classic American fried donut. Their dochis are fried fresh in a unique donut ring designed to be easily shared and are made with rice flour, so the texture is chewy, airy and soft with the slightest crisp texture.

The result is a donut that’s a little lighter and not quite as sweet as its American cousin. As a result, it can be very easy to eat more than one (don’t worry; we’re not judging.) The flavors change depending on what’s fresh, but expect daring combos like white chocolate and ube cake as well as classics like raspberry drizzle. Pro Tip: Dochi is closed Monday–Wednesday. Get there when they open at 11 a.m. Thursday–Sunday to ensure the best variety. -CW