Remembering those we lost in 2021. 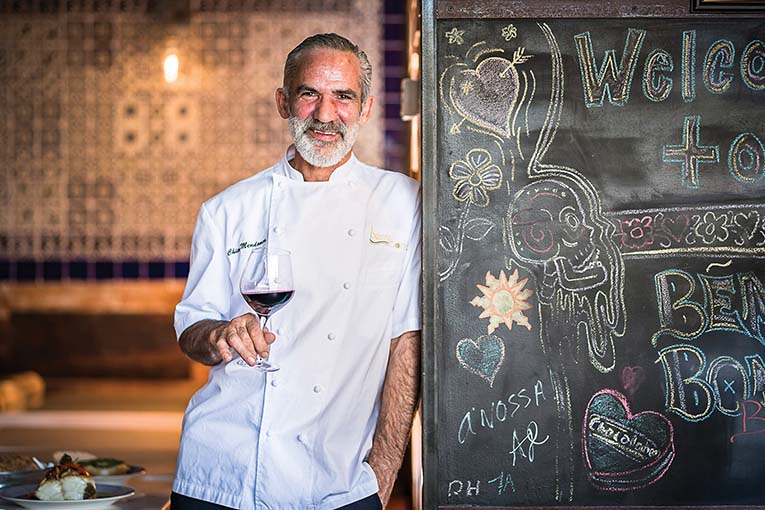 Entering the Portuguese and Mexican eatery called Bem Bom on Corrine is like walking into Chef Francisco “Chico” Mendonça’s living room. His nonstop energy and desire to please infused the small eatery with a casual electricity. “Try this dish,” he would say; “I have only one bottle of this wine, you must have a taste,” breaking from the tiny kitchen to share a glass, a joke and a story.

While Bem Bom still serves Chico’s rock shrimp tacos, piri-piri spiced chicken sandwiches and Portuguese-accented omelettes to his standard, there is a melancholy for those who know that Chef Chico lost his swift, surprising battle with cancer on May 15, 2021.

He had cooked in many kitchens, including Voltaire in Dallas, where he grew to love and master a unique take on Tex-Mex. Mendonça came to Orlando to create the kitchen at Cocina 214 in Winter Park, a short relationship that led him to open his acclaimed food truck Bem Bom (a Portuguese phrase meaning “good, good”) in 2012, calling it his “hardest job ever.” Bem Bom the restaurant opened in 2018, garnering several “Best Of” awards, including a 2019 Orlando magazine nod as Best New Restaurant. As importantly, Mendonça became a favorite of other chefs; his appearance at the ceremony for Dining Awards found local culinary celebs gathered around him to chat and celebrate.

The food was, and is, Mexican or Portuguese: “There’s no fusion here,” Chef Chico once told me, “They’re both separate.” Mendonça grew up on the volcanic island of São Miguel in the Azores, an archipelago that is part of Portugal, and he championed the food, the wine and the landscape of his beloved country at every opportunity. He was known for relaxed, seemingly unending evenings, where diners lingered long after the kitchen had closed. “You eat, you have a drink, you talk, you eat some more, a true Portuguese way of eating,” he said.

“He was 1,000 beers a day and 1,000 miles an hour,” says business partner and neighbor A.J. Campofiore, who can still be found in the kitchen. “You couldn’t slow him down.”

Even during the COVID lockdown, Mendonça found a purpose.

“Shutting down and going take-out only was the best thing for us,” Campofiore says. “We would put out food, take a breath, and go home. It was a blessing for his family, they got to grow closer, at a time when they needed it the most. Obviously, they had no idea what was coming, but his wife, Dee, still says those were the best days they had in…forever.”

Talking about the loss is still difficult for Campofiore. “Then we come out of it, we reopen. And all of a sudden he goes down.”

Visitors drawn to Bem Bom by word of mouth or online reviews still come to see Chef Chico in action. “They say, where’s Chico?” Campofiore says. “And then I have to tell the story all over again.”

Campofiore sees his friend in every part of the restaurant. “There are Chico stories all over this room,” he says. “When that grille fell off the ceiling, how he almost cut off his thumb cutting wine boxes for that wall.” He laughs. “The coffee machine he had to have that we never use.”

Chef Chico once said, “I cook because I love the food … and that does make me happy.”

Obrigado, Chico. The stories will live on.