Remembering the ones we lost in 2021. 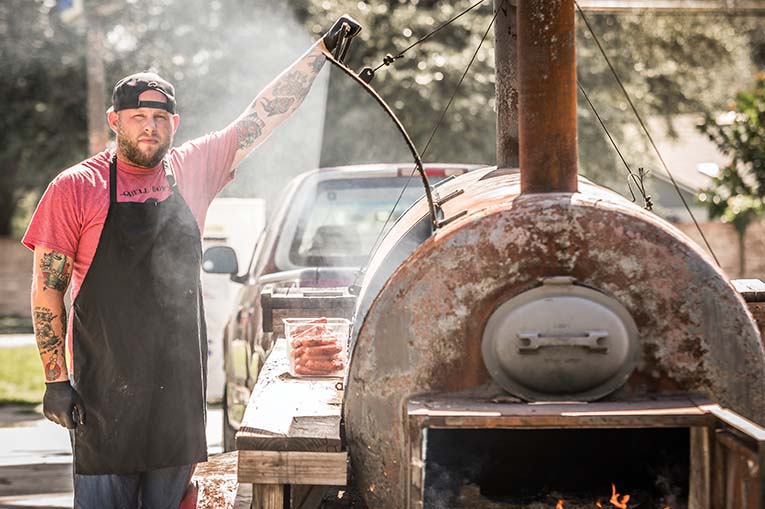 You could sense the collective gasp last April, as news spread that Chuck Cobb, owner of Git-N-Messy Barbecue, had been killed in a motorcycle accident. The outcry came from all sides: From fans of his food, who followed him from his humble beginnings serving barbecue out of a Sanford gas station. From the Central Florida food community, a collection of writers, influencers and superfans who had deified Cobb in Facebook food pages. From tributes on social media. On the pages of the Orlando Sentinel, Orlando magazine and beyond.

Our former editor, Barry Glenn, was so captivated by Cobb’s ‘cue that he penned a story for last year’s October issue after the young chef was featured on “Live with Kelly and Ryan” creating his Southern Poutine, a mashup of fries, pulled pork, slaw and cheese sauce.

Cobb, who was born in Georgia and raised in North Florida, told Glenn that barbecue was part of his life from the beginning. “Every Thanksgiving instead of turkey, we did sliced pork,’’ he said. With his uncle’s house as homebase, “that smoker would be rolling, and around lunchtime they’d be slicing it and we’d be saucing it.’’

After talking about it for months, Cobb had finally settled into permanent digs within Winter Springs’ Red-Eye’s Sports Tavern, when tragedy struck.

The outpouring from the community was heartfelt—and swift. A GoFundMe account with a goal of $5,000 to cover funeral expenses had raised over $24,000 at last count, with anything left going to assist Cobb’s wife and four children. Subsequent fundraisers held by other restaurants in Central Florida were also enthusiastically supported.

Amy Drew Thompson, multimedia food reporter for the Orlando Sentinel, remembers the day. The writer had come to know Cobb personally, and considered him to be a friend, but was always impressed with his creativity and diversity.

“I would like to have seen what else he would have done. He had his fingers in so many pots. When I first met him, he was actually doing sushi. He was great at barbecue, but he had so many interests,” she says.

Even as Orlando has said goodbye to Cobb, his memory lives on within the food community.

In September, Thompson reported that Cobb’s former partners in Git-N-Messy would be expanding to open another outlet within Sanford food hall Henry’s Depot. At press time, a tribute wall to Cobb is planned for the space, slated to open before the end of 2021.

Some say that food is the ultimate expression of love, and that breaking bread together is a sacrament. If that is true—and I believe it is—then supporting the work that Cobb began is the ultimate way to remember him and keep his generous spirit alive.