All the food at Cocina 214 comes in whole and is chopped, sliced, diced or squeezed on-site. It costs more time and money, but clean eating is essential to co-owner Lambrine Macejewski, who has eaten lunch there every day since they opened in 2011.

Cocina also has won the Dining Awards’ Best Mexican category among readers every year since opening. The place was born from Macejewski and her husband’s longing for the Tex-Mex they grew up eating in Dallas.

“We were going to Texas four times a year and our trips would revolve around food,” she says.

The menu started as a compilation of their favorite Tex-Mex dishes—quesadillas, fajitas, burritos and queso. Since then, it has evolved with their customers, including the addition of about 20 vegetarian options and aiming for fresher, more modern items. The enchiladas, for example, were once made with refried beans. Now they’re topped with lettuce, diced tomatoes, purple onion and sour cream.

“That was more old-school Tex-Mex. Half our staff is from Mexico, and they suggested making it Mexican style. It’s great in the winter after a long run.” *   East Welbourne Avenue, off Park Avenue, downtown Winter Park, cocina214.com —M.S. 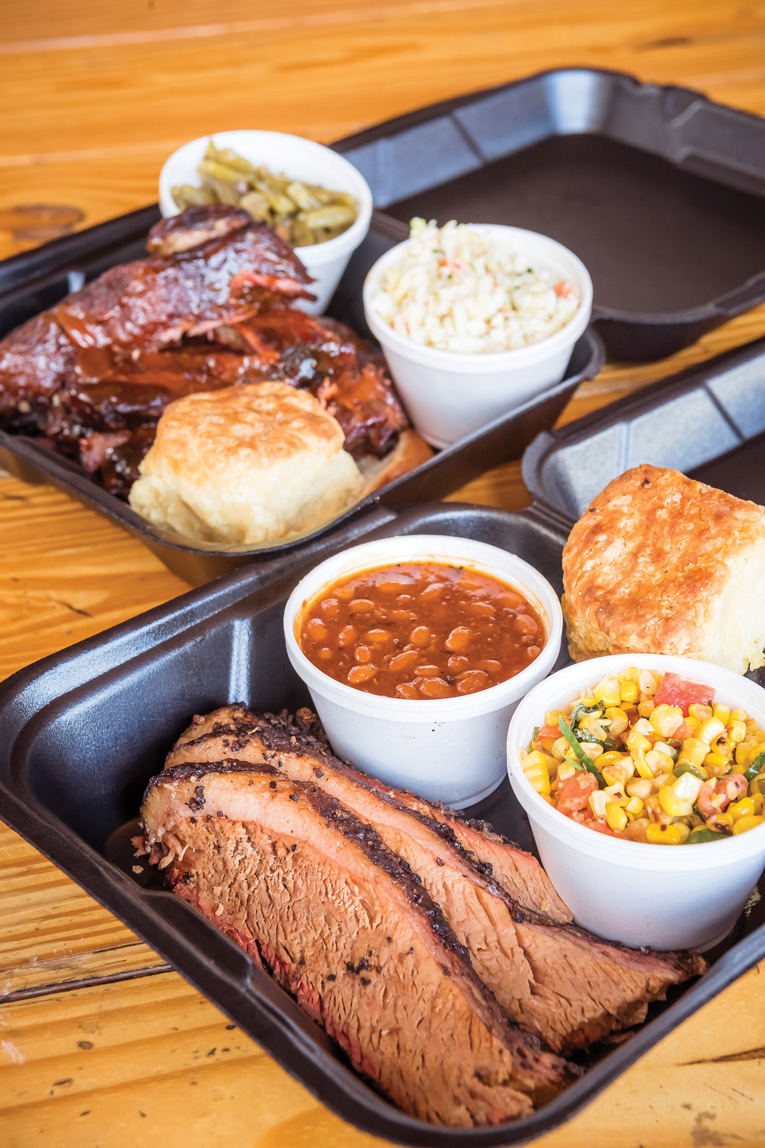 John Rivers is the Brisket King, plain and simple. That specialty is so good it was enshrined in Orlando magazine’s Dining Hall of Fame last year. And 4 Rivers dominates the ribs and general barbecue categories among readers year in and year out. There’s been a queue for the ‘cue ever since 4 Rivers started nine years ago in a tiny former tire-repair shop on West Fairbanks Avenue in Winter Park. Today, the empire encompasses 14 restaurants, including locations in Jacksonville and Atlanta. An added treat: the delectable desserts created by Andrea Zelen, the chief of bakery operations. * Six Orlando-area locations, 4rsmokehouse.com —B.G. 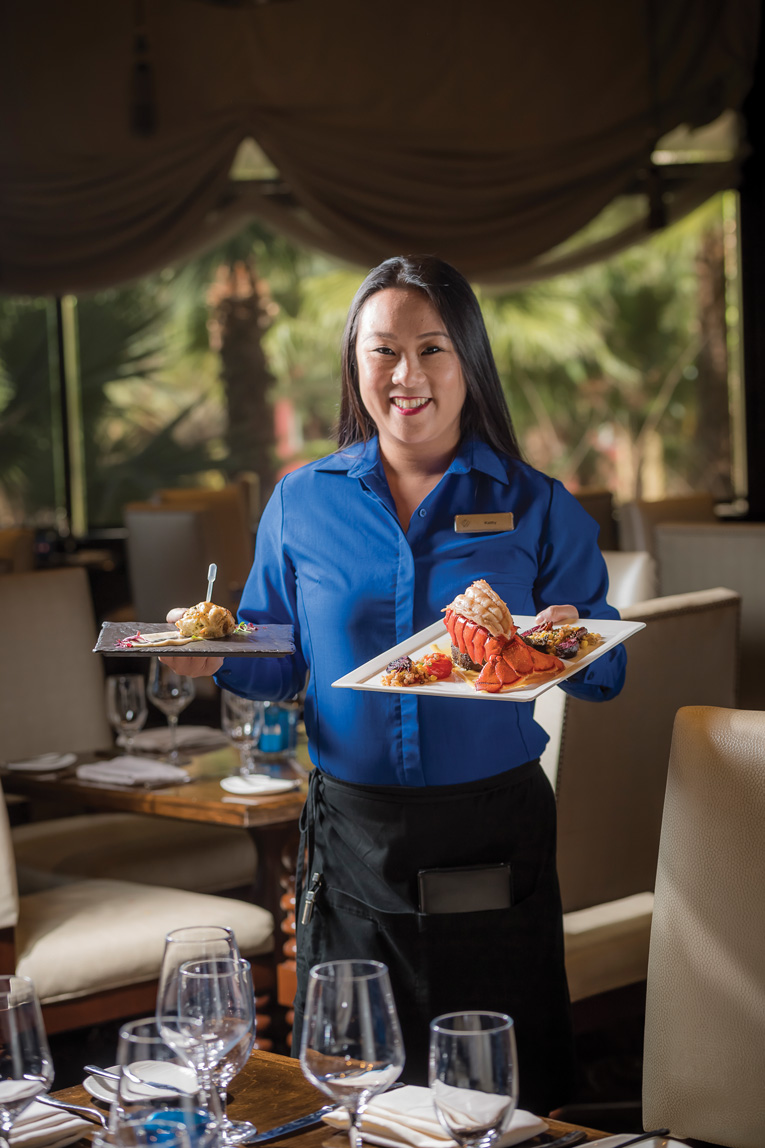 For the second straight year, deep blu captures honors for Best Service. “Attentive,’’ “professional,’’ “charming’’ and “knowledgeable’’ are words diners use in online reviews to describe their servers, who have the backing of a kitchen that over the years has ranked at or near the top in terms of seafood quality and preparation. The blu Crab Crusted Grouper and the blu Crab Mac N’ Cheese are crowd favorites. * Wyndham Grand Orlando Resort Bonnet Creek, deepbluorlando.com —B.G. 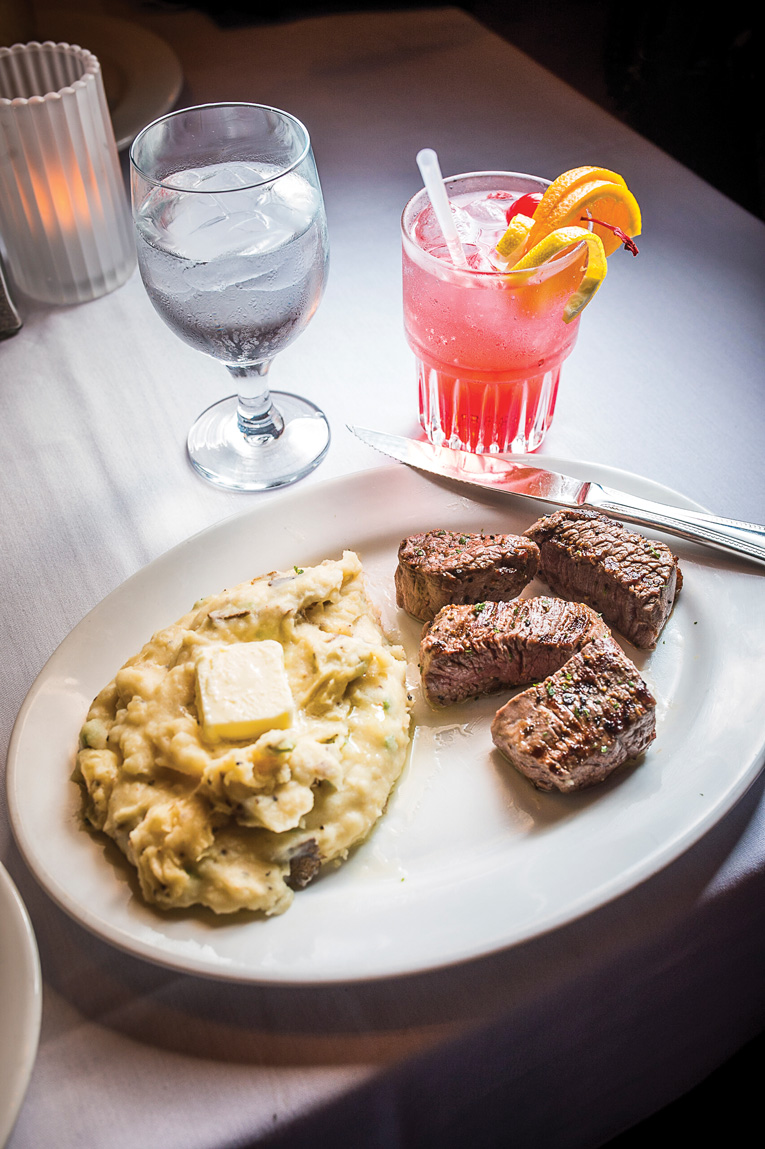 Time and tradition are two things the Christner family values. They’ve been getting their beef from the same slaughterhouse since they opened 25 years ago, and that provider has been in business since the 1800s. Another tradition: They’ve won the Best Steak House award from readers for seven straight years.

“The place hasn’t changed much. We just really try, because it is our name, to make sure the quality of the food, service and wine is constantly upgraded,” says owner Alice Christner.

Her husband and co-owner, David Christner, is at the restaurant every day where he oversees the wet-aging of the steaks, meaning they sit in their own juices, allowing the enzymes to tenderize the meat to perfection. His mother, who opened the restaurant with his late father, still comes in several nights a week, and all four of their children have cycled through the restaurant in various positions.

In the five years that Dining Room Manager Gerry Ovesen has been at The Venetian Chop House, he’s seen 36 successful marriage proposals.

Some he remembers well, such as the guy who snuck his then-girlfriend’s entire family in through the back of the restaurant so they could witness the proposal.

“There wasn’t a dry eye in the house,” Ovesen says.

Then there was the guy who asked if a waiter could read the proposal to his beloved.

“I said no, we’ll do anything for you but you have to ask the question.”

The restaurant that boasts old-world style, including intricate napkin folding and music by crooners such as Frank Sinatra and Dean Martin, also focuses on the right vino to set the mood. Wines are constantly rotated on a list based not only on taste, but the story behind the wine and its maker and how it pairs with the food on the menu.

“If you dine here and then come back three weeks later, there will be a completely different by-the-glass list,” Ovesen says. *Caribe Royale Orlando, World Center Drive near South International Drive, cariberoyale.com —M.S.