Your Wellness Guide: Eat Your Veggies 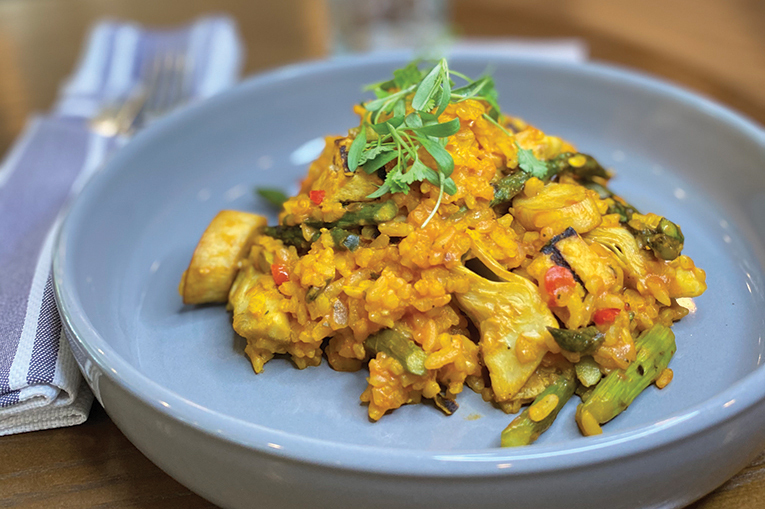 It wasn’t long ago that vegan and vegetarian diners struggled to find a restaurant menu that would suit their tastes. Meat was king. Veggies were relegated to salads or sides. But in recent years, plant-forward menus with creative culinary options have multiplied across Central Florida.

“Brush it with olive oil, salt and pepper, and roast it in the oven and serve whole—that is fantastic with some caramelized onions,” he says. Another “meaty” veg  Fonzo suggests is corn on the cob: “Smoke it and char it on a cast iron skillet over the fire, and it’s great with barbecue sauce.”  In-season roasted beets are a  favorite of his: “Roast them in the skin and slice them.”

This article appears in the May 2021 issue of Orlando Magazine.
Categories: Food & Drink, Home Page Features, News and Features
Tags: Delaney’s Tavern, eat your veggies
Want to read the whole issue? Download and read this issue and others on Magzter.