Tours, museums, music, verse and more—both local and far away. 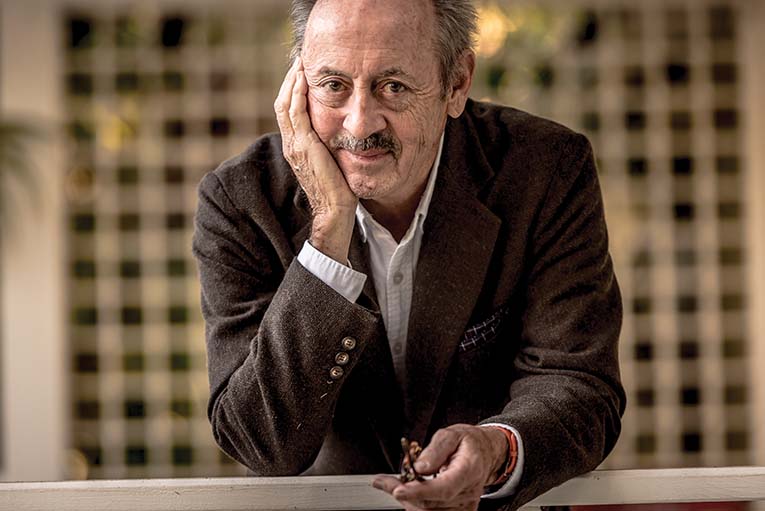 It’s likely that the Orlando Science Center will have to postpone its long-awaited June-to-September hosting of Pompeii, the Immortal City—a touring exhibit featuring priceless artifacts from the storied Roman metropolis that was buried beneath untold tons of ashes and lava by a volcanic eruption two millennia ago. If so, you can find some consolation in the numerous videos about Pompeii that are posted online, including several walking tours of the ruins, a re-creation of Pompeii as the prosperous, lavishly designed metropolis it once was, and the latest reports on archaeological discoveries. For two places to start, click here and here.

Science to go: To bridge the gap while it’s closed, the science center has created a website filled with activities and resources custom-made for at-home learning experiments. osc.org/at-home

While we’re on the subject of virtual walking tours, you can find many of them on the Google Arts & Culture site. Check out “Hidden Worlds of National Parks.’’ (The Carlsbad Caverns video is spectacular). artsandculture.google.com

Art and Museums To Go

Major art museums have offered virtual tours for years, but until recently it was just one way of seeing their galleries. Now it’s the only way. Here’s a partial list of art museums and galleries—local, national, and international—that offer noteworthy virtual tours.

Orlando Museum of Art has posted a “museum from home” selection of video tours on its Facebook page. facebook.com/OrlandoMuseumOfArt

Tour The Dali Museum in St. Petersburg at thedali.org/virtual-tour. Also check out a cool tour of the Dali Theatre-Museum in Spain at salvador-dali.org

The Winter Park Paint Out plein air festival has been postponed, but you can enjoy a virtual show of the participating 25 artists at winterparkpaintout.org

Taking a daily vitamin keeps your body in shape. A poem a day can tend to your soul. We know just the guy for the job. Billy Collins is a two-time U.S. Poet Laureate—a sage, scrappy native New Yorker transplant to Central Florida who could probably make his living as a stand-up comedian if the poetry gig ever dried up. Lately he has made it a point to read of one of his slyly humorous but ever-thoughtful poems every day on his Facebook page: facebook.com/BillyCollinsPoetry

Collins has been at this for a while and he has numerous poems, some of them accompanied by clever cartoons, on YouTube. If you happen to be a would-be poet or you are just interested in the craft, you might also want to check out his virtual class about writing poetry at masterclass.com. It’s one of many such classes, led by artists, entrepreneurs, and other high-performing professionals, on that pay-for-tutorials site.

Enzian, Maitland’s nationally recognized, nonprofit art-cinema café and theater, is offering “Enzian on Demand. It’s a partnership between the theater and film distributors so you can watch new releases at home via the Internet for about the same price you’d pay—$12—had you been able to see it the old-fashioned way. BYO popcorn. enzian.org

Orlando Shakes is keeping in touch with fans with a weekly series of retrospective moments from past productions at its Facebook site: facebook.com/orlandoshakes

Every night at 6 except Thursdays, Central Florida Community Arts presents a live concert at facebook.com/CentralFloridaCommunityArts. Past concerts are also available for viewing.

Timucua Arts Foundation is offering rebroadcasts and live performances of the various musical groups that perform at this intimate concert venue near downtown Orlando. timucua.com

You may or may not know that Orlando magazine dining critic Joseph Hayes is also a playwright and jazz producer. Watch a variety of plays and concerts—many of them staged at Timucua—on his YouTube channel. Click here.

Revisit the amazing “Playing for Change” YouTube series of videos, linking dozens of musicians from around the world to sing old favorites like “The Weight.’’

There’s nothing as reassuring as a visit with a familiar old friend in times of trouble. Garrison Keillor, the brilliantly folksy impresario of the Prairie Home Companion radio show, is still writing and frequently turns his attention to this current shut-in predicament of ours. garrisonkeillor.com

Best SARMS For Bulking - Look Buff For The Holiday Season