Don’t call them vegetarian, or vegan, or ovo-lacto or macrobiotic. A new wave of restaurants serving menus with a noticeable lack of animal products have termed themselves “plant based” and are leaving the stereotypes behind. This, quite literally, is not your father’s health food.

Billed as a “100% plant-based restaurant,” with influences of Indian, Italian and Chinese cuisine, Daya is an upscale environment, not surprisingly in a location just steps from Park Avenue. Owner Angi Bellingar runs an IT staffing company by day, and Daya by night… and day, and any moment in between, welcoming new guests within the taupe and clay-colored room or to the enviable outside patio.

Many dishes from the scratch kitchen are invented or fine tuned by Chef Michael Mullen, a jovial New Yorker who learned the craft of vegan cooking at the School of Natural Cookery in Boulder, Colorado. But most of the menu is Bellingar’s creations. Great-looking plates such as walnut & herb-crusted seitan ($21) and beer-battered tofu tacos prove that high-end food can be, in her words, “healthy and harm-free.”

With ingredients like the wheat protein seitan, cashew “cheese” and vegetable-based “krab” as her bases, Bellingar is in the faux-protein camp. “I don’t eat meat for ethical reasons,” she says. “It doesn’t mean I don’t miss the flavor.” 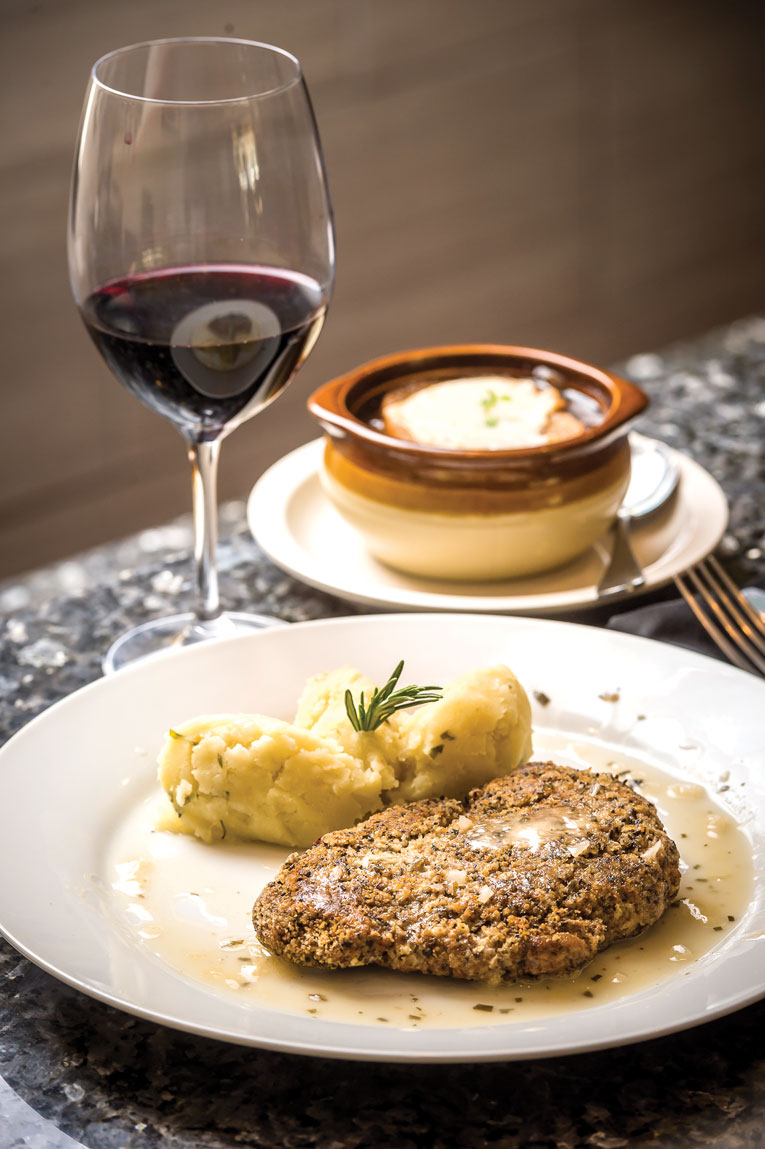 Market on South is a counter-culture East End Market. Just smaller, and without meat. On the periphery of the already hip Milk District (what co-owner Celine Duvoisin calls the “Almond Milk District”), the space with apartments upstairs and a barber shop next door is home to the Dixie Dharma restaurant, Valhalla Bakery, and the small-batch kombucha brewer Humble Bumble. The business is owned by Duvoisin, who does magical things with plant-based ingredients for the bakery (no eggs, no milk), and Shaun Noonan, the Le Cordon Bleu-trained chef behind Dixie Dharma and the perennial Vegan Hot Dog Cart.

Salads, of course, are present on the menu, but the standouts are bold, hearty, some might say meat-like, creations like the Georgia peach sloppy joe ($11), a tempeh and peach combination spiced with a rich sauce that could stand up against any BBQ sandwich and kick its pulled-pork butt.

Duvoisin, with tattoos running from one wrist, across her arms and collarbone, to the other, is as colorful as her ink: a teenage stint as a carnival worker and her recent marriage in Las Vegas are just the highlights. Her wizardry with unrefined sugar creates proudly gluten-rich delights like the Nanaimo bar featured in our February “Sweets” issue, and doughnuts so irresistible that people line up to purchase more than 400 of them on a Sunday morning. 2603 E. South St., Orlando, 407-613-5968, marketonsouth.com

The Sanctum’s front window is emblazoned with the logo “Real, Damn Good Food.” And it certainly is.

The Sanctum opened just this past January, a labor of love and conviction for the former Chelsie DiPaolo, now sharing the enviable last name of Savage with her new construction engineer husband, Jamie. “Anything you taste is mine,” she says.

It’s a neighborhood café in an area seemingly lacking in neighborhood, creating its own community and attracting young yoga students, new moms and older diners who seek out healthy food without donning the vegetarian label. In fact, you won’t see the word on the menu. 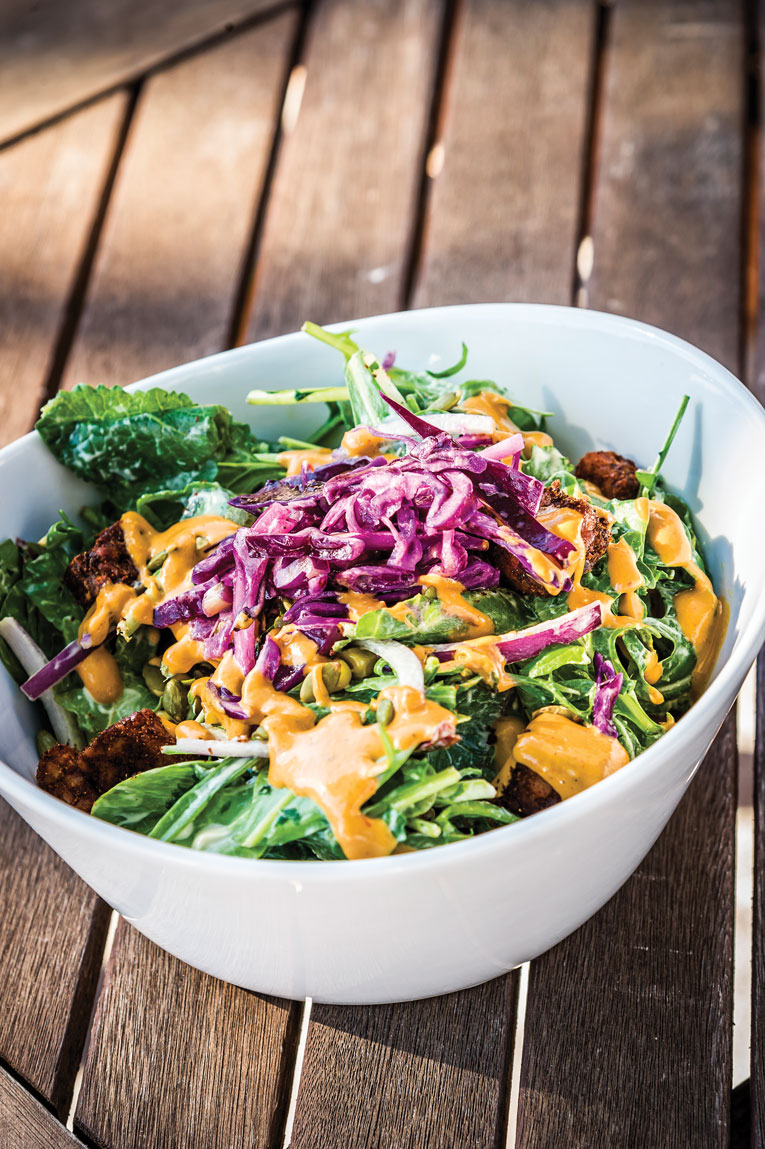 Sedona Bowl at The Sanctum

Every item, like the Sedona Bowl ($13.50), a combination including brown rice, butternut squash, beets, tempeh and an avocado ranch dressing, is vegan, unless you request goat cheese. Breakfasts are gluten free until you order toast.

Savage, a trained nutritionist, calls The Sanctum “a fresh restaurant. This isn’t a subtractive menu; it’s not about what you’re not eating. I want to make health-promoting food while pleasing the foodie taste buds.” 715 N. Fern Creek Ave., Orlando, 407-757-0346, thesanctumcafe.com

Check out these other time-tested vegetarian favorites