Central Florida attracts new residents from all over the U.S. and beyond. Iconic regional chains have taken note, and are flying south as well. 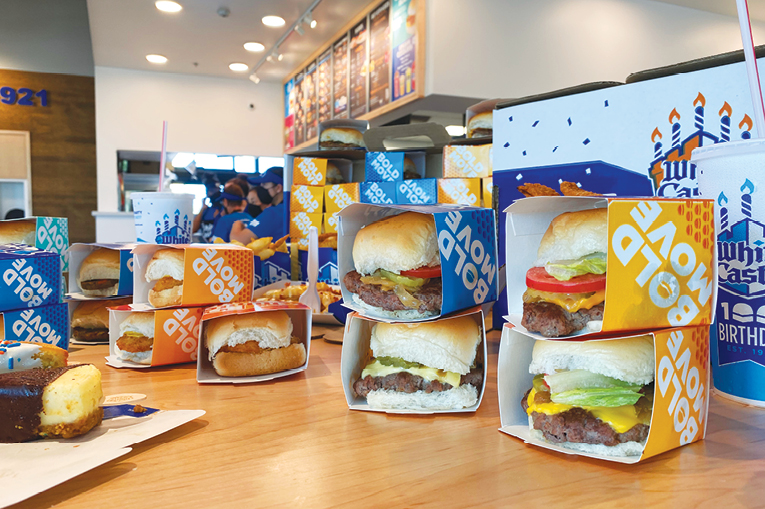 If someone casually asks who started the fast-food revolution, you might be tempted to answer that the Golden Arches were first; but you’d be wrong. The much less ubiquitous and still-family-owned White Castle actually ushered in the concept long before others got there. The chain, known for its famed square sliders, got its start in 1921, when Edgar Waldo “Billy” Ingram and Walter Anderson opened their first location in Wichita, Kansas. And yes, if you are the math-y sort, you’ll deduce that the company turns 100 years old in 2021. In a fitting tribute to its centennial, White Castle has returned to the Florida market (four locations operated in Miami during the 1960s). The new Orlando location, its largest free-standing store, opened to the cheers and cravings of fans last month in The Village at O-Town West, near the attractions. 11595 Daryl Carter Parkway, Orlando. whitecastle.com

Craving dogs instead of burgers? How about a Hot Italian Beef Sandwich, or a Chocolate Cake Shake? Portillo’s has been a Chicagoland institution since 1963, when Dick Portillo opened his “Dog House” in Villa Park. Serving those iconic Chicago-style dogs—an all-beef frank topped with mustard, neon-green relish, celery salt, onions, tomatoes, pickle and peppers on a steamed poppy seed bun—is their calling card. But they’re also known for Italian Beef sammies, piled high with addictive hot giardiniera peppers. (Order it dipped and prepare for the deliciously messy results. Trust us.) Opening of the spot in The Village at O-Town West has been delayed, but we’re hoping to see those twin drive-thrus buzzing soon. 7715 Palm Parkway, Orlando. portillos.com

Holy butter burgers, Batman! This little midwest chain serves up craveable bites made famous in America’s heartland: think creamy frozen custard, addictive cheese curds, and of course, those burgers. What began as one spot in 1984 has blossomed into more than 740 stores scattered across the U.S., with eight locations right here in Central Florida. Now, if you’ll excuse me, I need to go order a Blueberry Cheesecake Concrete Mixer. Various locations, Orlando. culvers.com