Market to Table: Cornering the Market

Market to Table is a Winter Garden gem, with Chef Ryan Freelove offering a menu of seafood, fowl and more, enhanced by house-made seasonings.

The experience of going to Market to Table a few months ago gave me another chance to remember how much I adore Winter Garden. Comparing the carefully curated brick buildings (thank you, city managers), the tree-lined streets and central greenway of main promenade Plant Street with bar-saturated downtown Orlando is like night and a completely different, much seedier night. As a New York boy, I’m genetically attracted to brick facades, families strolling the streets and the sound of live music, like the well-executed jazz played by area pros that can be heard from Pilars, or the acoustic sounds emanating from the mid-street gazebo on weekend evenings.

The small corner alley that leads to Market to Table holds a gift shop, an Axum coffee location, and Urban Flats, all nestled in brick and delightfully small. Originally the home of al Fresco, a Mediterranean restaurant that made use of produce and fish from hydroponic farmers Green Sky Growers on the roof of the Roper Garden building, M2T sits behind the Garden Theatre (is actually in some ways attached to it) and across from the new Winter Garden parking garage. 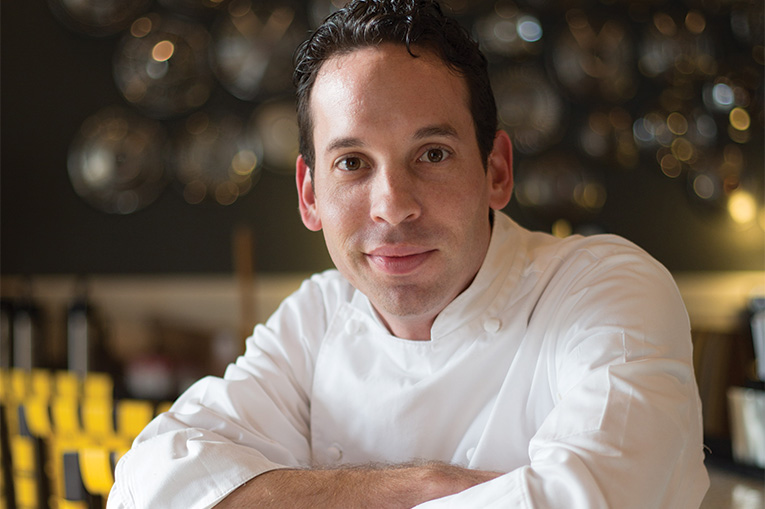 Chef/owner Ryan Freelove keeps his “modern, American cuisine” simple, sourcing in Florida, including vegetables and greens from four stories above his head.

He grew up in Winter Park, studied at the Pennsylvania Institute for Culinary Arts and has worked in the kitchens of Victoria & Albert’s, The Ritz Carlton Orlando and the former Peabody Orlando. But his greatest impact on the local food scene may be his soups and salad dressings, which he sold for several years at the Winter Garden Farmers Market (and still does) before taking over the al Fresco space.

M2T moved into the space a year ago with few design changes. And few were needed. The comfortable brick interior is casually elegant, wire rack shelving filled with crystal and cookware punctuating the space between tables. I do have to caution that the doors leading to outside seating make some horrendous noises, not improved since I reviewed al Fresco many years ago. A minor complaint but annoying.

The food, on the other hand, gives me no reason to complain. Freelove calls himself “a traditionalist” who manages a small, approachable menu. Appetizers like shellfish-packed crab cakes and grilled beef skewers are simple and simply well done. The scallops ($12), two exquisitely seared rounds atop al dente black beluga lentils, are sweet and breakaway tender. Fried calamari ($10) is dressed with tangy lemon aioli. “Mine are gluten-free,” the chef says, implying a secret recipe, then admitting they’re coated in rice flour. “That’s going to show up everywhere now.” 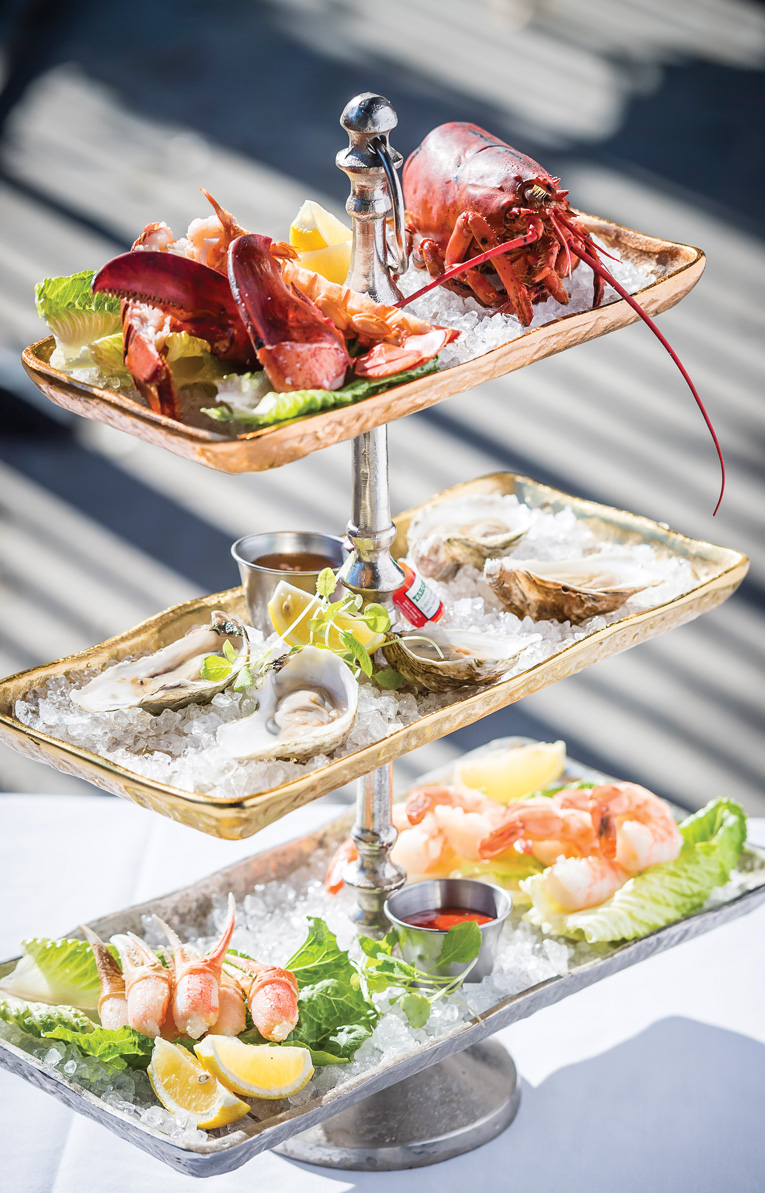 The formidable seafood tower serves as an an introduction to the many culinary talents of Chef Ryan Freelove. (ROBERTO GONZALEZ)

He serves fish simply robed in lemon juice, and a lovely airline chicken breast ($24), skin  seared and richly flavored, accompanied by potato puree and a grilled mini-squash filled with beets and duck confit that is so cute it’s almost a shame to eat. Almost.

“I’m not trying to be fine dining,” Freelove says, “I just want to focus on the best food I can make.” He would rather lightly brine chicken to “get the flavor from inside out” than overload the dish with salt afterward. He uses grass-fed beef bones for a sauce that takes 72 hours to reduce, and a “clean, pure” veal syrup that goes from six gallons to two pints in its preparation. That sauce accompanies a fork-tender filet mignon ($28) that demands slowly savoring.

Soups, like the fall offering of butternut squash ($5), have great depth of flavor and a silky smoothness.

​Freelove cooks with his own products, such as stocks, herb butters and sauces, and sells them at the restaurant while still supplying M2T’s stall at the farmers market. His artichoke truffle spread can be found accompanying the “Breads and Spreads” menu offering ($12), alongside garlic hummus and local breads.

“I’ve been around here a lot,” he says. “People may not know my face, but they know my parents!” Freelove’s folks, Marlene and real estate agent George, work the booth on Saturdays. “He’s the salesman; you should hear him,” Ryan says. “He tells people ‘this tastes good on chicken, it tastes good on shoes—buy it!’ ”

Market to Table has a seasonal menu (the fish item changes bi-weekly or with availability) as well as seasonal hours, with lunch offerings dropping off the schedule when traffic is low. For now the restaurant is open for dinner Wednesday through Saturday, with Saturday and Sunday brunch, but Freelove says he’s aiming to be open for “three a day”: breakfast, lunch and dinner.

Classically set in a remarkable environment, offering approachable food wonderfully prepared, Market to Table has a lot to offer, and I hope diners within and outside Winter Garden pay attention. It’s a lovely stroll.