Whether you’re looking for an arena hosting the hottest group or an intimate hall to catch the latest indie act, Orlando has a venue—and a show—for you.

…about a live musical performance. Neil Young said it most succinctly: “Live music is better.” To be in the venue, in the same room, as musicians bring life to old favorites and new compositions is to watch artistry unfurl before your eyes. And what would the world’s top destination be without a few great places to see a show? Not only does Orlando attract top touring talent to its myriad of hot spots; there are also plenty of places for homegrown acts to share their craft. Looking for a great show downtown, or something a little closer to the tourism corridor? Regardless of your tastes and size preference, there are plenty of options to choose from. 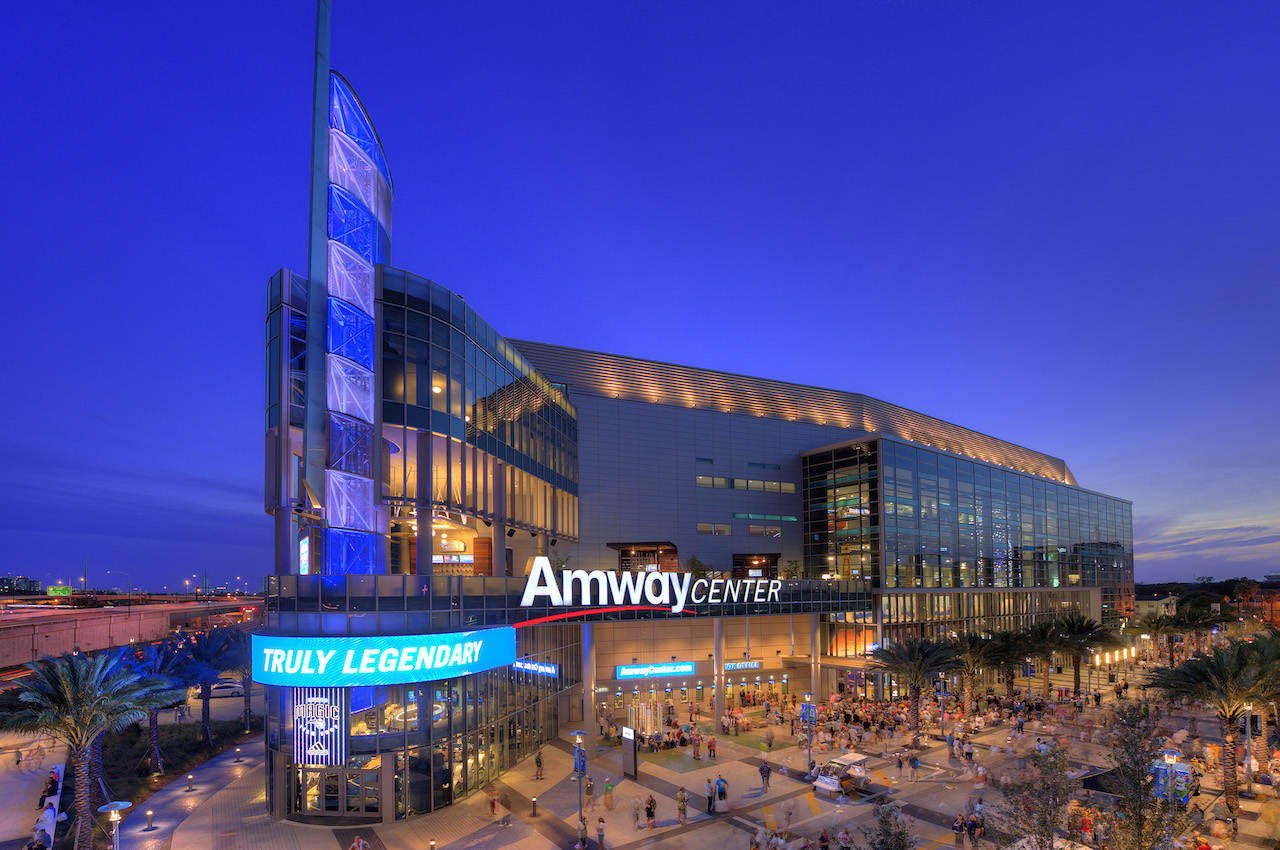 If you’re looking for the biggest names in music today, with the largest, worldwide tours, Downtown Orlando’s Amway Center is the venue you seek. At more than 875,000 square feet, the Amway has a capacity of up to 18,500 guests, depending on configuration. While the arena is the home turf for both the Orlando Magic and the Orlando Solar Bears, it also hosts top names in musical entertainment. During January and February, visitors can take in a performance by country music superstar Jason Aldean on Jan. 31. www.amwaycenter.com 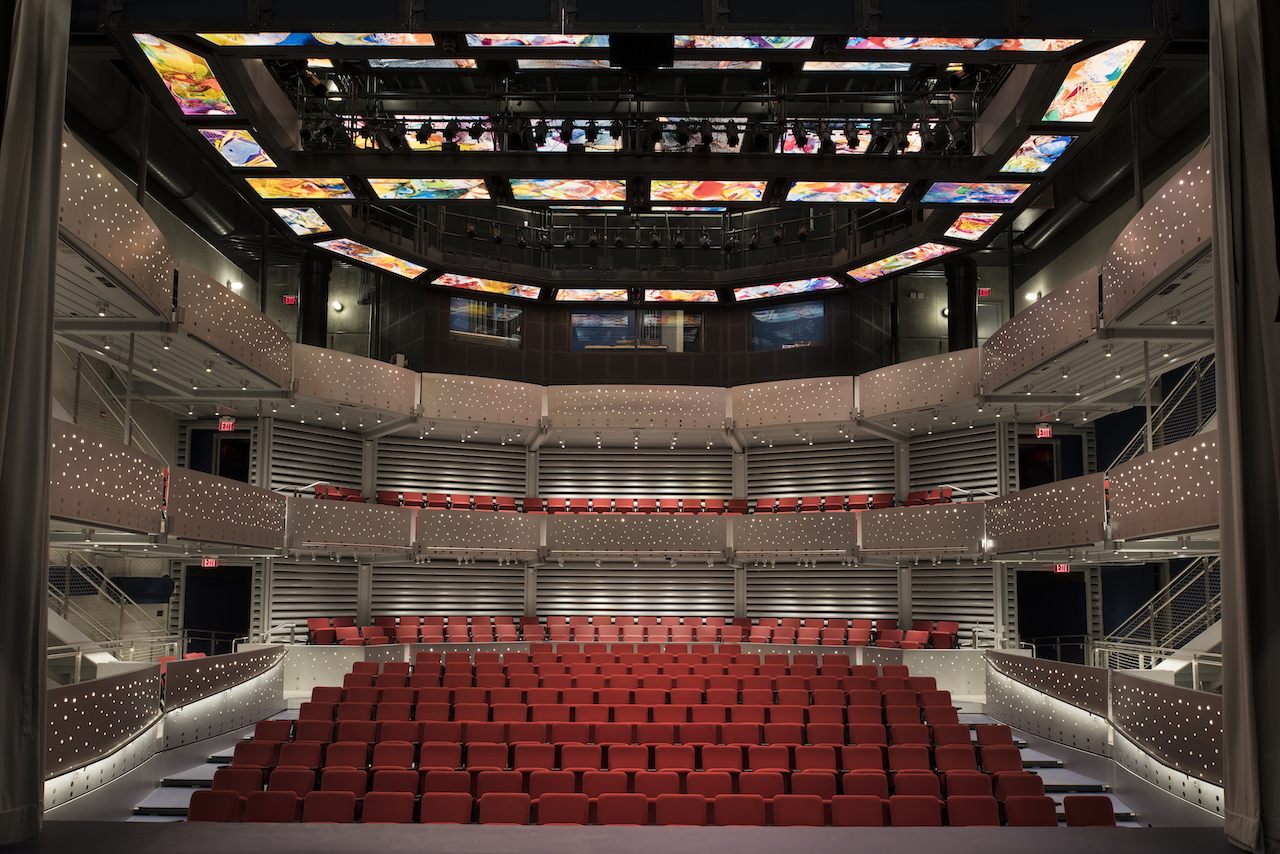 Located in the heart of Downtown Orlando, the Dr. Phillips Center is the cultural hub for all of Central Florida. The center plays host to a myriad of performances, ranging from ballet to big band, and symphonies to children’s shows. Currently, the center offers two different theaters: the Walt Disney Theater is the larger of the two, with just over 2700 seats, while the Alexis and Jim Pugh Theater holds 300 guests. In 2020, look for the grand opening of the center’s final phase, as the acoustically-perfect Steinmetz Hall will debut sometime this year. If you’re looking to catch a show this month, catch the Orlando Philharmonic’s Tribute to Aretha Franklin (Jan. 11), The Glenn Miller Orchestra (Jan. 12), The Beach Boys (Feb 19), II Volo (Feb. 20) and many more. www.drphillipscenter.org

Orlando’s own “Coliseum of Rock” can be found at Universal Studios Orlando, and is adjacent to both a cafe and a resort bearing the same name. Its convenient location within the tourism corridor makes the Hard Rock a great place to catch a show if you’re in town for vacation or a conference. Catch Keith Sweat on Jan. 17 or Gilberto Santa Rosa on Feb. 16. www.hardrock.com/live/locations/orlando/ 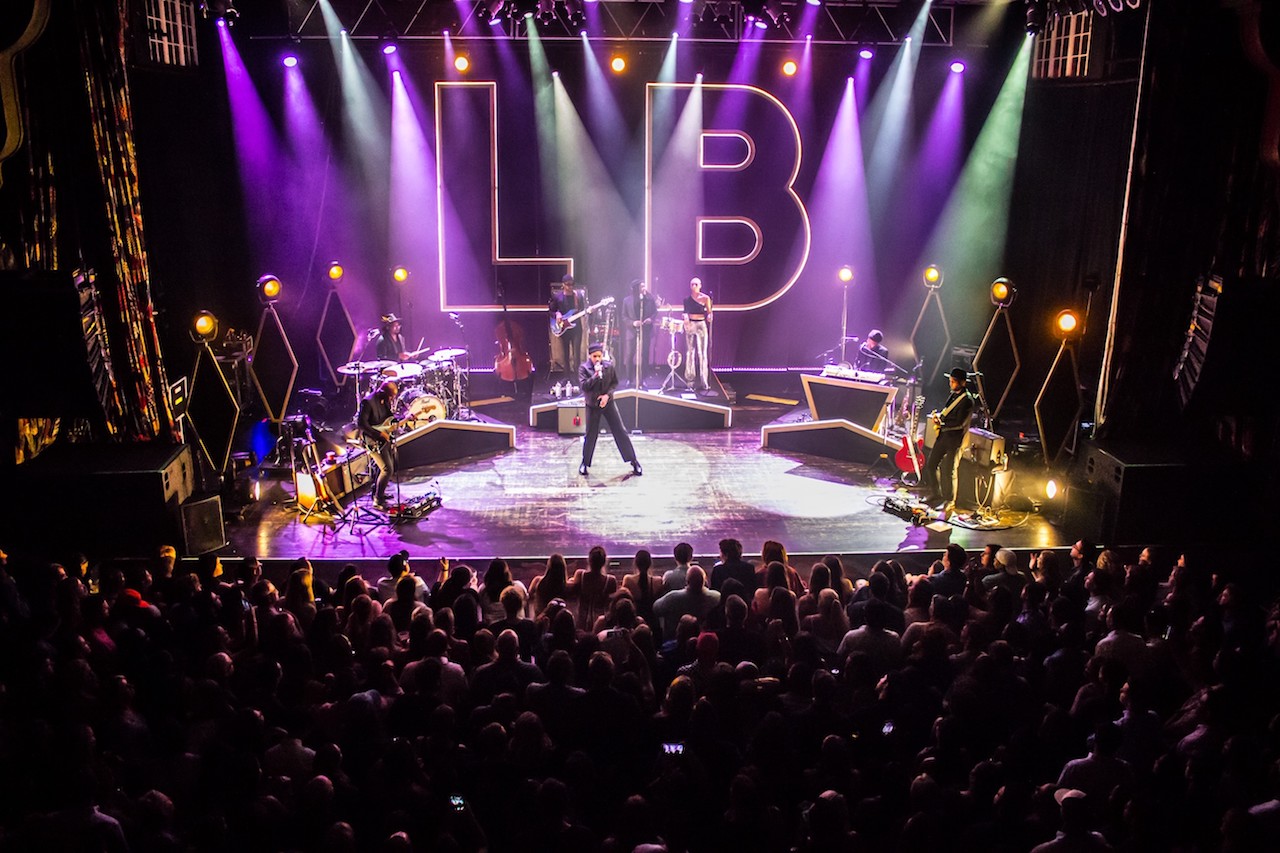 Located in Disney Springs, this vibrant venue celebrates blues culture with iconic decor and diverse musical offerings, which include everything from rock and hip hop to country and Latin music. For an uplifting experience, book the Gospel Brunch that takes place most Sundays, starting at 10:30 a.m. This month and next, catch acts such as The Motels Jan. 25 and Whiskey Myers on Feb. 1. www.houseofblues.com/orlando 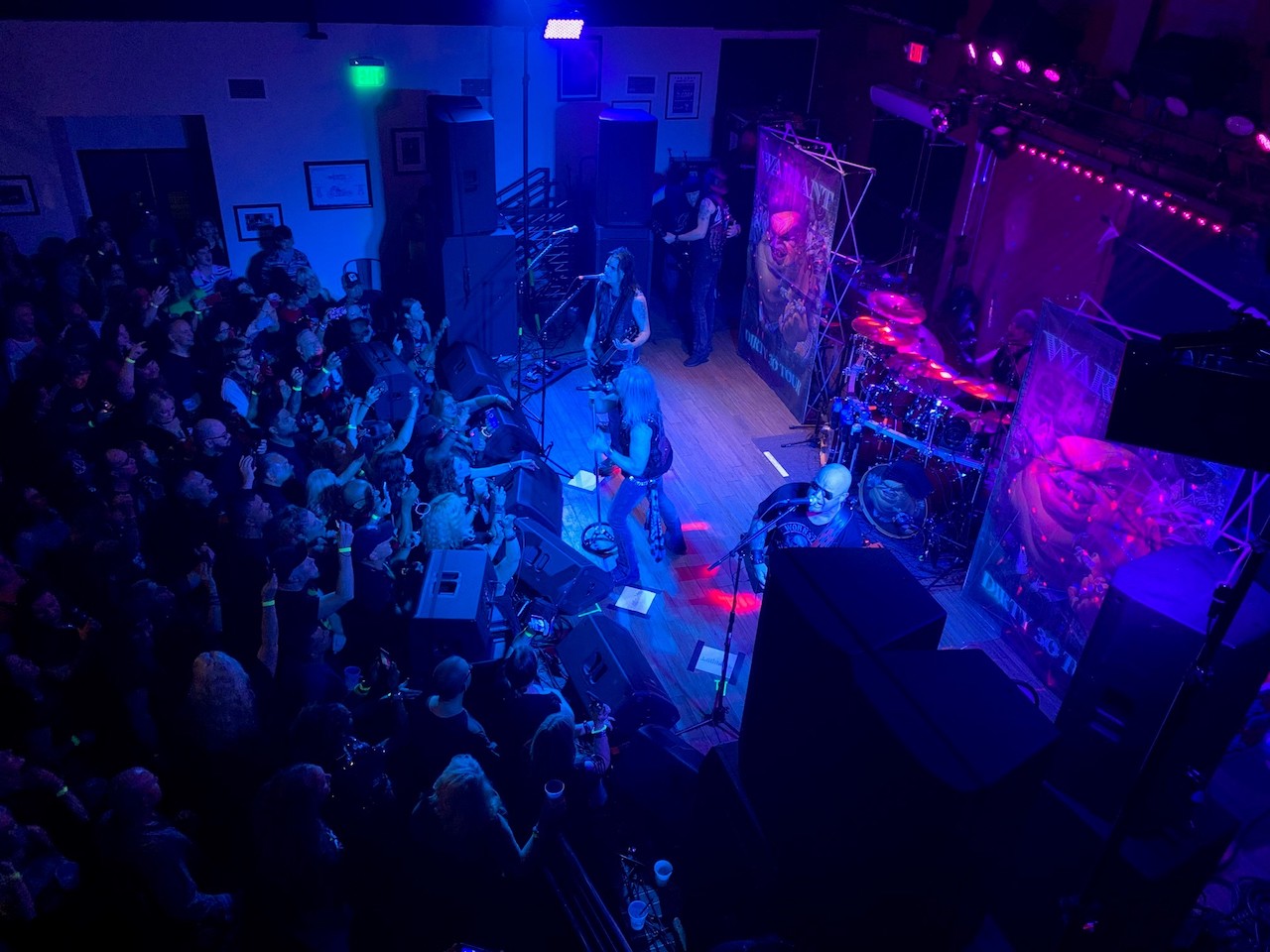 “Meet me at the Ace.” It was the rally cry for a generation of bikers coming of age in the 1950s and 1960s in London, England. What began as a cafe catering to truckers in the 1930s blossomed into a hang out for an entire generation that met changing the changing social fabric head on. Now, fans of bikes and rock n’ roll have their own hangout stateside—right in the middle of Orlando. Featuring the “Backyard at the Ace” concert venue, it’s a great spot to grab some pub grub, hang out with friends and, of course, catch live music. Look for performances by British Lion (Featuring Steve Harris of Iron Maiden) on Jan. 18 and punk band Black Flag on Jan. 25. www.acecafeusa.com

Located in Orlando’s Mills/50 neighborhood and business district, Will’s Pub has long been an incubator for the Florida-grown indie music scene. What began as a neighborhood bar in 1995 has become a venue for 200, hosting notable acts such as The Decemberists, Rachel Goodrich and many, many others. If you’re looking for a place to Live Like a Local, Will’s Pub is the place to do it. This month and next, catch Cbdb Jan. 12 and The Main Squeeze Feb. 13. www.willspub.org 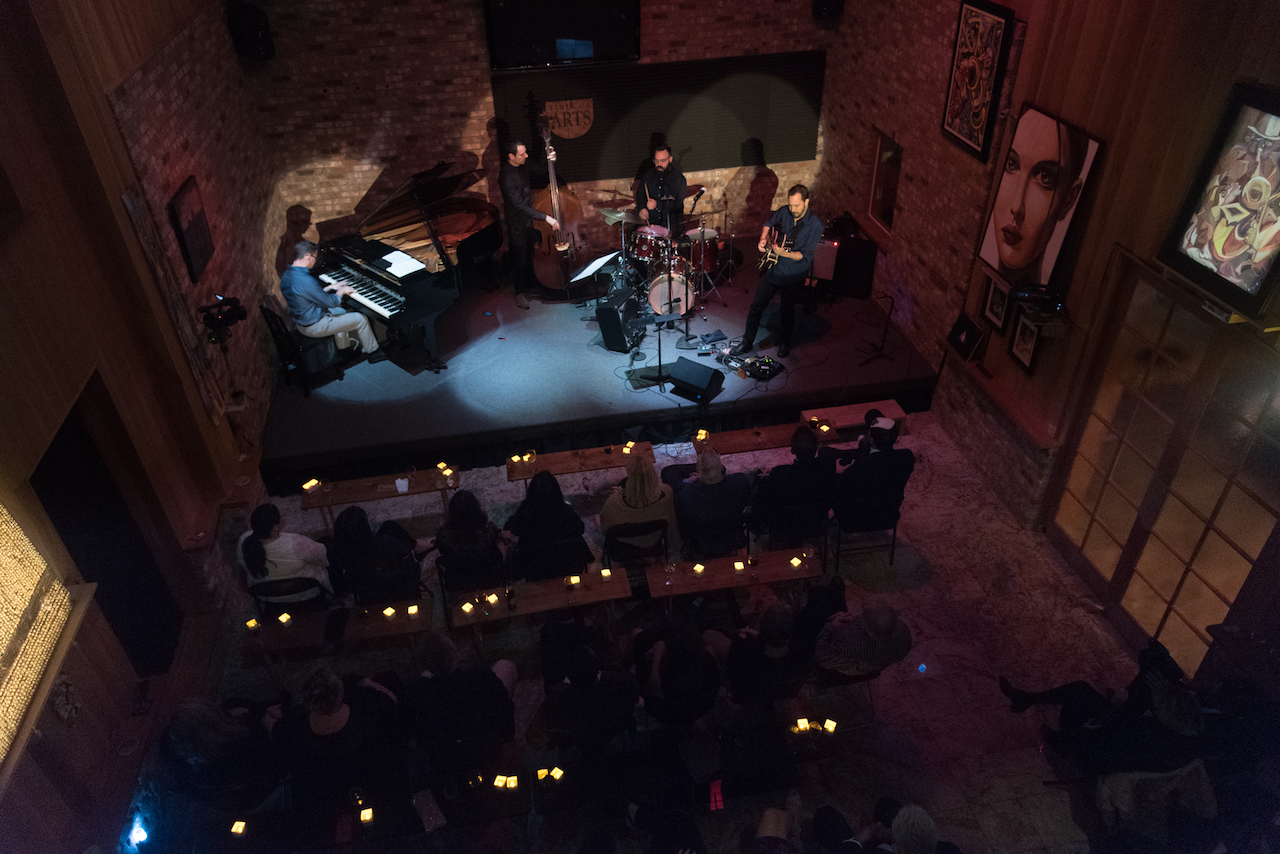 Founders Benoit Glazer and Elaine Courriveau founded the Timucua Arts Foundation for an excellent reason: they couldn’t find a great location to hear live music on Benoit’s nights off as a Cirque du Soleil musician. Intimate concerts held in their home quickly grew in popularity, and Benoit designed a new home that included a 100-seat performance hall, which opened in 2007. These days, the white house hosts more than 100 events each year, ranging from open houses on Sunday nights, when guests pay what they want and bring food and wine to share, to ticketed events, to Saturday matinees. Through it all, their belief remains the same: art and music belong to everyone. www.timucua.com

Categories: Where Orlando
Want to read the whole issue? Download and read this issue and others on Magzter.