It's a Tough Life

But somebody has to do it. And when it's for a good cause a critic's task is even sweeter.

When people find out what I do for a living, one comment immediately comes leaping from their lips. I can see the words forming in their brain: “That must be a great job’’ (or the variants, “I’ve always wanted to do that’’ and “How did you get that job?”)

The truth is, meeting amazing chefs and food folks, trying new dishes and traveling to fabulous places really is a great job. It allows me to talk with people I admire (most times), get inspired by skilled and inventive cooking (usually), and champion the exploding culinary community of Central Florida to an often unaware world (always).

But there’s more to this eating-for-a-living gig than just knowing which fork to use and packing on the pounds. Food and the celebration of same also involves the livelihood and well-being of everyone. Consider, for example, my past weekend…

Saturday: Taste! Central Florida, a big-time gathering of chefs and the foodie scene, filling the 100,000 square-foot ballroom of the Orlando World Center Marriott with booths and chefs from more than 40 local restaurants and food service companies. I saw many friends and an awful lot of shiny outfits and tiny plates as people wandered, sometimes bleary-eyed, to sample food from giant names like Benihana, Capital Grille, Gaylord Palms, Disney and Universal Studios; and local heroes such as Cress, 4 Rivers, Urbain 40, Natalie’s Orchid Island Juice, Orange Blossom Brewing and Rosen Hotels. More importantly, the event raised money for Second Harvest Food Bank and the Coalition for the Homeless. Ticket sales contributed more than $300,000 to address the issue of hunger in Central Florida this year, and all of the funds will remain in this area.

Sunday: A collaborative dinner at The Ravenous Pig, celebrating the cooking of RP chef Nick Sierputowski and James Beard-nominated Ferrell Alvarez of Tampa’s Rooster and the Till. The sophisticated and slightly edgy menu included a beautiful duck “bulgogi” served on a spicy kimchi cracker, slightly seared cobia with sea beans and pickled cherries, and chicken stuffed with boar sausage. The dinner’s purpose was to introduce the fans of both restaurants to one another, and it introduced me to a talented and unique chef in Mr. Alvarez. 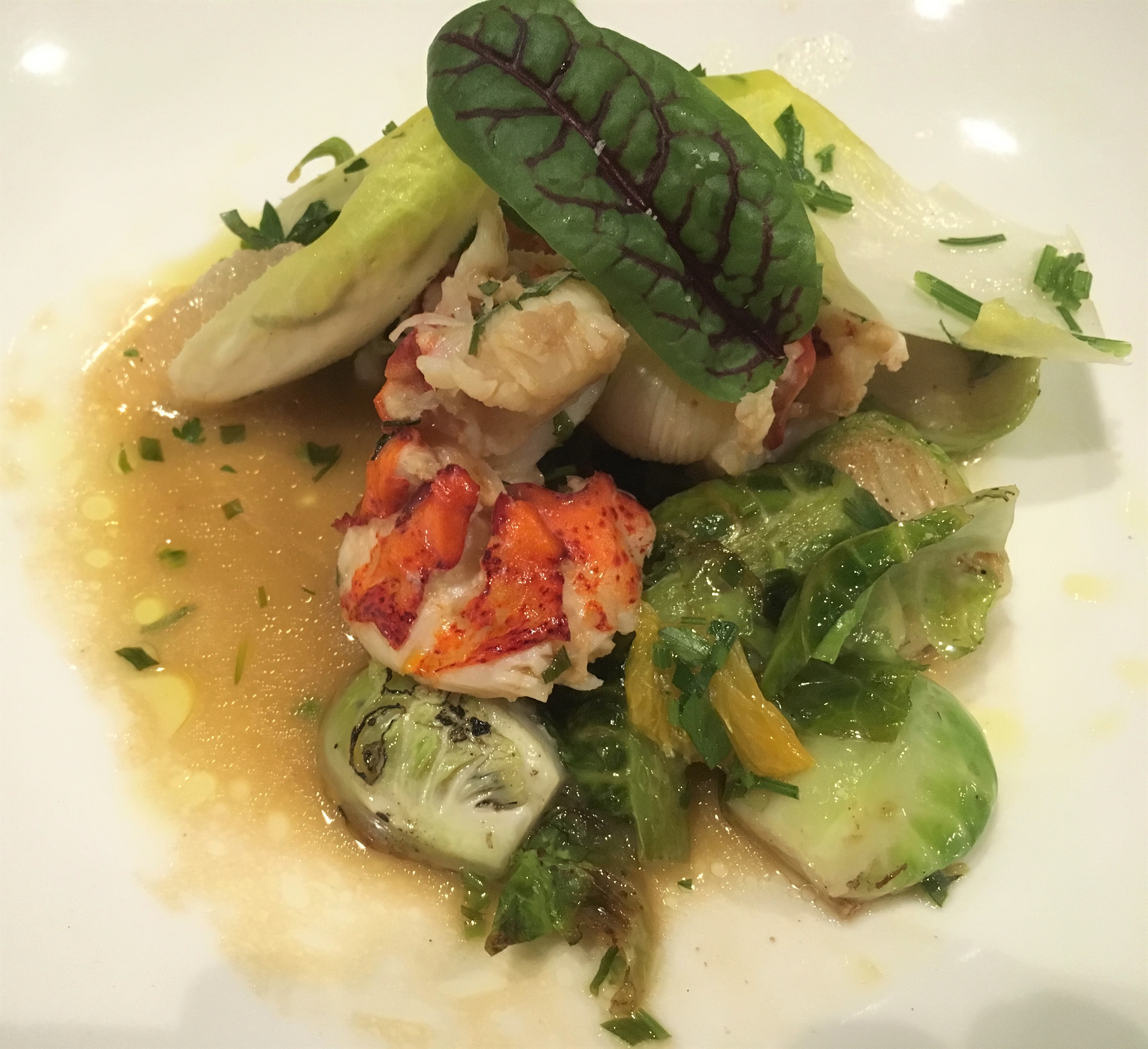 Monday: A trip westward to judge the finale of the Epic Chef Showdown at Tampa’s foodcentric Epicurean Hotel. Pitting  Chef Paul Boucher from modern American Mise En Place against Chef Colin Reinsmith from Southern/Italian Noble Crust,  the night wrapped up a seven-week competition among some of the best chefs in the Bay area. Having to make dishes with  mystery ingredients (lobster and Coca-Cola (left); dried aged ribeye from Bern’s Steakhouse; artichoke and Taleggio   cheese)  while being judged by me, radio host Mike "Cowhead" Calta, Tampa Bay Times columnist Ernest Hooper and  Orlando’s own Retro-Rad Emily Ellyn is no picnic, but they surprised and dazzled us all. (Chef Reinsmith was declared the  victor.) But  the purpose was to spotlight the plight of the food insecure in Tampa Bay, where more than 700,000 go hungry,  by benefiting Feeding Tampa Bay, raising enough during the competition to pay for 150,000 meals.

Yeah, the job is time consuming, and sometimes, just sometimes, monotonous. But the devotion and service to the community and the work ethic of these remarkable people—and the food (oh the food!)—makes it all worthwhile.

Stay in touch with Joseph at joseph.hayes@orlandomagazine.com. You can access a comprehensive list of his print and online reviews here!