In Praise of Ramen

Prime places for a heavenly bowlful of noodles, broth and more.

Last week I went to a screening of the 1985 movie Tampopo at the Enzian Theater. The archetype of all food movies, made when references to high-end gastronomy and humor about food snobs was appreciated by just a tiny segment of the audience (unlike now), it revolves around the search for perfect ramen. Combining very smart and slapstick humor, it is a love poem to the traditional Japanese ramen restaurant, and it makes me crave a bowl of noodles and broth just thinking about it.

So while I dream of an authentic phone booth-sized ramen-ya opening in Orlando someday, here’s my unscientific, totally biased, Top 6 roundup of local ramen (there are lots more—tell me your fave!):

Baoery Asian Gastropub: Excellent in all regards, particularly the kimchi shellfish. But sadly, you’ve got only a couple of days left to enjoy it. More on that below.

​Seito Sushi: House-made noodles and a rich broth makes for an outstanding bowl. 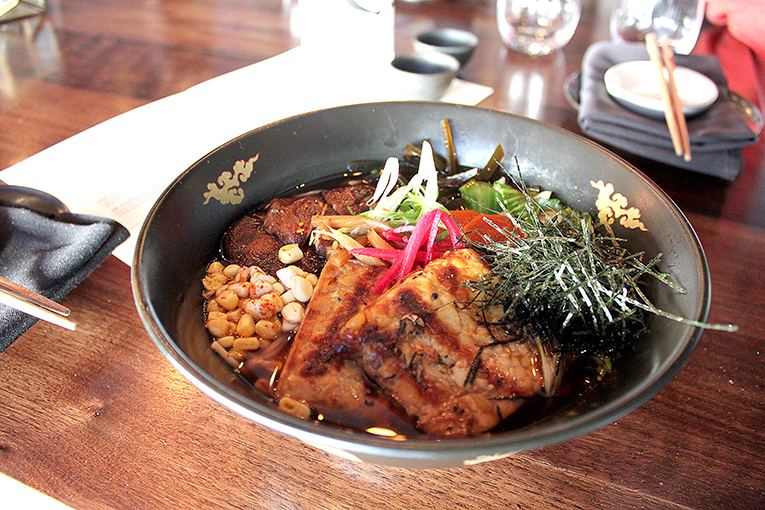 Vegan ramen at Seito Sushi (photo courtesy of the restaurant)