At Fig’s Prime, Victor Gonzalez demonstrates a mastery of many cuisines, whether Continental, American or Caribbean.

“In order to graduate from high school,” he says, “I needed to take another course. I took ‘the kitchen’ because it was inside and had air conditioning. Puerto Rico is hot as hell. But I never thought I would get a career out of it.”

A career he got indeed, moving around the Orlando area since his arrival in 1982, to his latest venture at Fig’s Prime in Altamonte Springs. With touches of Continental, Caribbean and American cuisines, it is the epitome of a chef-owned, chef-driven restaurant and well worth seeking out. 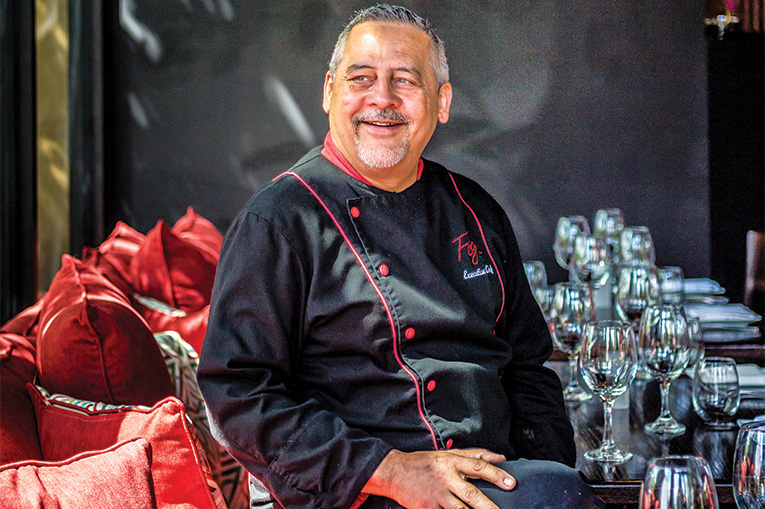 Gonzalez says he has based his menu around his favorite meals, including things he practiced in other kitchens. “I wanted to bring a good, prime certified Angus steak to the table but not charge $60.” Case in point: a remarkable 8-ounce prime sirloin ($28), standing easily three inches tall, artistically seared to luscious tenderness at an ideal temperature. This regular menu item was presented as a Magical Dining offer in September and may have been the best deal in town.

Born in Puerto Rico, Gonzalez came to Boston in 1980, then moved to Orlando two years later. His first job was in a pizzeria, and his Florida career has been primarily pizza and Italian cuisine based: Christini’s, Sbarro’s, Antonio’s, Donatos Pizzeria, and Alfredo’s at Epcot.

“I learned veal scallopini ($26) years ago at Alfredo’s. I was just a kid, but I loved that dish, with roasted peppers and prosciutto. My first date with my wife, I made that dish for her. And she loved it.” 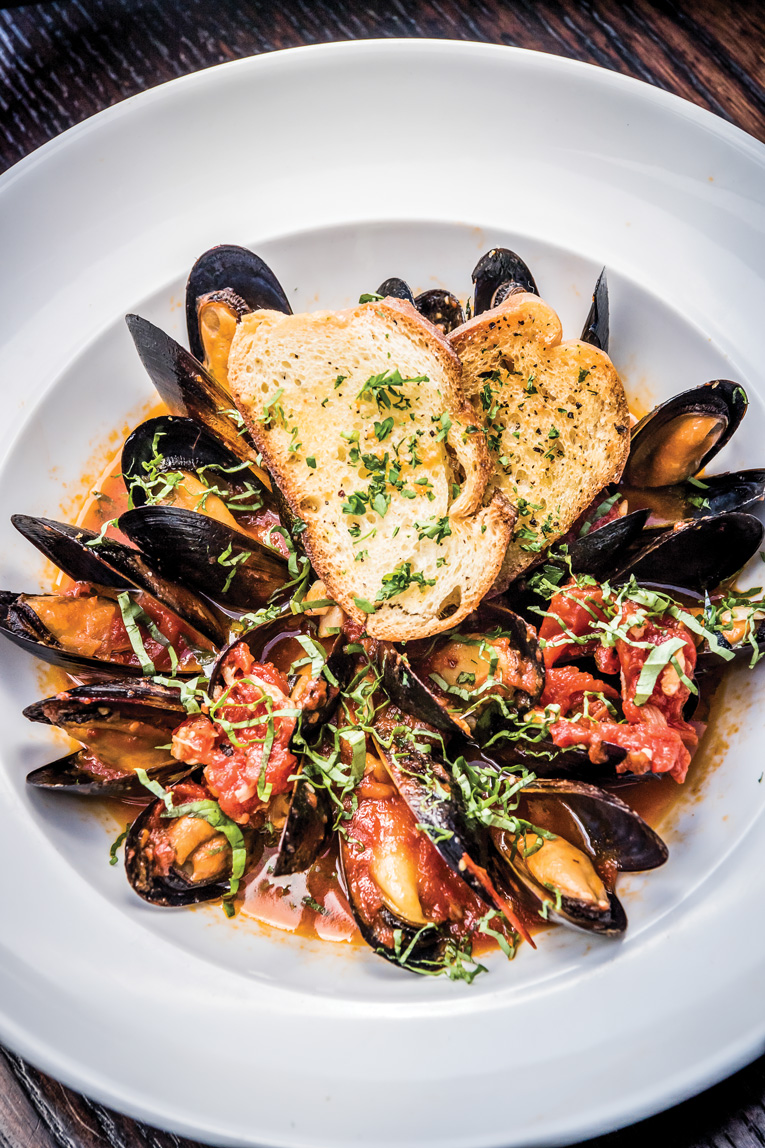 Among the appetizers are Mediterranean mussels, and the avocado crab stack (ROBERTO GONZALEZ)

He opened his own restaurant, Café Urbino, in Apopka in 2001, then another one in Ocoee, but both closed in 2007. And then came the namesake restaurant of Orlando magazine Dining Hall of Famer Armando Martorelli, whom Gonzalez had known for years.

It was at Armando’s in Winter Park that glimpses of Gonzalez’s mastery showed. I used to sit at the open kitchen’s bar and observe the dance of pans, steam and flame, and even in that quick-paced, high-volume environment one could watch perfectly sautéed fish and richly coated pasta appear at the flick of a wrist. I went into Fig’s Prime not knowing the ownership, yet I recognized Gonzalez’s unerring timing with a dish of black grouper (“Mediterraneo,” $32). It was faultlessly cooked from browned edges to moist, tender middle, sautéed with clams and mussels in a lightly seasoned tomato sauce. An often-offered special, pairing the same fish with a crab topping and crisp lemon sauce, is worth calling ahead for availability; it is close to a perfect dish.

Diver scallops from Maine, lobster from Nova Scotia, and organic salmon all populate the seafood menu. The dish called paella on the menu ($28) — a moist combination of chicken, big rings of tender calamari, mussels, slices of chorizo sausage, tiny scallops and jumbo shrimp in moist saffron rice—is more Puerto Rican arroz than Spanish and comes without the typical Valencian crispy toasted rice socarrat. Whatever the name, it is a  bowl of food worth celebrating, every ingredient from rice to shellfish exactingly cooked. The Mediterranean seafood zuppa ($37), is crowded with lobster, calamari, clams, scallops and shrimp cooked in a zesty marinara sauce, “It looks like an Italian dish,” Gonzalez says, “but it’s more like the way we make seafood we call zarzuela.”

Fig’s Prime sits in a somewhat concealed location in an office building along Douglas Avenue beside I-4. The darkly painted room is highlighted by comfy red couches lining the outer walls, groups of tables and leather banquettes crowned by semi-circles of thin wooden slats. I recognized the reference to the barrel-stave dessert rooms at Bern’s Steak House in Tampa, which Gonzalez confirmed with a smile.

“I wasn’t planning on opening another restaurant at all,” he says. “Then this opportunity came along.” After decades following the pizza and pasta path, he didn’t want to open an Italian restaurant. “I wanted to do something more contemporary, express my culinary experience without focusing on one ethnic area.”

Gonzalez talks about his wife, Brenda Figueroa (the “fig” in Fig’s Prime) with admiration. “She worked for Fleming’s, she did the whole front of the house, the bar, the drinks, and manages the wait staff. Not many married couples can work in one place together. Her opinion is very important to me, because she knows what she’s doing.”

“I have a crew of young people full of drive and passion,” Gonzalez says. “It complements what I’m trying do: they have all the energy, I have all the experience.”

Fig’s Prime is a welcome and unexpected surprise. Driven by the seasoned chef, its upscale, living room atmosphere and satisfying menu offers a mature dining experience that makes me glad I found it.

Just because the restaurant is named after Brenda Figueroa doesn’t mean actual figs are overlooked. A signature dish, goat cheese croquettes ($11), lands breaded and crisp-fried cheese atop caramelized onions, pears and figs in butter-almond liqueur. And a lunch burger of Angus beef served with fig jam, crumbled gorgonzola and arugula ($12) is justly popular.