Check out some fun events happening around Central Florida this April! 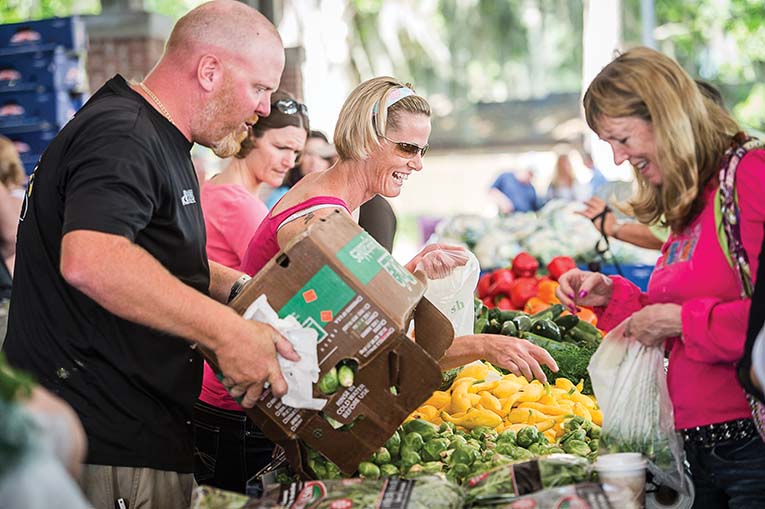 Through May 9: Sip and sample your way around the world of international coastal cuisine paired with wines and craft beers and enjoy live performances from top country, rock and soul artists as well as tribute bands. 11 a.m. until park closes. seaworld.com

Through July 5: Take in enchanting topiaries and gather gardening tips while sampling seasonal foods from the outdoor kitchens throughout the World Showcase. Enjoy live music while picking up outdoor-living advice that you can use at home. Included with regular admission. disneyworld.disney.go.com

THE OFFICE! A MURDER MYSTERY PARODY

Through April 11: The World’s Best Boss and other characters from TV’s “The Office” lead intrepid audiences through a murder mystery in an interactive parody walking tour through Thornton Park to unmask the Scranton Strangler. Times vary. Presented by The Abbey, 100 S. Eola Drive, Orlando. 407-704-6103. abbeyorlando.com, theofficemusicalparody.com/immersive

FIESTA IN THE PARK

April 3-4: This pet-friendly festival brings more than 200 artists and crafters to Lake Eola Park for two days of arts, entertainment, food and beverages. Proceeds benefit the upkeep of the park and amphitheater. 10 a.m.-5 p.m.
fiestainthepark.com

Through June 27: Have some fun with your family and friends every Sunday with The Picture of Health, AdventHealth’s interactive experience where you can use an on-site photographer (or your own camera or phone) to capture yourself in a variety of indoor photo environments. wallcrawl.com/adventhealth

April 9-22: Now in its 30th year, this Oscar-qualifying festival features more than 180 films premiering the best in current, independent and international cinema, plus events where film lovers can mingle with filmmakers and celebrities. Enzian Theater, 1300 S. Orlando Ave., Maitland. floridafilmfestival.com

April 19: Recording engineer Nagaris Johnson, recording arts department chair at the MediaTech Institute in Dallas, is this month’s speaker in the virtual series founded by the Creative Arts Department Anti-Racism Committee for Equity as part of its mission to advance inclusion of all ethnicities. The program is presented by Stetson University. To register and receive Zoom links, email creativearts@stetson.edu

This article appears in the April 2021 issue of Orlando Magazine.
Categories: Arts and Events
Tags: arts and events, Calendar, special events
Want to read the whole issue? Download and read this issue and others on Magzter.