A Study in Creativity

Joseph Hayes,
Strip mall sushi. Granted, not the most tempting idea at first, but take a young chef with an opportunity to show his talents in his own space, add inventive and often surprising food, and location becomes less important.

Henry Moso, chef/owner of Kabooki Sushi, is that chef in that space. He spent his childhood in his native Laos and throughout Southeast Asia, moving to the United States 10 years ago.

“I’m a foodie foodie guy,” the baby-faced Moso says with a laugh.

He has a passion for Japanese culture, sporting forearm tattoos that could have come from a Edo-era painting, and he wields a sharp, thin blade like a samurai. His mother owned the Bangkok Square restaurant and Origami Sushi near UCF, where Moso sharpened his sushi skills. His inspiration comes not from an academic background, but from an observant nature, and TV. 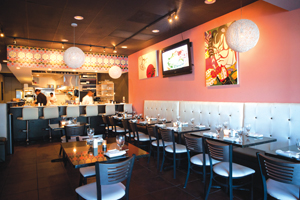 “People say to me, you must have studied in California or New York,” he says. “I’ve been to California—to eat.” An unpaid intern in a professional kitchen is called a stage (pronounce “stajh”), meaning trainee, and Moso, 23, considers every visit to a new restaurant an opportunity to stage. “I watch what other chefs do, ask questions, and do lots of homework. And I watch Food Network.”

Kabooki has become a hotspot eatery for local chefs, with familiar faces from The Ravenous Pig and Luma kitchens making frequent visits, and Chef Moso takes advantage of their presence. “I ask what their dishes are, and how they do it,” he says. “I like to be artistic and come up with something different.” Moso will combine Asian ingredients with nontraditional flavors; seared tuna with rosemary, salmon with strawberry.  His ever-changing daily specials are a showcase for his creativity: sea urchin atop a tempura-battered shiso leaf, sprinkled with puffed rice pellets, looks like an ancient sea beast atop an ocean wave; thin-sliced pink Hawaiian amberjack, tangy with citrus sauce and spicy with jalapeño, is arranged as the petals of a rosebud.

The first “cold tastings” dish I tried was the Tsunami Sailboats ($14), a delightful presentation of house-cured Scottish salmon shaped like a boat’s hull, wrapped around a bit of blue crab, a slice of Fuji apple as a sail, topped with a dab of  aioli and drizzled with tangy citrus chili sauce. It is a quick bite if you hurry, a fascinating progression of tastes if you savor.
Pan-seared Kazan scallops ($13) are worthy of their namesake emperor: three tender shellfish browned in black pepper, topped with a spicy green peppercorn coconut sauce and served on a tiny round of roti flatbread.

An extraordinary little dish, Duck Pa Low ($14), features meat from Maple Leaf Farms in Weirsdale, just outside the Ocala National Forest. The small slices of duck are worth the price alone, tempura crisp and braised in the heady flavors of anise, cloves and cinnamon of Chinese five-spice powder, and served on ginger rice. 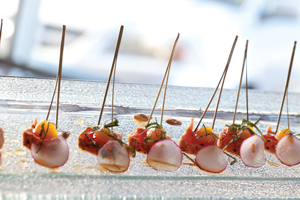 When in a sushi restaurant, we expect rolls, and Moso excels. The Hawaii X.O. ($13) layers yellowtail, bean paste aioli, avocado, peppery daikon sprouts, white fish and house-made preserved lemon for a classic Asian combination of salty, sweet, hot and sour tastes. The word kokonutsu can refer to a Japanese slang word for coconut, or an insidious Sudoku number puzzle with nine overlapping boards (kokonotsu being Japanese for “nine”). At Kabooki (itself a play on kabuki, the classical Japanese theater), Kokonutsu lobster roll ($11) is no puzzle, but a gathering of interesting flavors—tempura lobster, creamy avocado, salty roe, citrus, honey, soy and toasted coconut.

The cost of great sushi is no surprise these days; the price of fish alone has skyrocketed, and frankly I’d rather pay a bit more to a chef who understands the ingredients and the theatrical drama of Japanese cuisine. Kabooki offers several options where that show can be played out. The moriawase assortment serves up fresh-catch nigiri and sashimi ($32-$35), and the omakase (“I trust you”) can encompass six courses or more of the chef’s wildest imaginings ($100 with wine pairing).

It is said that a great sushi master can make a hand-pressed piece of nigiri with all the grains of rice facing the same direction. Henry Moso might not be able to do that, but he’d be eager to learn—and could probably make each grain have a different flavor.

Mention dessert in a Japanese restaurant and most people start looking for the check. Chef Moso enjoys sugar along with his savory dishes, and offers wonderfully inventive delights like the Drunkey Monkey ($8), rich banana bread beer ice cream served with banana bread pudding and a bourbon-laced custard sauce.

Looking for a culinary-themed book for a holiday gift? Here’s are some “locally sourced’’ offerings: 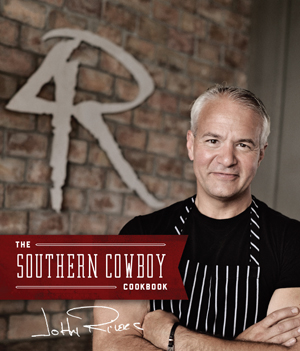 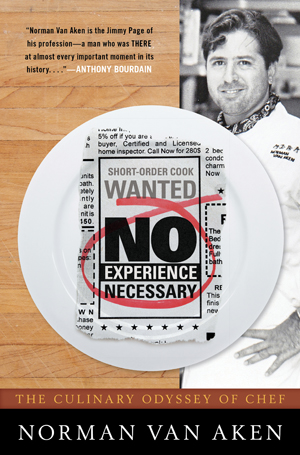 No Experience Necessary
Norman Van Aken ($24.95)
Peppered liberally with recipes for New World cuisine from his namesake Orlando restaurant and full of salty anecdotes, the James Beard Award winner’s confessional cookbook offers an inside-the- kitchen view of a celebrity chef’s career. Van Aken’s misadventures with Emeril Lagasse and Charlie Trotter are the stuff movies are made from. 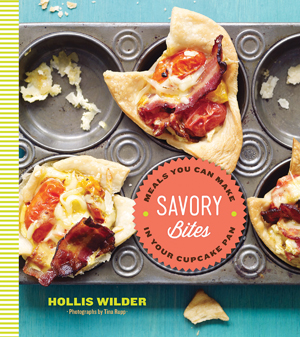 Savory Bites
Hollis Wilder ($27.50)
The dynamic Wilder made her mark in Orlando with her Sweet By Holly cupcakes, but she’s taking the country by savory storm with her cupcake pan-created mini- main course delights. Breakfast, lunch and dinner all pop out of the pan, and the photography is just as delicious as the results.

This article appears in the December 2013 issue of Orlando Magazine.
Categories: Reviews