A Spoonful of Sugar: North of Orlando Sweet Spots

Head to Sanford and Downtown DeLand for some of the best treats around! 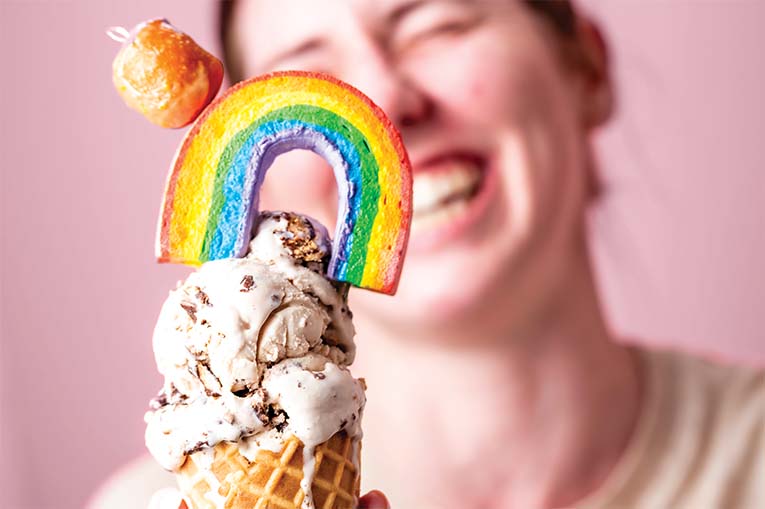 For an incredible selection of handmade, local ice cream and sorbet flavors, be sure to check out Kelly’s Homemade Ice Cream. The original location is in Audubon Park on Corrine, right down the street from P Is For Pie, Dochi and Gideon’s Bakehouse (talk about a sweets Mecca!), but they also have locations in SODO and Oviedo. Kelly and her team concoct the most amazing seasonal flavors, but their staples like Cookie Monster and Kelly’s Blondie ice cream are classics you’ll crave year-round.

Each flavor is carefully crafted by Kelly and her team and perfected until it is just right. In addition to their passion for incredible flavors, Kelly’s is also committed to supporting local businesses. As a result, Kelly’s will feature an exclusive flavor just for the month of February: Pizza Bruno’s Cannoli ice cream. Be sure to stop by one of Kelly’s locations to try this hyper-local collab: Cannoli ice cream with cannoli by Pizza Bruno! In addition to traditional cups and cones, Kelly’s offers pints, quarts, and a wide selection of toppings that are available to-go, too. – CW 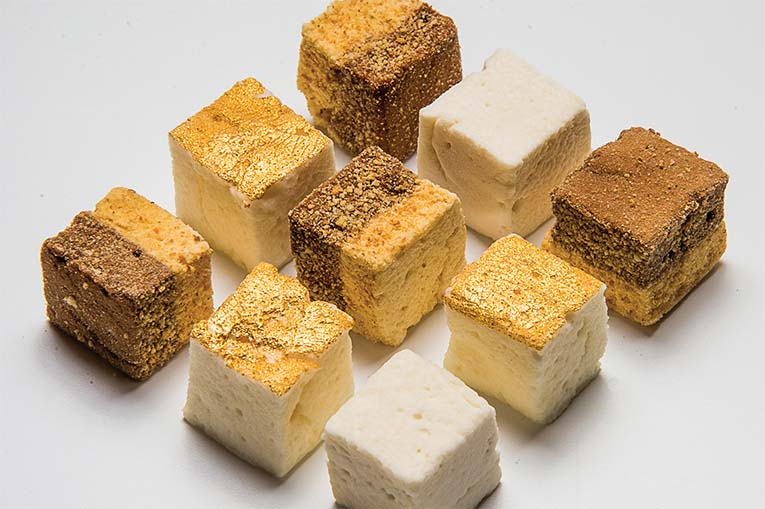 Take a drive to historic downtown Sanford and pop into one of the cutest shops on First Street. Wondermade has been a staple here since the early 2010’s, but do you know how they got started? Days before Christmas 2011, Wondermade co-founder Nathan Clark was stuck without a gift for his wife, Jenn.. Thanks to a well-timed piece on NPR about the benefits of eating candy, he stumbled onto the idea of giving her a candy thermometer and a recipe for marshmallows. They were a hit and that first batch of marshmallows turned out pretty, well, wonderful. Soon after that first batch, they started Wondermade, and began delivering handcrafted treats globally. A few years and a million marshmallows later, they launched their own lines of hot chocolate and ice cream, and they’ve never looked back. Pop in for the ice cream and toasted marshmallows, but don’t forget to take a box or two to go. Our go-to selections include bourbon marshmallows and avocado ice cream. –CW 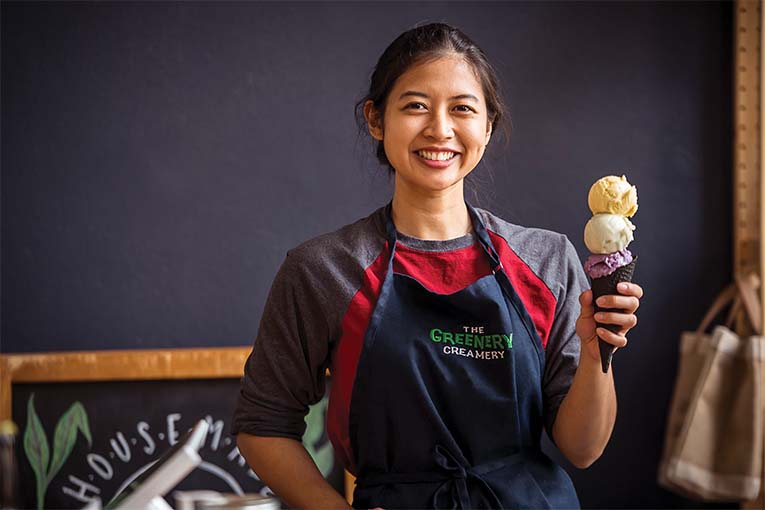 Serving a delightful array of both dairy-based and plant-based ice cream, The Greenery Creamery is one of Central Florida’s favorite spots for an icy treat. Located in both Downtown Orlando and Sanford, the “artisanal ice cream boutique” uses locally-sourced, grass-fed cream for its traditional ice cream, and a mix of coconut, peanut butter, sunflower butter, almond or soy for vegan options. Made in small batches, the flavors constantly rotate, but some of our favorites include Matcha Honey Chip, Ube, and holiday-inspired creations like Rosemary Cream with Cranberries and Cornbread. In addition to ice cream, they also offer decadent milkshakes, ice cream cookie sandwiches and baked goods. –BF 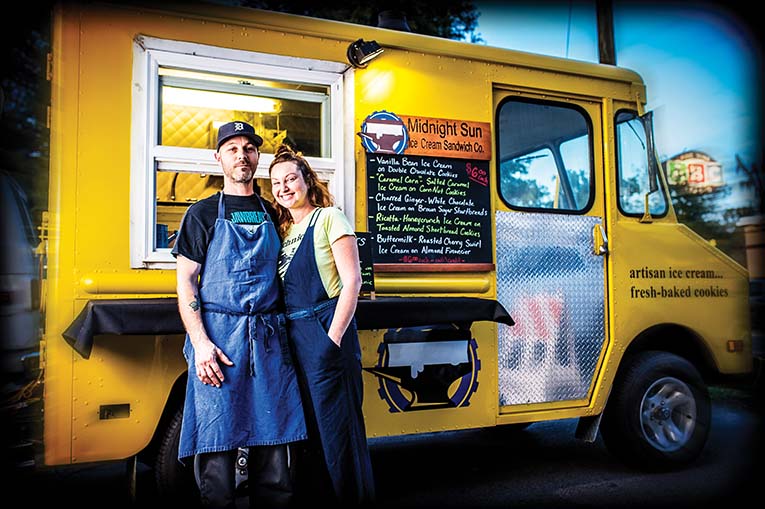 “I would drive 200 miles for a Midnight Sun Ice Cream Sandwich” is what you will say after you taste the awesomeness that is Midnight Sun. You’ll only find the food truck on select Friday nights in downtown DeLand, but it is worth the drive from anywhere in Central Florida. Levi, one of the owners, is a classically trained chef with a family history of making old-school, hand-crank ice cream in Alaska, but he and his wife have carved out a niche by creating some of the best ice cream sandwiches we’ve ever tasted. The secret? It’s in the details. The cookies, all scratch-made, range from buttery shortbread to coffee-potato chip and everything in between. They can be thin and crisp or chunky and gooey, but somehow they always hold the sandwich together. But the cookies are only half the story; the ice cream is just as unique. How about trying strawberry sarsaparilla ice cream between two vanilla bean macarons? Or lemon buttermilk ice cream on a sweet biscuit with strawberry fennel sauce? Every pairing is thoughtfully crafted with the freshest, most hyper-local ingredients available. Make plans to head to DeLand’s Artistan Alley soon for a life-changing experience. -CW