A Cut Above: Knife & Spoon Debuts at The Ritz-Carlton Orlando 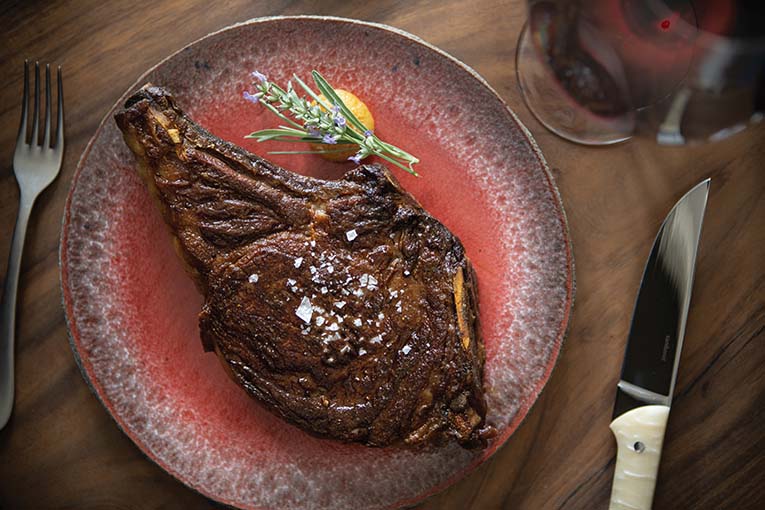 Opening a restaurant at any time is a daunting task, but opening during a pandemic, in a space recently vacated by an iconic chef, might seem practically impossible.

For anyone besides John Tesar, that is.

Knife & Spoon debuted at The Ritz-Carlton Orlando, Grande Lakes in October, and has been making quiet culinary waves ever since. Chef Tesar is well aware that he has big shoes to fill, as the restaurant occupies the space that previously housed Norman’s, the celebrated namesake of Norman Van Aken.

“There’s history here with Norman’s. It’s not easy,” Tesar says, adding that he has great respect for Van Aken, a founding father of fusion cuisine. “There are people who are going to come here and say, ‘This isn’t Norman’s.’ ” And Tesar is okay with that.

Fans of television’s Top Chef are likely to recognize Tesar’s name—as well as that of his chef de cuisine, Gerald Sombright. The two men met during Season 14 of the show (Tesar had also appeared during Season 10.) Season 14 was particularly special to both and cemented a relationship that has reached far beyond those episodes. “We are all in this strange Top Chef family, this Season 14 group,” shares Tesar. “We’re all very different…but there is a bond between us on that season.” Their easy friendship is apparent as the two trade quips between interview questions. 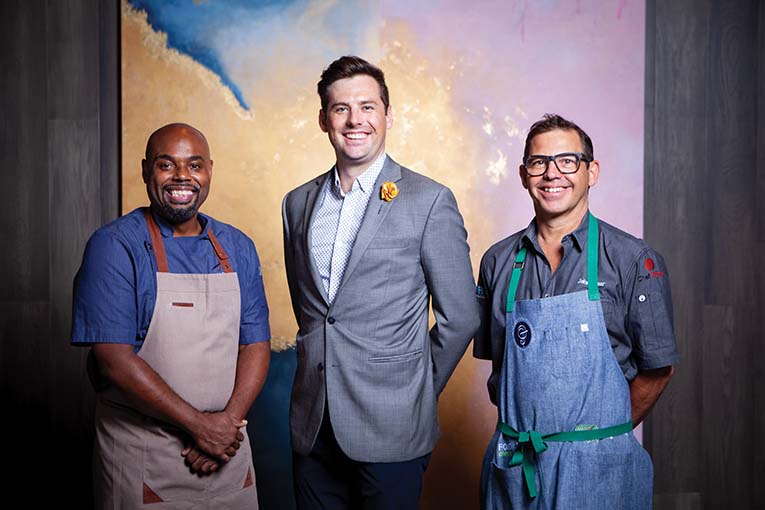 During my recent visit to Knife & Spoon, my server explained that the restaurant’s name was an homage to Tesar’s other restaurants, located in the Dallas area. Spoon Bar & Kitchen, though now closed, focused on seafood. The two locations of Knife, one in Dallas and the other in nearby Plano, are best described as “a reinvention of steak,” using locally sourced Texas beef and meat as well as produce (more about that beautiful beef to come.)

For Orlando’s Knife & Spoon, Tesar melds the two concepts. Team Surf offers thoughtful takes on raw, chilled, and lightly cooked fish and other seafood preparations alongside some of the dishes that he’s made famous during his television appearances. Standouts from the opening menu include the Pounded Big Eye Tuna ($31). The firm piece of incredibly fresh tuna covers a hidden treasure of foie gras torchon perched atop wafer-thin toasted baguette slices. Also arresting in its simplicity is the Deconstructed Scampi ($32), a dish reimagined with Alaskan king crab in place of the traditional shrimp. The warm crab is served atop an herbal emulsion that is so good, my dining companion and I unabashedly dipped our bread into it. A garlic froth, suggestive of sea foam, finishes the dish artistically.

Seafood lovers can look forward to an expansion of this portion of the menu as the restaurant becomes more established. “As it gets busier, we’ll put more fish on the menu,” Tesar shares.

Knife and Spoon has, however, been billed as a “steakhouse concept” from the first announcement, so we felt honor-bound to try one of the steak offerings. Standard cuts are available, including filet, a flat iron steak, and bone-in ribeyes and New York strips. We opted for the show-stopping, 45-Day Dry-Aged 32-ounce Bone-In Ribeye ($130). And I must say it. This is the best steak I have ever had.

The dry-aging process, a detail that Tesar is known for, imparts rich, buttery notes to the meat, distilling its flavors marvelously and imbuing a tenderness that I had never experienced in a ribeye. If you are a red meat lover, this will be a high point of your culinary journey. (Keep in mind that there are also 60-, 90-, 150-, and 240-day aged options, as well as non-aged beef.) 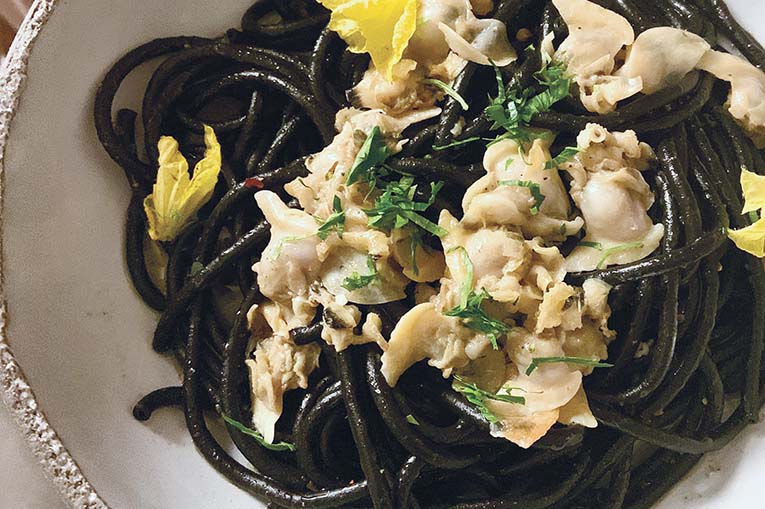 And about that beef: Tesar sources much of his prime beef from 44 Farms in Texas, a ranch that dates back to 1909 and uses a myriad of best practices to produce some of the best beef on the market. (The menu includes a few selections of Heart Brand Akaushi beef as well.)

Inventive sides, familiar but with intriguing twists, are big enough to share. Don’t skip the Kimchi Spinach ($17), a variation on a classic dish that benefits from the subtle spice and acidity that cuts through the rich bechamel brilliantly.

Fans of fine dining will also appreciate traditional touches, such as an amuse bouche, bread service, and a selection of lovely mignardises served with coffee.

So where does the restaurant go from here? Tesar and Sombright are encouraged by their reception and excited about finding their place within the Orlando community. Both men see the venture as a true partnership. They plan to start with Tesar’s vision as the framework and proceed from there.

“John wanted to have his perspective to get the restaurant open, then as we go into every season…we’ll change those dishes and as we progress the cuisine, those dishes will come from me more than John,” explains Sombright, who most recently helmed the kitchens of Ario and Tesoro at the JW Marriott Marco Island Beach Resort.

Tesar is adamant, however, that even though The Ritz-Carlton is a luxury brand, his food is approachable. “My food philosophy is that you take beautiful ingredients, and you try to enhance them without stepping all over them.”

As business builds, and the world moves on from the current pandemic, he looks forward to being part of the everyday lives of Central Florida residents and visitors.

“This is not a special occasion restaurant,’’ he says. “And people need to get out and live. That’s the most interesting, inspirational thing you can do right now. Be cautious. Be polite. That’s all.”

This article appears in the December 2020 issue of Orlando Magazine.
Categories: Reviews
Tags: Grande Lakes, John Tesar, Knife & Spoon, The Ritz-Carlton Orlando
Want to read the whole issue? Download and read this issue and others on Magzter.

Russell’s on Lake Ivanhoe: What To Get