9 Best Video Games For Having Fun

From your couch or online, there’s fun in store. 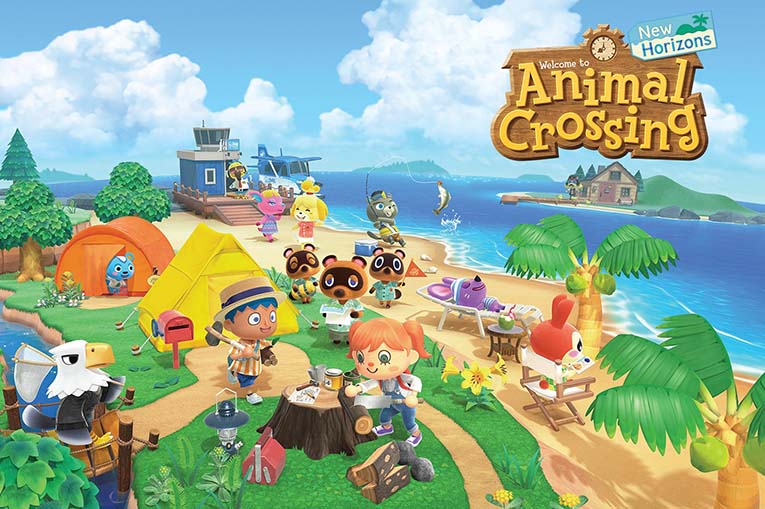 Animal Crossing: New Horizons (2020, Nintendo Switch) You arrive at a deserted island and build your settlement and town little by little by gathering resources and asking for help from visitors or other players. A game where you can relax and smell the roses, literally (well, almost). (Requires a paid online subscription.)

Overwatch (2016-2019, PC, Nintendo Switch, PS4, Xbox One) Choose one of the 32 heroes on the roster, all with different abilities and mechanics. This first-person shooter focuses on cooperation with your teammates and learning each role in a party. This game has been one of the bigger E-Sports games out there. (May require a paid online subscription.)

No Man’s Sky (2016, PC, PS4, Xbox One) Launch yourself into boundless space in this resource-gathering and exploration game. Every animal, plant and planet you discover can be uploaded to a server so others can see your discovery. (May require a paid online subscription.)

Final Fantasy XIV: Shadowbringers (2014, PC, PS4) This game has resurfaced as one of the most complete MMORPGs of recent time, offering multiple ways to enjoy its rich story, play with others, and build your character. May you ever walk in the light of the Crystal. (Requires a paid online subscription.)

Resident Evil 2 (2019, PC, PS4, Xbox One) This remake of the 1998 classic Resident Evil 2 for PS1 is a great improvement over the original. All assets are re-created for HD graphics, and several plot details are expanded. The zombie shooting action never ends. A great game to play alone in the dark—if you have the nerve.

The Witcher 3: Wild Hunt (2015, PC, Nintendo Switch, PS4, Xbox One) Toss a coin to your Witcher, o game of plenty. You’ll gallop all over this medieval-inspired world as Geralt of Rivia, a witcher (monster slayer) in search of Yennefer and Cirilla, and, of course, coin. Magic, political intrigue, and multiple moral choices ensue.

Hollow Knight (2015, PC, Nintendo Switch, PS4, Xbox One) A platformer full of charm and lore following the tales of a subterranean kingdom of bugs. It is a challenging game with beautiful atmosphere and a lot to explore as you jump, slash, wall climb, and power through enemies.

Kingdom Hearts 3 (2019, PS4, Xbox One) The long-awaited last chapter in the saga of Sora, Donald and Goofy is here. Join these half-pint heroes in reliving Disney movies in search of their friends. There’s also recently released downloadable content that wraps up several story cliffhangers.

Fire Emblem: Three Houses (2019, Nintendo Switch) You are Byleth, a mercenary turned teacher in this prestigious academy. Your job is to teach the future monarchs and rulers of the world about tactics and life. This strategy game focuses on the bonds your units form with one another and how those affect the story in the long run.

This article appears in the May 2020 issue of Orlando Magazine.
Categories: News and Features
Tags: Nintendo, Nintendo Switch, Online Multiplayer, pc, ps4, Single Player, Video Games, xbox one
Want to read the whole issue? Download and read this issue and others on Magzter.