The petite eatery is making waves in Orlando’s trendy Ivanhoe. 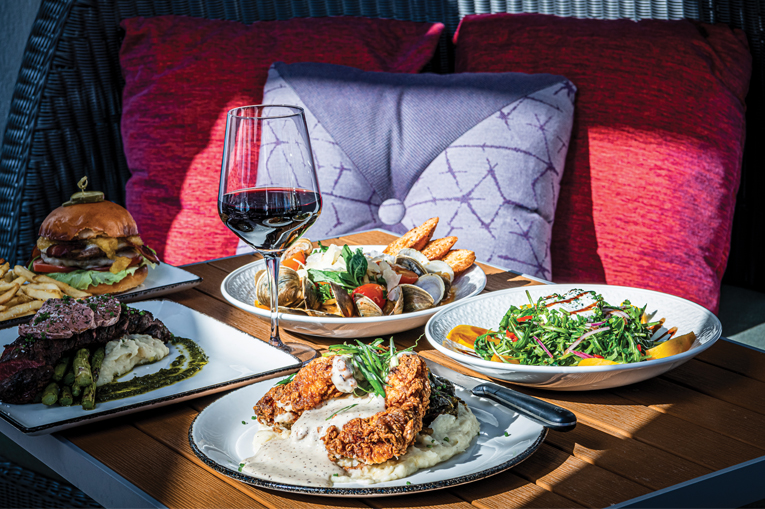 Dig into Southern-inspired dishes at The Pinery. (ROBERTO GONZALEZ)

Orlando is a city built upon community. Over 100 different neighborhoods are quilted together within the city’s zip code. The eclectic Ivanhoe Village has a similar patchwork identity. At the turn of the twentieth century, the land was one of the largest pineapple farms in the United States; today, the artistic enclave houses a collection of antique stores, locally-owned shops and specialty eateries.

Sometimes, it is best to take a step back to see the beauty of a quilt. That’s exactly what Carol Sizer Holladay, a former longtime manager at the Tap Room at Dubsdread, did when she opened The Pinery in June of 2021. The restaurant is a mirror of Ivanhoe Village: The name pays homage to the land’s history (pineapple farms were called pineries), and the green and gold color scheme is another elegant callback. The interior is decorated with antique postcards, magazine covers and images of the original pineapple farm; the pecky cyprus paneling that accents the space came from Lisa Hawley’s house, who was one of the first female entrepreneurs in Orange County. On any given night, the restaurant is filled with families, birthday celebrations, late work meetings that turn into drinks and girls enjoying a GNO. “The community has really embraced us,” shares Holladay, smiling. “We truly feel like we’re part of the neighborhood.”

The Pinery’s Golden Hour occurs Monday through Friday from 4 p.m.–7 p.m., offering $6 glasses of wine and local draft beers, half off well spirits and a small selection of bar food.
It is a step up from a traditional happy hour, courtesy of the beautiful sunset over neighboring Lake Ivanhoe. The restaurant’s Instagram-worthy cocktails change seasonally and pair perfectly with both the sunset and the menu. A large hydraulic swing window creates an indoor and outdoor bar space, further capitalizing on the restaurant’s exceptional lakeside location. 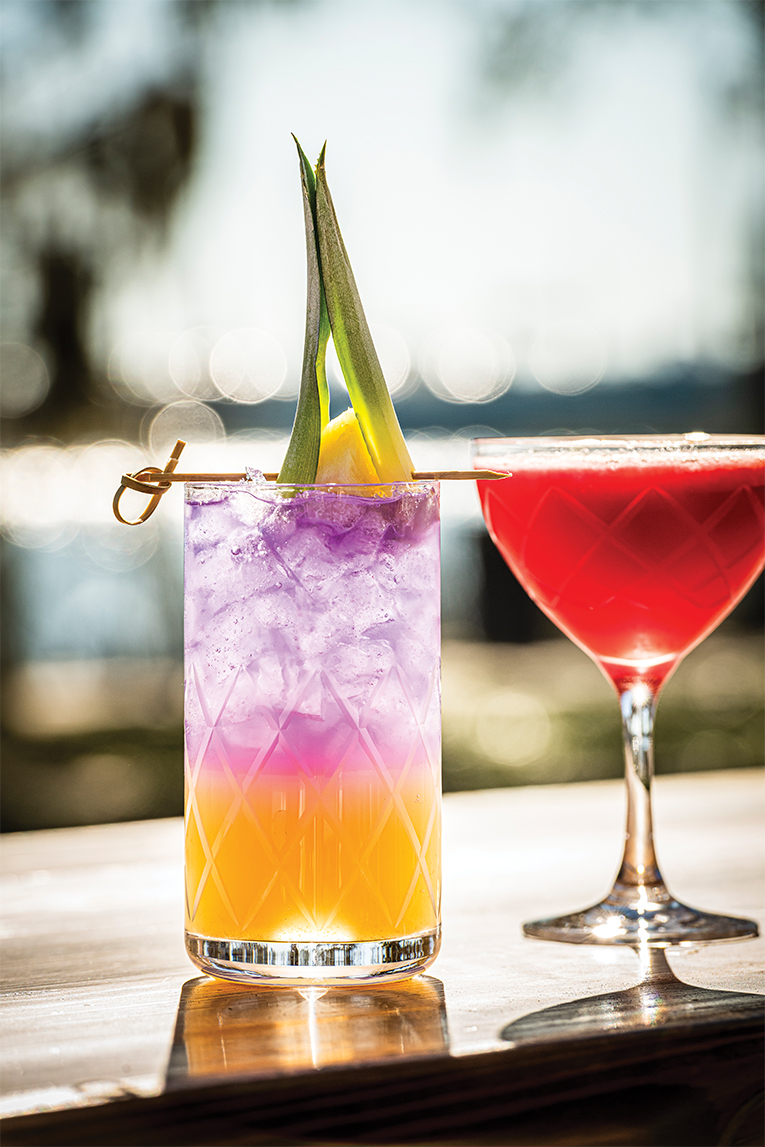 A selection of cocktails make for a perfect Golden Hour toast. (ROBERTO GONZALEZ)

Under the direction of Executive Chef Steve Mattix, the seasonal menu is quintessential Florida: It’s seafood-heavy with a southern influence, relying on ingredients from many local purveyors, including Barnie’s Coffee, Ocean Fresh, DF Bakery and Kelly’s Homemade Ice Cream.

The “Social Eats” portion features some of The Pinery’s best dishes, but also comes with a mission: to create community through food. Try the Conch Fritters and The Pinery Platter, a charcuterie board piled high with meat, cheese (including homemade pimento cheese) and unique accoutrements such as boiled-peanut hummus, homemade marmalade and southern fry bread. On the lighter side, the Golden Beet Salad, Kale Salad and Fish Tacos are all knockouts. Entrée highlights include the Smash Burger, Shrimp and Grits and Spicy Clam Linguine, each perfectly executed. For a dish that celebrates the restaurant’s namesake crop, order a side of Grilled Pineapple.

Speaking of the spiny, crown-topped fruit, pineapple gracefully ties The Pinery back to the roots of the land the restaurant is located on—and it also symbolizes hospitality. “To me, it’s more than just the history. It’s about the welcome and the community we’ve created with the neighborhood,” shares Holladay. “I love people and I want everyone to have a great time together.” Whether or not you live in Ivanhoe Village, definitely stop by The Pinery.

This article appears in the April 2022 issue of Orlando Magazine.
Categories: Reviews
Tags: dining, New Restaurant, Orlando
Want to read the whole issue? Download and read this issue and others on Magzter.