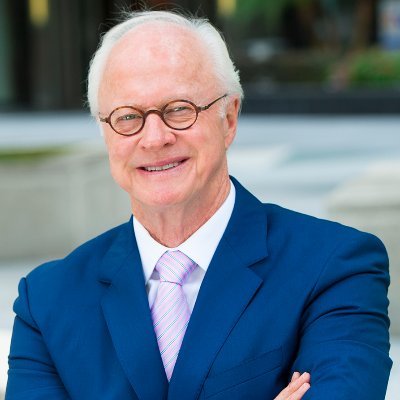 With a lifetime in politics, business and philanthropy, Batchelor’s consulting firm provides sharp analysis and strategic advice while allowing him to better the circumstances of Orlando’s vulnerable residents.

Dick is first and foremost a savvy businessman who prides himself on delivering results for his clients. He has been named one of “The 50 Most Powerful People” by Orlando Magazine (2004 to 2011), the 2002 “Central Floridian of the Year” (The Orlando Sentinel), the 2002 “Businessman of the Year” (Orlando Business Journal, November 2002) and the 2008 and 2009 “Best Corporate Citizen” (Orlando Magazine).

He is one of the youngest individuals ever to serve in the Florida House of Representatives (1974-1982), where he served as chairman of the Auditing Committee, the Health and Rehabilitative Services Committee and the House Energy Committee. He was also chairman of four subcommittees and is the recipient of more than 50 awards for his legislative service. Dick Batchelor is a longtime Orlando resident and received degrees from the University of Central Florida and Valencia Community College.

A concerned and caring neighbor, Batchelor continued his commitment to his community when he left the Florida Legislature in 1982. He currently serves on several boards, including the Florida Children’s Hospital Board (Chair), Florida Hospital Foundation Board (Chair), the First Amendment Foundation, the Central Florida Urban League Board of Directors, Florida’s Children First and the Florida Tuskegee Airmen Board. Since 1981 he has served as honorary chairman of the “Dick Batchelor Run for the Children,” an annual 5-K run that raises funds (over $1,000,000 to date) to treat abused children. In 2010, Dick was awarded The Chiles Advocacy Award presented by United Way of Florida for his “Integrity, Dedication, and Commitment to Improving the Lives of Florida’s Children and Families”.

His knowledge of international affairs also has garnered recognition by The White House, including presidential appointments as a delegate to observe elections in South Africa and as a delegate to United Nations Human Rights Commission.

He and his wife, Orlando news media veteran Andrea Coudriet, have three sons.

This article appears in the October 2022 issue of Orlando Magazine.
Categories: 10 Over 50
Tags: 10 over 50
Want to read the whole issue? Download and read this issue and others on Magzter.