Keep your body and mind fueled and functioning at its best with nutrient-rich, whole-food carbs and proteins. 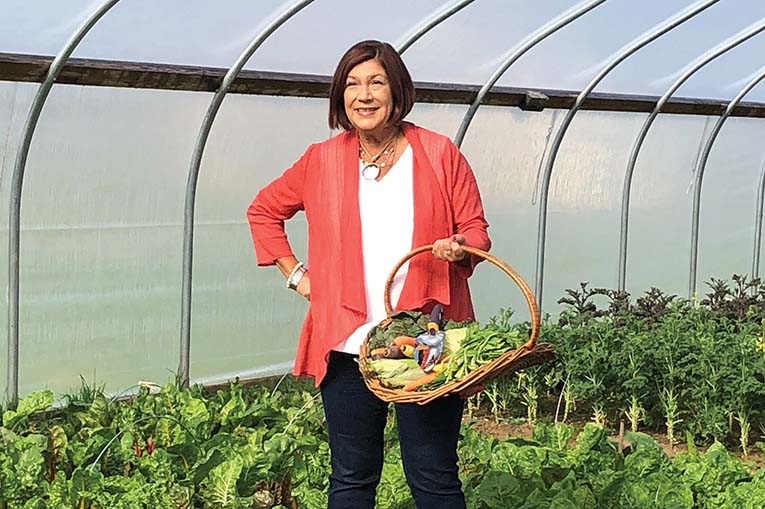 ​Is your latest diet a food-focused version of Survivor? Do you get stuck on Deprivation Island only to binge and find yourself booted off the diet?

​Please just stop it, says Registered Dietitian Nutritionist Pam Smith, a cookbook author and culinary consultant. The Central Florida nutrition counselor, who has advised Darden Restaurants Inc. and Walt Disney World Resort among other companies, wants you to step back and think about eating well to thrive, not just survive.

​“I consider the word ‘diet’ the original four-letter word. It’s one letter away from ‘die,’ and that’s what people feel like when they’re on a diet. Eating well isn’t about rigidly dieting nor mindlessly grazing through the day. It’s a strategy of eating food that has always been our primary source of nutrition,” Smith says. “It’s all about eating well for life, to have days that are energized and to have a mind that’s clicking and working for you.”

​So how do you reset and plot an eating strategy? Consider your lifestyle, says Smith, who has served as nutrition coach for pro golfers and former Orlando Magic players Shaquille O’Neal and Dennis Scott, as well as other athletes.

“They need heightened focus on nutrition, but they’re only under the gun a few nights a week for a few months of the year,” she says. “We are life athletes. Our day starts early and ends late, and we need food to be able to power our bodies through the day.”

Power Up for Wellness

Forget about diets that eliminate important classes of foods like carbohydrates or fats, Smith says. Reset eating habits to develop a routine that will nourish and provide fuel for your body—starting with breakfast.

“Mama’s right, breakfast is the most important meal of the day,” says Smith, who counsels clients to eat something nutritious within the first half-hour of awakening. “The ideal is to eat four-to-five smaller meals spread throughout the day.”

By eating the right foods at the right time in the right balance to stabilize your body chemistry, “you won’t fall head first into a bag of chips or Oreos,” she promises. One of Smith’s favorite breakfasts is her healthful version of huevos rancheros. Other options could be an egg on whole grain toast or rice with black beans. If you like smoothies, try whipping up Greek yogurt and fresh fruit. Meals or power snacks that follow through the day should include a balance of nutrient-packed, whole-food carbs and proteins in smaller portions. Lunch, for example, could be a bowl of protein-rich ancient grains like quinoa or farro with veggies or a leafy green salad topped with chicken or salmon. By the time you’re ready for dinner, you’ll be satisfied with smaller, balanced portions, she says.

Teach your children well if you want them to enjoy lifelong wellness, says Certified Executive Chef Kevin Fonzo, co-founder of the Edible Education Experience and former chef/owner of K Restaurant and Wine Bar.

“What we teach the kids at school and my nephews and nieces is to eat the rainbow,” says Fonzo, referring to the broad spectrum of colorful, nutrient-packed fruits and vegetables. Since 2011, Fonzo, who helped pioneer Orlando’s farm-to-table movement, has taught cooking classes alongside other culinary educators for Orlando Junior Academy. He’s also instructed children on how to grow their own vegetables. “I want kids to know where food comes from,” he says, adding that most children will resist tasting leafy greens like spinach and kale.

“When we first started, every child was like, ‘Oh my god! I’m not going to eat that. It’s bitter. I don’t like it!’ But if you cook it the right way, kids will taste it and learn to love it,” he says. “We cook it seasoned in a really quick sauté, and we throw in sweetness like cranberries or golden raisins. It brings a nice flavor balance to kale.”

Roasting broccoli, carrots and even Brussels sprouts with a drizzle of olive oil, and salt and pepper brings out the sweetness in vegetables that kids enjoy. “And that’s easy to do for parents who aren’t into cooking so much,” Fonzo says.

Smith agrees that brightly colored fruits and vegetables are loaded with antioxidants and vitamins that pack a powerful wellness punch. “Generally, the more vivid the color of a fruit or veggie, the higher in nutrients it will be,” she notes. Dark green, red and purple veggies are “treasure chests of protection and triggers for releasing energy and strengthening the immune system.”

Bring on the Spice

​Whatever you’re eating to punch up your body’s nutrition, you’ll want it to taste delicious. Smith, who developed her own line of spice blends, suggests adding pops of flavor like a chili lime seasoning on seared salmon or a sprinkle of smoky paprika on olive oil-roasted fingerling potatoes.

​“Spices and herbs have some of the most essential nutrients within,” she says. “What you get in turmeric, cumin, paprika, hot chili peppers and garlic are the very nutrients that the rest of the world uses as medicine. It’s powering [your food] with wellness.”

​Fonzo suggests giving your roasted greens an Asian twist by tossing them in a drizzle of soy sauce with peanuts and ginger. Smoke and char your corn on the cob, cauliflower or roasted beets on the grill or in the oven for added flavor. And don’t forget the power of an oven-roasted onion. “I like to roast shallots and onions until golden brown and super sweet—same with wild mushrooms. Toss that with wholesome ancient grains like farro or quinoa or add it to beans or pasta, and it’s fantastic,” he says.

​Power your body with nutritious snacks like nuts and pumpkin seeds mixed with dried fruits like tart cherries and blueberries, Smith says. But don’t worry if you indulge in a dessert now and then, especially in small portions like the mini-indulgences she helped create for Darden’s Seasons 52 dessert menu.

​“Most people don’t want a boat sinker after a meal—they just want something sweet,” she says. “If you want a bit of chocolate, have some berries with it.”

Once you’ve built a routine where putting healthy foods into your body is the norm, Smith says, “then the exception—the piece of birthday cake, the hot dog at the ballgame, the pizza on Friday night—is never going to railroad your health.”

This article appears in the May 2021 issue of Orlando Magazine.
Categories: Health & Beauty, Home Page Features, News and Features
Tags: eat well, nourish, nutrition
Want to read the whole issue? Download and read this issue and others on Magzter.