The local pie that took first-place honors in a national contest is a beauty. Plus some exciting popups on the horizon.

The 24th Annual APC National Pie Championships rolled into the Rosen Centre Hotel in April. You might not be aware of this competition, but it’s a big deal for amateur pie makers, professional bakers 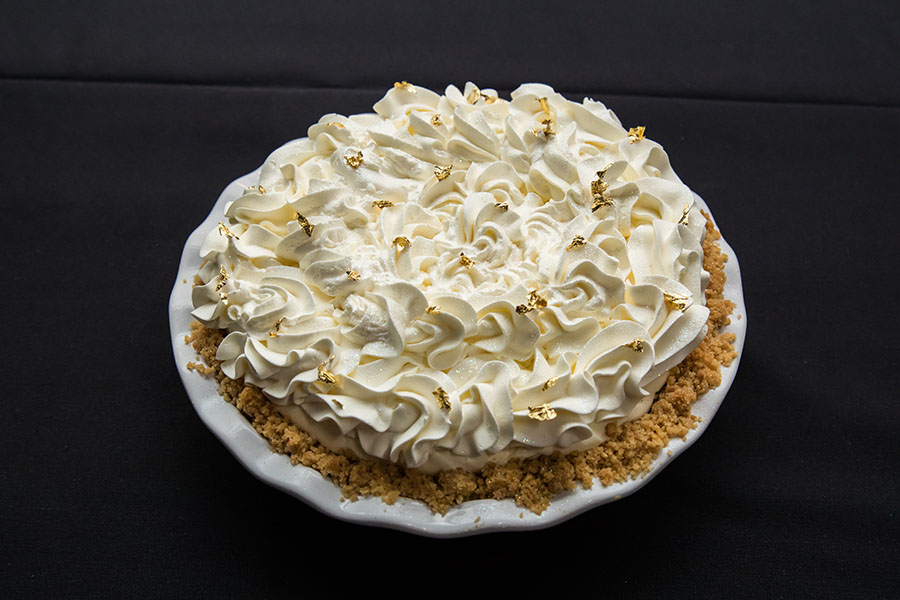 and commercial pie manufacturers who create 714 baked goods for a chance at a medal. This year, Chef Kathy Hanson from the Ritz Carlton Orlando won the professional best of show (along with four other first places) in the one-time Royal Wedding category,commemorating the upcoming British royal nuptials. Her winning pie (above) featured bananas foster with vanilla bean and Marcona almond honey cookie crust, sprinkled on top with “Markle Sparkles.” I don’t know what a Markle Sparkle is, but it must be regally good.

* One of the biggest charity events of the year is the Chef’s Night celebration from Second Harvest Food Bank of Central Florida on May 31. This year, chefs from Disney’s BoardWalk restaurants will craft the menu, with dishes by Rich Smich, Trattoria al Forno; Paul Napoli, ESPN Club; and Tim Majoras and Ted Letsch, Flying Fish. The dinner will be held at Second Harvest’s facilities on Mercy Drive.

Revisited an old favorite or discovered a new one? Let me know where. Stay in touch at joseph.hayes@orlandomagazine.com and access a comprehensive list of my print and online reviews here!