When you visit the Charles Hosmer Morse Museum of American Art in Winter Park, don’t worry about whether you’re experiencing the art the way you’re “supposed to.”

There’s no such thing.

Celebrating its 75th anniversary, the Morse has kept alive its mission of educating visitors in part by making its art collection accessible and relatable. It remains a space where people are encouraged to experience it from their own perspective, on their own terms. 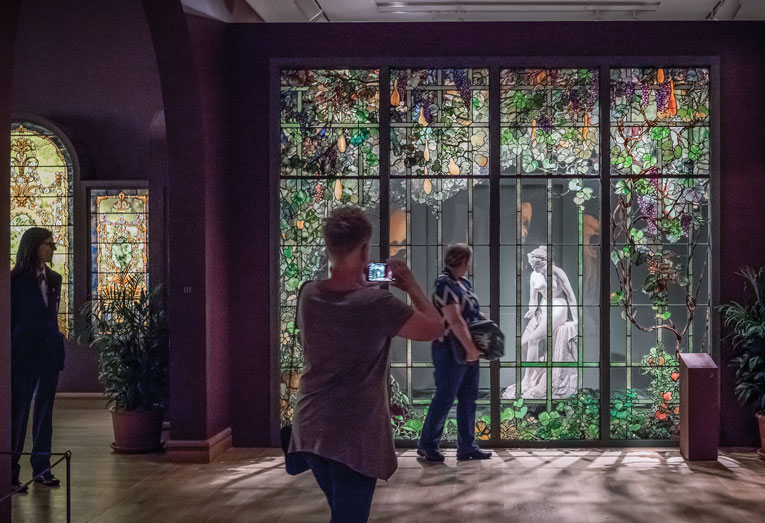 “The idea of the founders was that art is an inherently life-enhancing experience that can be transformative,” says Laurence J. Ruggiero, who joined the museum in 1992 and was named director in 1995. “They believed it can relieve your grief if you’re unhappy; it can calm you down if you’re excited; it can stimulate you if you’re in a funk. It’s like a miracle medicine to improve your life.”

Founder Jeannette Genius McKean and her husband, longtime museum director Hugh McKean, believed it wasn’t necessary to display only masterpieces to provide that experience. They were committed, Ruggiero says, to the belief that “all art—sincerely made—deserves sincere consideration.”

The Morse’s diamond anniversary celebration, which includes a public reception on Feb. 17, the date it first welcomed visitors in 1942, honors that vision.

The museum is known worldwide for its premier Louis Comfort Tiffany collection, including leaded-glass windows and lamps, jewelry and paintings. 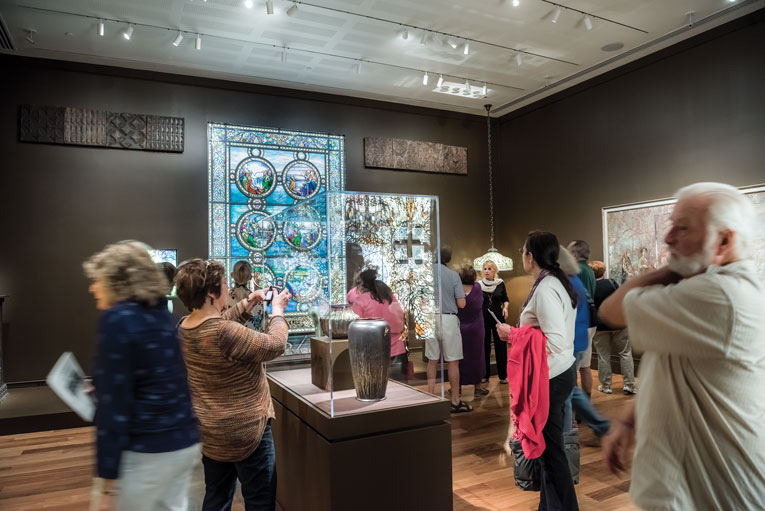 Visitors should make time to take in the chapel interior that Tiffany designed and first displayed at the 1893 World’s Columbian Exposition in Chicago as well as the largest display of surviving materials from Tiffany’s grand Long Island estate, Laurelton Hall, which burned in 1957.

The McKeans not only salvaged all they could from Laurelton Hall but pursued items that had previously been sold at auction. Among the jewels in the exhibit is the magnificent Daffodil Terrace, displayed with the other Laurelton objects in a 12,000-square foot wing that opened in 2011.

But the museum is so much more than Tiffany—from portraits to pottery to other American art glass, including carnival glass created in the early 1900s that sold to the masses for pennies. Its anniversary exhibit, “Pathways of American Art,” which opened in October and continues through January 21, 2018, features more than 60 pieces that illustrate that range, including plaster art replicas, ceramics and works on paper. 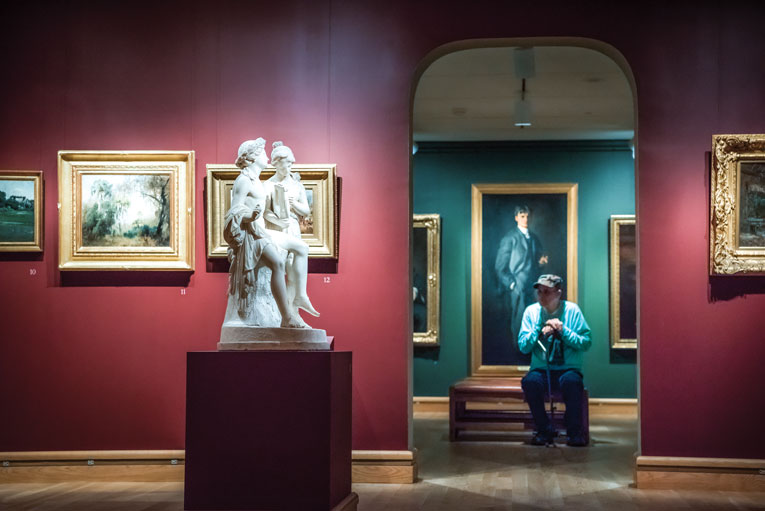 “Though we couldn’t be more pleased that Tiffany puts us on the international map and brings visitors from all over the world, we’re also a community museum with a very distinct educational mission,” Ruggiero says.

The McKeans, whose endowment provides ongoing support for the museum, wanted the community to have a place where visitors could, without any special background, approach art and make it a part of their lives. To that end, the “Pathways” exhibit features 17 of Hugh McKean’s artwork labels, written without traditional “museum-speak.”

As an example, Ruggiero points to McKean’s label for Guy Wiggins’ oil on canvas, Winter Quiet, No. 9. The label doesn’t address the painting academically—no questions of style or form—but rather how it depicts a cold winter’s day and what you might feel if you lose yourself in the painting:

Stand close. Touches of brown and gold float in soft grey mist. Move back. Birch trees rise against a winter sky. Cold, quiet, lovely. Distance is the magic. But button up. Wiggins gives the total beauty of a winter day including crisp air that shows your breath. He stood in snow to make this picture so you and I can know the wonder of it all.

“The whole reason Hugh started it was to provide access to this art in an informal setting,” says Catherine Hinman, director of public affairs and publications for the Morse.

“It’s exactly the same point as the labels,” adds Ruggiero. “To make the art accessible psychologically as well as physically. It’s a way of introducing visual stimulation and some level of artistic experience to a tremendously broad population of people.”

McKenna Braddy, 17, recently visited the Morse for the first time. While she’s just beginning to explore the art world, she says she found the museum inviting—not intimidating. She was especially drawn to the Tiffany glass.

“To see such beautiful art took my breath away,” says the Winter Springs High School junior.