The Importance of Testing For Breast Cancer

With ever-advancing sophistication, this screening offers patients even more opportunity to take charge of their health. 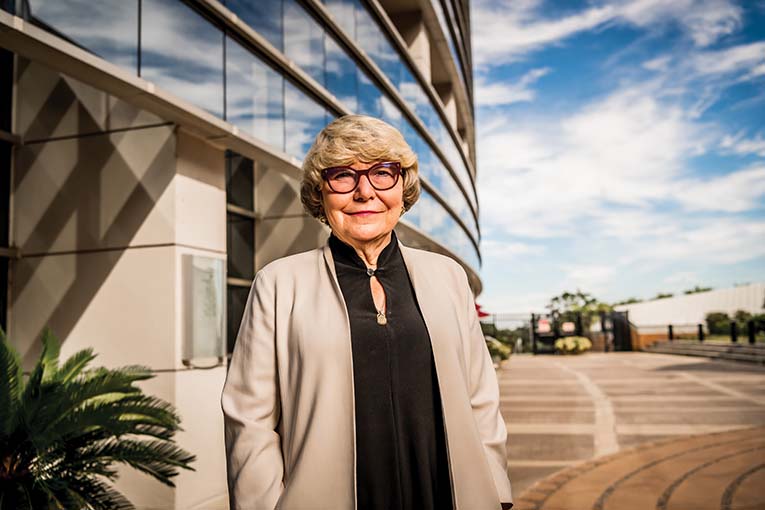 Mammography’s increasing capacity to detect tiny abnormalities inside the milk ducts of the breast, known as ductal carcinoma in situ, or DCIS, still sparks debate over which of these precancerous cells will turn into invasive breast cancers.

Some 49,290 women in the United States will face a diagnosis with one of these early findings this year, according to the American Cancer Society, forcing them to decide whether to remove their breasts or choose the standard of care—lumpectomy plus radiation—to reduce risk.

“Data shows there’s no overriding difference in survival between mastectomy and lumpectomy,” or taking out the tumor alone, followed by radiation, says Dr. Anupama Sharma Saigal, a fellowship-trained breast surgeon in Winter Park. “Some women have no choice but to have a mastectomy,” given a tumor’s size, inherited risk or different DCIS patterns within the breast, she says. “But it’s a highly personal decision.”

Increasingly, a number of studies in recent years have found an uptick in the number of younger women at average risk for breast cancer, self-selecting for these more-invasive procedures rather than breast-conserving surgery. Experts attribute the trend largely to a “pink ribbon culture,” which has increased disease awareness, but which has also stoked women’s fears.

“DCIS is very curable surgically,” says Dr. Rebecca Moroose (shown above), director of adult oncology research at Orlando Health Cancer Institute. But it remains very challenging for patients who have to decide if they want this surgery or to select other options, such as hormonal therapy, she says. “DCIS does fall within the spectrum of elevated risk.”

Genomic testing of patients’ tumors, however, has begun to soften the uncertainty surrounding these procedures, according to Dr. Kelly LaFave, a radiation oncologist in Winter Park. Based on the results of molecular tests, such as Oncology DX, “we can now determine whether DCIS is low-risk or high-risk for spreading outside the milk ducts,” to become a more aggressive disease, Dr. LaFave says.

These tests have helped physicians determine whether patients can avoid chemotherapy, Dr. LaFave continues, and may eventually determine whether they can avoid radiation, as well. A new genomic test specifically for radiation is in development and “while we offer it to our patients, it’s not mainstream yet,” she says.

This article appears in the December 2021 issue of Orlando Magazine.
Categories: Doctors
Tags: Breast Cancer, Dr. Rebecca Moroose, Mammogram
Want to read the whole issue? Download and read this issue and others on Magzter.