Delightful concoctions you may not be familiar with—but should be.

Elisa Borello Scarpa is the perfect ambassador from Northern Italy. Using the culinary secrets of San Bernardino di Trana in Turin, Scarpa rides the crest of seasonal fruits and ingredients to make extraordinary and, in some cases, truly unique delights. The staples of her homeland—pistachio, hazelnuts, olive oil—appear in lemon and olive oil cakes, double crust and lemony torta della nonna and pine nut-enhanced paste di Mandorla cookies. Her signature pear torte is made with a pound of pears and is a familial secret. East End Market, 3201 Corrine Drive, Orlando; fattoincasa.us

An offshoot of the Three F(x) chain in Jacksonville (a “Top Southern” pick by Food Network’s Alton Brown). Ice cream is made to order on a frozen steel pan, with a choice of bases from soy to whole milk. Korean shaved ice patbingsu is topped with fruit and sweet syrups. But the star is the Japanese street food called taiyaki, which translates as “baked fish” and is a sign of good luck. Wee fish-shaped waffles are filled with ice cream (above), sweet red azuki beans, or even a savory breakfast rendition of ham, bacon, egg and cheese. Eating notes: Optimists eat the head first, the cautious and detail-focused start at the tail. 688 N. Alafaya Trail, Orlando; facebook.com/5fxicecream 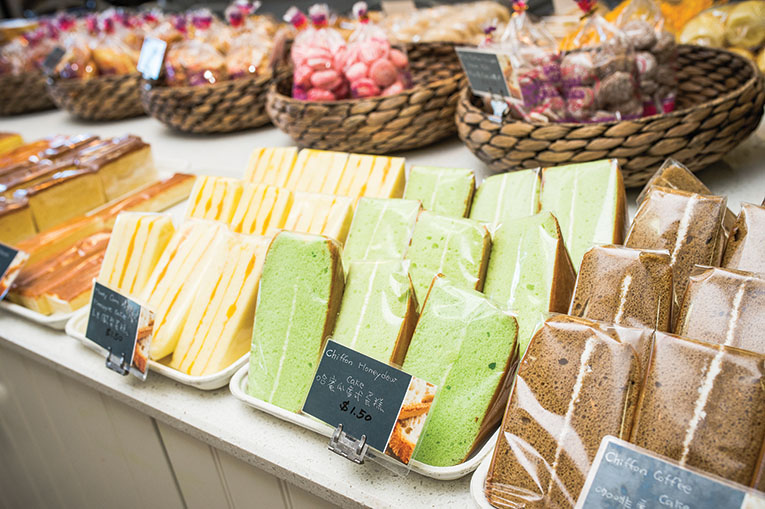 Our completely unscientific survey of those in the know has come to the opinion that Sunpearl is probably the best Asian bakery in town. The combination of traditional baked goodies and modern flavors makes for some mighty good results in everything from mooncakes and pork-filled buns to wedding cakes and “piggy bread.” Taiwanese and Chinese buns and cakes take on different forms, textures and flavors: green matcha tea mousse cake, sesame seed bao, custard-filled chocolate buns and red bean buns. Note: Cash only. 5082 W. Colonial Drive, Orlando; sunpearlbakery.com

This is a place that hits close to my Slavic soul. Russians have a partiality for sugar and cream and more sugar, so after a meal of green borshch and vareniki (which you can also get here), the dessert case awaits for a course called zaedkami, the “after meal.” Jam-filled blini are just a sweet appetizer for karina buttercream and honey layer cake, hazelnut Prague cake or the fabulous monastyrskaya izba, a “monastery hut” made of puff pastry, Morello cherries and rich sour cream custard. 250 S.R. 436, Winter Park; lacomka-orlando.com

Walking through the pastry temple that is Les Halles may be closer to strolling in Paris than the rest of the France Pavilion combined. No miniature Eiffel Tower can compete with crisp peaks of meringue, puff pastry frangipane or apple-topped tarts glistening under a lacquer of sugar in the evocatively lit cases. Everything in the multi-disciplined shop is made in the bustling bakery upstairs, and it’s possible to imagine that they are delivered from the 1st Arrondissement instead of the World Showcase. Epcot France Pavilion; disneyworld.disney.go.com

Macarons demand to be eaten quietly, with pinky raised. Macarons, unlike macaroons (see our analysis above right) don’t lend themselves to football games and cookie jars; they adorn dining tables next to good tea and sherry. Fortunately for those of that persuasion, the macaron is gluten-free (almond flour, dontcha know) and so tiny it would take eating dozens to impact a diet—and who would do that? The Le Macaron chain sticks to traditional methods while adding playful flavors such as lavender white chocolate, candied ginger and Colombian coffee to the standard chocolate and raspberry. Grab a bag—I mean, a ribbon-wrapped box. 216 N. Park Ave., Winter Park; lemacaron-us.com 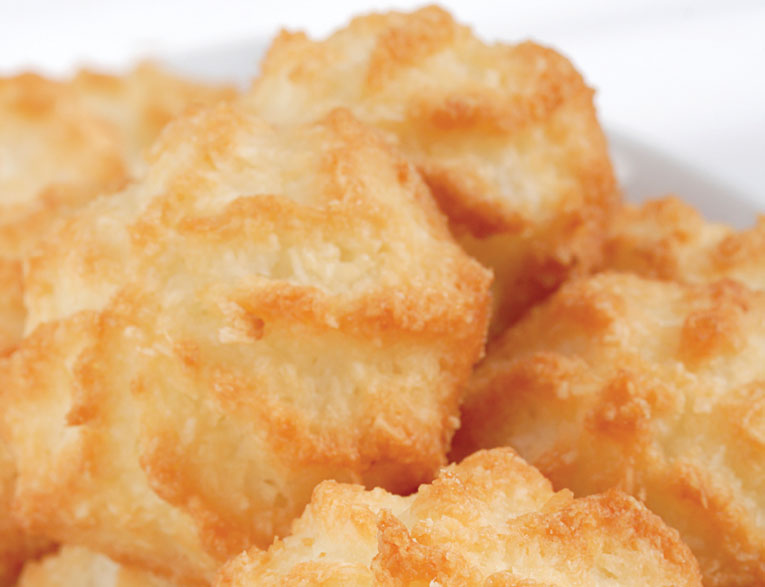 You say macaron, I say macaroon. Regardless of what your server says when explaining the dessert cart, macaron and macaroon are not variant pronunciations of the same thing. The two look, taste, and more importantly are pronounced nothing alike.

MACARON
Colorful, elegant little nibbles that are kind of fiddly to make at home, a macaron (pronounced mah-kah-ROHN) is an airy French delight, oddly enough of Venetian origins, bite-sized cookies made from egg whites (the Italian maccherone or meringue), almond flour and sugar, sandwiching a filling of chocolate, buttercream or jam.

MACAROON
The macaroon (mah-kah-ROON) is a flourless chewy sweet of egg whites, sugar, and dried coconut (above). Called rocher a la noix de coco (“coconut rocks”) by the macaron-loving French, it also has its roots in Italy, adopted originally by the northern-Italian Jewish community as a holiday treat for its lack of flour or leavening. Often dipped in dark chocolate, they’re rather simple to make, and frequently dreadful when store-bought.