Yoga’s physical and mental benefits include added strength and flexibility and stress reduction.

Thinking of taking a yoga class? The Orlando area features a variety of yoga styles, including Bikram, or “hot” yoga practiced in rooms with temperatures that exceed 90 degrees; kundalini yoga, which focuses on breathing exercises, chanting, meditation and some of the 84 classic yoga postures; and ashtanga yoga, which is the most popular in our area. 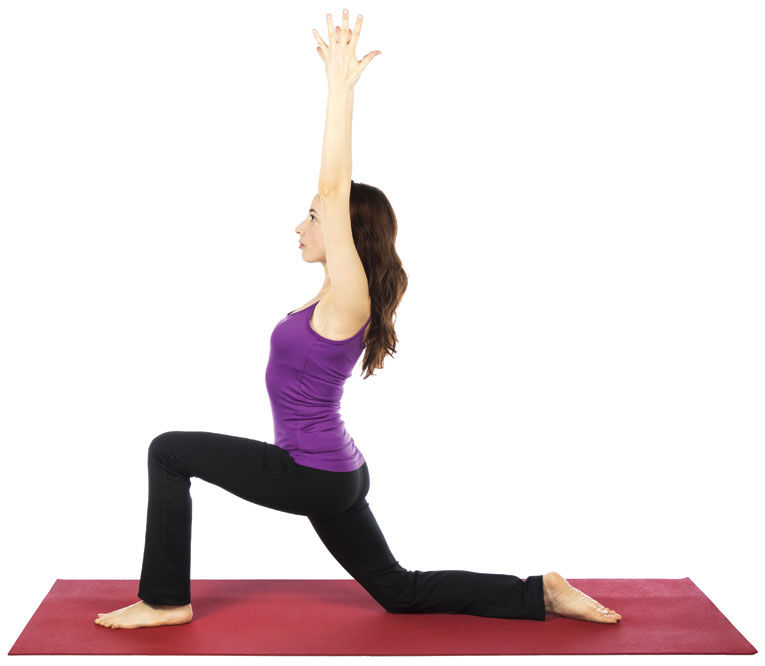 “People like ashtanga because it’s very athletic,” says Lisa Rosen, who teaches yoga at Sweetwater Yoga and Fitness in Longwood and at the Jewish Community Center in Maitland. “It follows a certain series of patterns, so there’s a lot of repetition. It’s comforting to people to be able to come back to the mat and practice the same series of postures and watch their body and its evolution” as they progress in the discipline.

“They’re all good for beginners as long as you take a beginner’s class,” Stone says. “You don’t want to jump into a power yoga class if you’ve never done yoga before. Look for ‘basics’ classes or classes that say ‘gentle.’ ”

Yoga newbies who take advanced classes risk injury, Stone says, and “it will also discourage you from coming back if it’s a bunch of postures that are really difficult and you don’t have a lot of guidance.”

Once you choose the right class for you, expect some temporary soreness after the first few visits.

“It’s a discovery of muscles you haven’t used,” says Lindy Moore, an exercise physiologist for Florida Hospital’s Translational Research Institute for Metabolism and Diabetes. “It’s a total body workout, so your legs and tush may be sore, as well as your abdominals, shoulders and chest.”

Any discomfort should be fleeting, and you’ll soon start feeling the benefits of yoga. Among them: better balance.

“There are postures for when you’re standing up that work on balancing on one leg,” Stone says. “So you’re working on strength and flexibility in those postures, but your primary focus is on balance.”

In fact, yoga enthusiasts who do fall are less likely to experience a break or sprain because their joints are more stable, Moore says. Other benefits of yoga include increased flexibility; lower blood pressure; better control of blood sugar; and increased lymphatic system flow, which clears away old blood cells, bacteria and free radicals.

Among the best-known benefits of yoga is stress reduction. Movement in and of itself increases endorphins, which can counteract stress hormones. But yoga’s intense focus on breathing and movement also concentrates the mind.

“We’re in a fast-paced world and constantly worrying about things and creating stress for ourselves,” Stone says. “Yoga is a way to quiet the mind chatter and let those thoughts flow over us and move away.”

What to look for in a beginner yoga class?

This article appears in the May 2015 issue of Orlando Magazine.
Categories: Health & Beauty