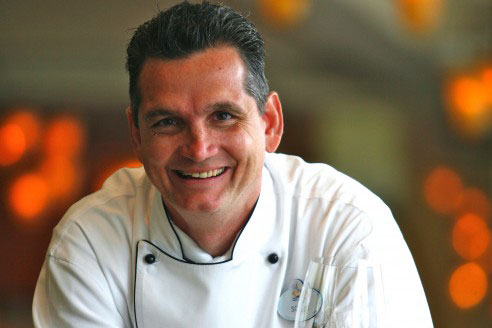 And Cask & Larder and chef-owners James and Julie Petrakis joined the elite ranks of Esquire magazine's Best New Restaurants in America, alongside such culinary wiz kids as the celebrated Husk in Nashville, Chicago's brilliant hotspot Nico Osteria, Top Chef winner Kevin Gillespie's Gunshow, and downtown Richmond's idyllic Rappahannock. The normally effusive Julie had to keep silent about the honor for quite a while; "It was very much a surprise to us when we were notified via email around seven weeks ago," she told me. "And we are still astounded!"

Both Hunnel and the Petrakis powerhouse have been multiple James Beard Foundation award nominees (we are fortunate to have seven semifinalists in our local kitchens!), and the call for nominations for the 2015 awards just went live. Last year, three Central Florida chefs hit the ballot for Best Chef South, including James and Julie (the only chefs to ever be nominated as a couple). Will we see more this time around? Perhaps a winner?

Another hotspot garnering attention: Oviedo’s amazing Sushi Pop. It will be featured soon as part of the Emeril's Florida show on the Cooking Channel.