Scent of a State

Florida gets its own perfume, made by a master.

What’s the perfect 500th birthday gift for the state that has everything? Turns out it’s right under our noses.
Florida, you now have an official state perfume.

The names of the ingredients mixed to evoke our redolent state are perfume to the ears: ylang-ylang, Valencia orange blossoms, lilies, chili pepper, cloves, green tea, geranium and white musk. “The spicy fragrance with citrus notes is seductive and elegant,” says its creator, French master perfumer Christian Louis.
It was Ariz Bousaid’s idea to salute the state via scent. And the owner of Salon Zizou in Maitland knew just the perfumer to produce the magical elixir: her Parisian friend Louis, whom she had introduced to Florida. She brought him to the “Francophile: All Things French” event at the Orlando Museum of Art last summer, and he fell madly in love with the Sunshine State.

“I tried to create a perfume that leaves a memory of Florida,” Louis says. The elegant bottles are sprinkled with suns, stars, orange blossoms and birds drawn by French children asked to illustrate Florida. The pearly glass invokes moonstone to pay homage to the state’s history of space exploration. 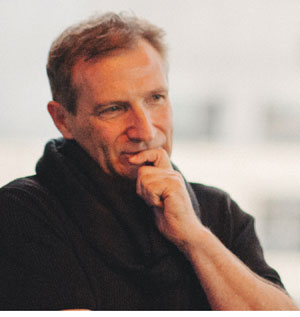 The perfume has been licensed to use the state’s Viva Florida 500 logo, allowing Louis “to brand with us and commemorate France’s historic relationship with Florida,” says Rachel Basan Porter, special programs coordinator in the Department of State’s Office of the Deputy Secretary for Cultural, Historical and Information Programs. One bottle of “Florida” was donated to the Museum of Florida History in Tallahassee.

Louis has created more than 100 perfumes that he sells in his Paris boutique. “I live, eat, breathe and sleep with the word perfume,” he says. He quotes French author Jean Giono, who said, “The gods create the scents, and men make the perfumes.”

He studied 15 years to become a master perfumer, one of 27 in the world, says Bousaid. The post is descended from Louis XIV, whose own perfumer was the first to hold the title. Master perfumers use mostly natural ingredients, and the Florida perfume is 84 percent natural.

Bousaid, the perfume’s only U.S. distributor, said Louis “went wild” but settled on two fragrances to represent Florida. They were brought before the noses of 12 judges in Orlando including the CEO of a major company, an orange grove owner and a fashion designer. The panel could not choose between the two finalists so Louis decided to market both Florida fragrances. The citrusy scent for men and women was chosen for “Florida,” and the second scent, more sultry and for women, was named “Florida by Night.”

For a list of boutiques that carry the perfume, visit florida-perfume.com. For information on Florida’s 500th anniversary go to vivaflorida.org

This article appears in the June 2013 issue of Orlando Magazine.
Categories: Health & Beauty