Chef Nicholas Pratt of Ocean Prime knocks it out of the park. As does Cloudy Bay wine.

I was gifted with two surprises during a recent private dinner at the venerable Ocean Prime on Sand Lake Road. One was Ocean Prime’s executive chef, Nicholas Pratt, who served up an inventive and faultless menu. A graduate of Orlando’s late Le Cordon Bleu culinary school, Pratt advanced in six short years from line cook to head of kitchen, and the talent shows.

The other surprise was the reason for the meal, an introduction to Cloudy Bay wine, of which I will frankly say I was unaware. A pioneer in a part of New Zealand that Captain James Cook came across during his voyages in 1770, Cloudy Bay winery’s Sauvignon Blanc was the first Kiwi wine to make an impact on the world market. I was impressed by technical director Jim White and his passion for the wine and his adopted country (he’s originally from Australia). “Cloudy Bay Sauvignon was the first wine that showed me what wine could be,” he says. 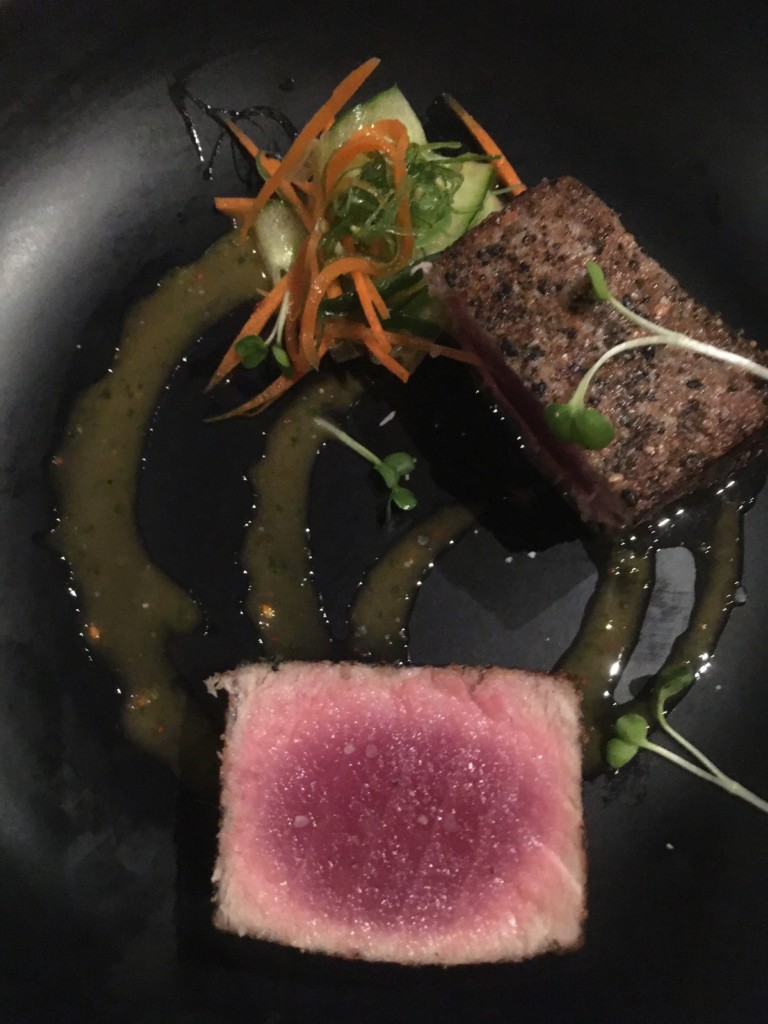 I see his point. The namesake wine practically leaps from the glass, with an aroma that becomes recognizable and a full, fruit flavor that lingers. Chef Pratt paired it with a massive pepper-coated prawn, accented with cucumber and cilantro and sauces of avocado and peppadews, that held up to the wine. A more recent wine called Te Koko, fermented with wild yeasts and aged in French oak barrels like chardonnay, shared our attention with quickly-seared scallops and lion’s mane mushrooms from local mycologist Nearby Naturals. It was a subtler, somehow more mature combination. And slipping totally into the oak barrel camp, CB chardonnay coupled with seared sesame tuna. 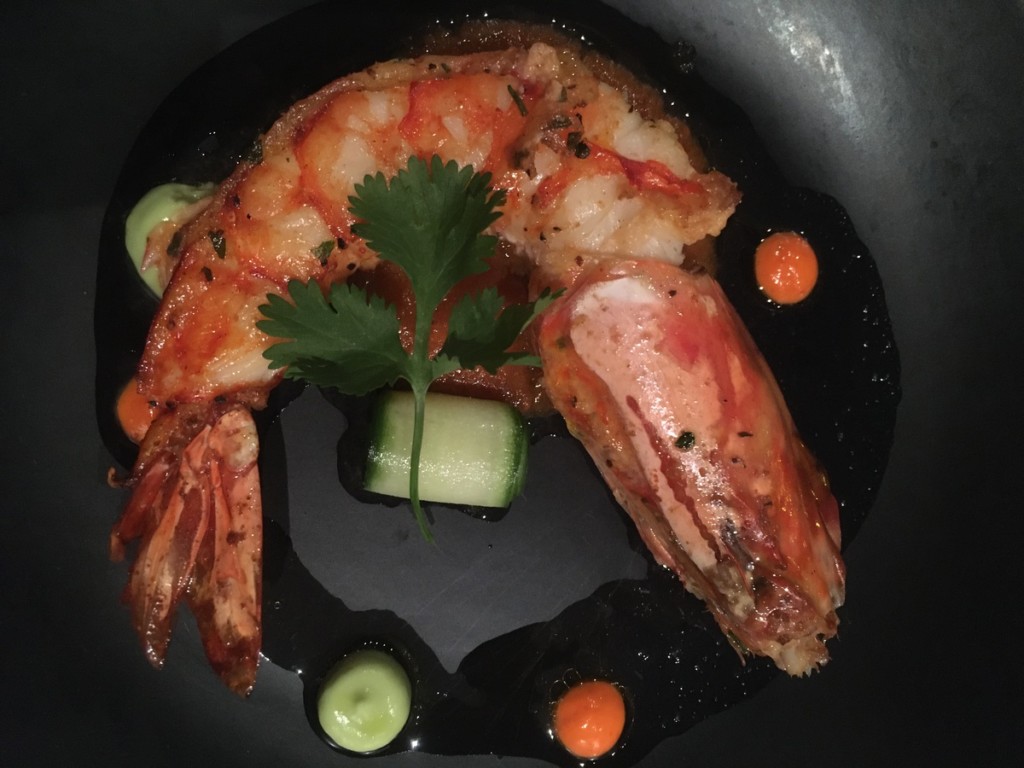 A course of prosciutto-wrapped monkfish accompanied a very deep and rich Pinot Noir; the fish was stunning, the ham an unnecessary salt note. Pinot ended the evening (yes, culinary overload is my life). A generous New York strip and blue oyster mushrooms escorted the almost savory Cloudy Bay Te Wahi pinot, called after the Maori phrase for “the place.” 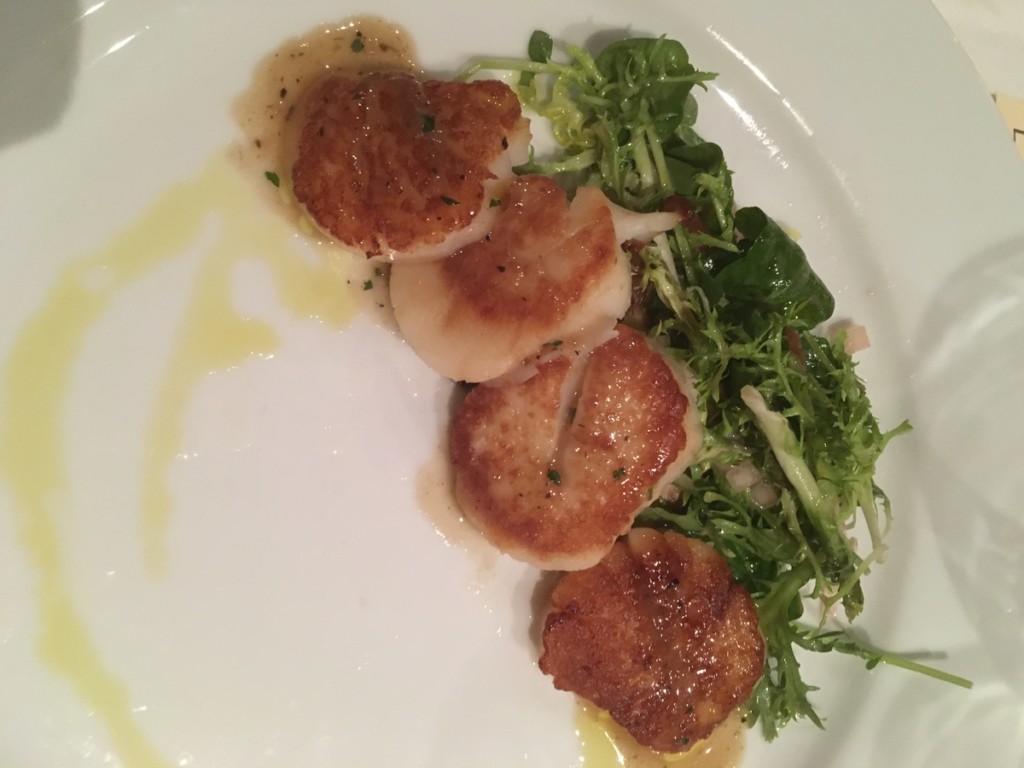 Ocean Prime has retooled its daily menu to reflect its seafood expertise. Pairings of East and West coast oysters; a surf and turf combo of those luscious scallops with slow braised short rib; and Florida grouper served alongside lobster and house-made gnocchi are some examples of the evolving fare.

Cloudy Bay is a name I’ll remember (I found the impressive Sauvignon Blanc at Total Wine for around $25; don’t look in Whole Foods; it’s almost $9 more). Nicholas Pratt is a name I’ll revisit.

Still available online: the September issue of Orlando magazine for a grand survey of new fast-casual offerings and October’s multiple treasures of FOOD ADVENTURES 3: RAIDERS OF THE LOST FORK! And look for November’s visits to Raglan Road’s new chef and a roundup of upcoming theme park food. Stay in touch at  joseph.hayes@orlandomagazine.com,  and access a comprehensive list of my print and online reviews here!

Categories: Food & Drink, Savor Orlando
Want to read the whole issue? Download and read this issue and others on Magzter.

The Top 8 Best Ashwagandha Supplements on the Market