Here’s the unabridged version of what you’ll see along one special Food Adventures trail.

Joseph Hayes,
As I was putting together this month’s Food Adventures 3 issue of Orlando magazine, I chose to include a train journey on the SunRail line, and the food discoveries that were closest to the 16 stations—some a few steps away, some accessible by a quick rideshare. As always, I wrote way, way too much. This blog is the essay version, the extended dance remix, with the lesser known sights and experiences that space didn’t allow to include.
The 49 miles of Sunrail track (so far) with 16 stations through four counties gives a seldom-seen outlook through the heart of Central Florida. Sitting back in a top-deck seat, on neither side of the tracks but astride them, the view reveals crude graffiti tags and intricate mural art that can only be observed from that high vantage; back ends of warehouses and back yards of suburban houses; graveyards of corroded cars and the dearly departed; used appliance stores and churches large and small. Places called The Utter Guys, and Candyland Park, Momma’s Place and Super Awesome Cool Pottery, three fencing clubs and a business that makes amusement park rides. The rusty shells of freight cars still filled with coal and aged circus trains from the Strates midway, in business since 1927, sit peppered among a forest of supports for the natural enemy of the train, the mushrooming superhighway. And surprisingly abundant swathes of undeveloped woodlands.
As the cheerful trains carry workers to resort area hotels and mothers holding babies singing “choo choo”, the path unveils everything good and interesting about our culinary scene—along with the mediocre touches that make food fans cringe and visitors deride “that” Orlando. 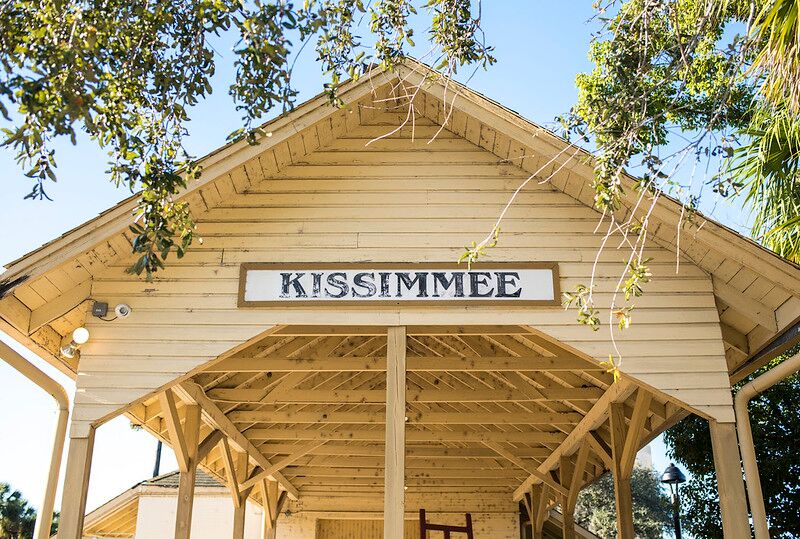 As the train moves from Poinciana seven miles below Kissimmee, to DeBary just above Sanford, it winds northward in the same direction as the fabled St. Johns River, passing multiple Chick-fil-As, Dunkin’s and Wendy’s, as well as the northern tip of champion-fisherman-luring, bass-filled Lake Tohopekaliga. Just outside Kissimmee is a business beguilingly named Central Florida Donut Distribution, and a shop based in a small home called Coqui Snacks that makes Puerto Rican goodies like mini donuts, empanadas and frozen fruit drink límbers that were originally named after Charles Lindbergh.
The neighborhood of South Chase, surrounding the Meadow Woods station, is alive with bakeries: big ones like Bimbo Bakers, home of Entenmann’s, Thomas’s and Sara Lee; Turano Bakery, making Italian bread since 1962; and small, family-owned cake and pastry shops with names like Brisas, Delicias, Fortuna and Mi Pueblo. The tracks pass Versailles Café, like its unrelated namesake in Miami a place of comfort for the homesick Cuban population. The landscape changes once the line crosses Sand Lake Road and rolls past The Gnarly Barley, a first indication of the gastropub-friendly environs to come, and travels within earshot of Le Coq au Vin, a touchstone of the upscale dining community since 1976. 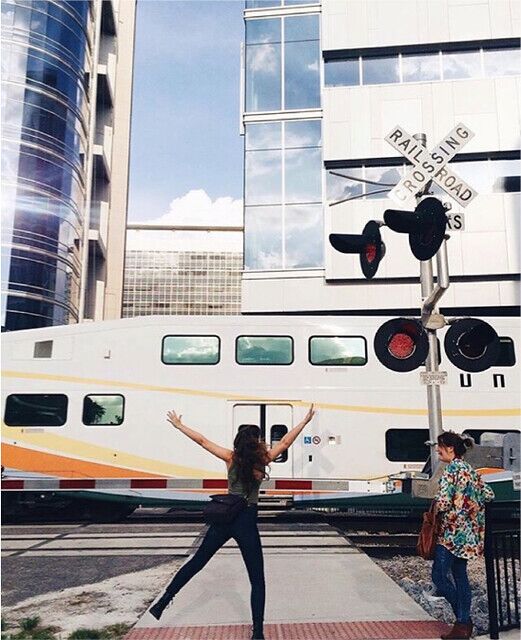 The short span of downtown Orlando delivers its own thrills from seven pizza places, five Irish pubs, sushi, burgers, a smattering of higher-end eateries and more bars than you could shake a stick at if your arms were very muscular and the stick was very large. The rails chug through the mutable North Quarter section, home of increasingly larger apartment buildings, and above, offering an excuse for free train shots at the Hammered Lamb and breaks in conversation at Sette. The background through Winter Park includes a back-end landscape of Fiddler’s Green and the 40-year-old Farmer’s Market, unexpected graffiti on the backs of warehouses, and on to the tasteful greenspace of Park Avenue (look quickly to the right upon entering the park and the often-overlooked Peacock Fountain just before pausing at the station).
It’s a long, foodless trek through Maitland, just brief glimpses of restaurants along 17/92. What Maitland does offer is a glimpse of a possible future, row upon row of massive condo and apartment complexes with names like The Parker and Maitland City Centre and The Q, built in hopes that commuter rail’s proximity will attract tenants and more restaurants. And the 50-year+ tradition of Kappy’s hot dogs … and yet another hot dog stand called Chubby’s, where you can get a Chicago dog topped with Italian sliced beef.
Coasting through Altamonte, the train is bordered by the racquetball courts and baseball fields of Eastmonte Park and fishing on Lake Prairie, and the unassuming headquarters of the Florida Dairy Farmers Association. Bedrooms, warehouses and companies that service pools, cars and office equipment queue along the way through Longwood and Lake Mary like sentinels on a parade route, conducting the train past more lakes than namesake Mary: Crystal, Bel-Air, Little and the redundant Loch Lake. Just above Reservoir Lake in Sanford is Evergreen Sweeteners, where they’ve processed organic sugars, powdered milk and Morton salt since 1925. You can spot the woodlands of the Central Florida Zoo from your seat, and watch the waters of the St. Johns as they slowly flow beneath the tracks to renew Lake Monroe. It’s no more than 5 minutes to the terminus at DeBary, where the Timucua people lived more than 9,000 years ago, and Florida’s first spring-fed pool was built in 1887.
It’s been just 90 minutes since our departure from Poinciana … enough time to turn around, head south, and decide where to have dinner. I’ll see you, on the rails.

Pick up the October issue of Orlando magazine for the complete, attention-shifting rewards of FOOD ADVENTURES 3: RAIDERS OF THE LOST FORK!  Carry it with you as a roadside compendium of compelling culinary curiosities! Send your own Food Adventures to  joseph.hayes@orlandomagazine.com,  and access a comprehensive list of my print and online reviews here!
Categories: Savor Orlando