Reyes Mezcaleria, Jason Chin’s venture into Mexican cuisine, is a winner, with an experienced staff turning out both the familiar and fantastic.

It would be difficult to find a more diverse restaurant portfolio than the three establishments owned by Jason Chin. Seito Sushi offers faultless Japanese nigiri, scratch ramen and kitchen dishes tempered by world cuisine. The Osprey Tavern has a menu of dazzling American creations singing with Spanish and Italian accents. Reyes Mezcaleria, the newest venture in downtown Orlando’s North Quarter, takes its cues from regional Mexican cooking in a hip, casual atmosphere. There’s even an internet forum pun about frequenting all three, referred to as Triple-Chinning. 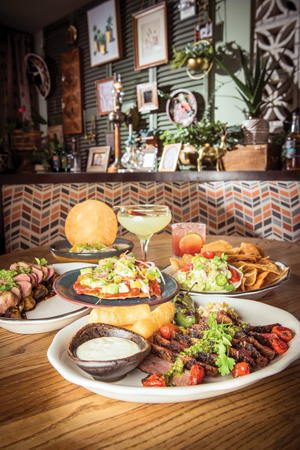 As the baby of the bunch, the Reyes menu has undergone a shifting evolution since since it opened in May. “We want the food to be approachable and humble, but still exciting,” Chin says. “I’ll never claim what we serve is 100 percent authentic, I call it regionally inspired Mexican cuisine.” The Reyes staff contributes years of experience in Mexican kitchens to the inspiration: a chef from Vera Cruz; a “tortilla lady” from Mexico City; waiters and sous contributing family recipes and fine-tuning.

“I’ll find a particular recipe,” Chin says, “and then hear 10 different family variations. The experience of someone in the kitchen, something we find during our travels or even read in a cookbook is enough to get the dialogue started.”

On a less … insecty … note, dishes range from nicely familiar to truly marvelous. Anyone looking for a standby taco ($4-$6) can find house-made tortillas filled with crispy fish, braised short ribs or pork belly, dotted with fresh salsas and house pickles, and be perfectly satisfied, particularly when augmented by one of the host of curated mezcal selections.

Other choices are real standouts. My favorite is a simple tuna tostada ($12) a fried, crispy platter of tortilla crowned with sushi-grade yellowfin tuna (Seito, remember?) and a splash of pickled tomatillo and lime aioli. I would go to Reyes just for this dish.

I’ve made Oaxacan mole negro; it was a three-day roller coaster of dirty dishes, endless ingredients and frantic uncertainties, so I know how hard it is. Reyes does it proud, offering impeccably cooked duck breast ($18) with deep chocolaty sauce, roasted pumpkin and chayote squash in a complex symphony of rich flavors. There’s also a smoky pumpkin mole served alongside tender braised lamb shank (Birria de Borego, $22) that shows great versatility. 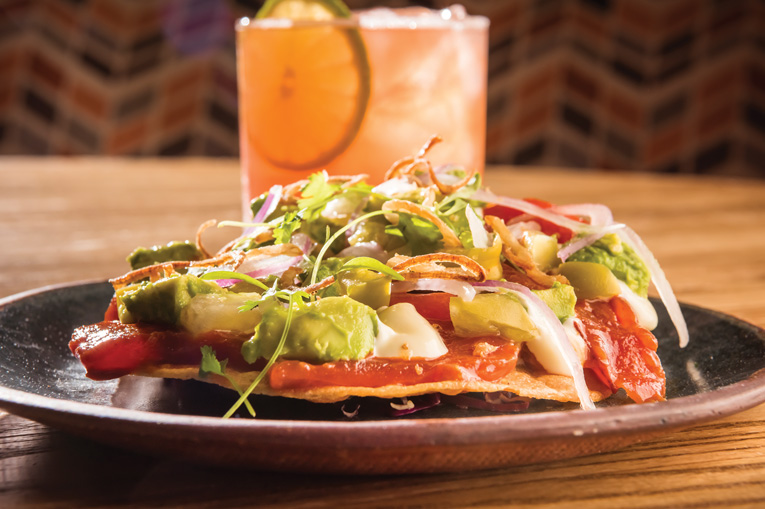 The mixed bag of restaurants of which Reyes is the rookie began in 2000, when Jason Chin’s parents opened the first Seito Sushi. Chin took over in 2006 and elevated its standard to such enviable heights that when he announced the building of another restaurant near the Baldwin Park location, people asked him, Why do you want another sushi restaurant across the street? With perfect comedic timing, he would take a long pause and answer, it’s not a sushi restaurant.

“The logical choice would be to open more Seitos,” Chin says. “But I kept in my head what that would mean for Orlando, where there are already a lot of sushi bars and pan-Asian restaurants. I wanted to venture out a little bit.”

After successfully opening Osprey, he cast his mind to places he and wife/partner Sue admired while traveling. “We visited Rick Bayless’ Frontera Grill in Chicago, and it opened my eyes to traditional Mexican food.” Given its acclaim—called the third-best casual dining restaurant in the world by the International Herald Tribune and best restaurant in the U.S. by the James Beard Foundation—Frontera was a lofty inspiration indeed. “The flavors haunted me, and I knew when I was ready, that was going to be next.”

It turned out that others were ready sooner than he. When developer Craig Ustler, president of Orlando’s Ustler Development Inc., decided to shutter the waning Citrus Restaurant, he approached Chin for a new concept, and the offer was too exciting to decline.

What emerged from the breakneck renovation is open and inviting, with a flowing use of space decorated in the tasteful style of interior designer Sue Chin. Hand-made is the keyword: chorizo, salsas, even the plates are locally made by Winter Park pottery studio Thrown by Hand.

Chin’s brilliance has always been in finding the right people at the right time. His choices in chefs—Joseph Cournoyer-Burnett at Osprey Tavern, whom I rewarded best chef in our 2016 Dining Awards, and Austin Boyd at Seito—were given the freedom to be fearless, transforming two satisfactory restaurants into kitchens at the forefront of Orlando cuisine. It is indicative of the changeable nature of the business that Burnett left Osprey last year, and Chin no longer has the services of Boyd, who went from heading Seito to overseeing the full domain, including opening and fashioning the menu at Reyes before departing a few months ago.  It will be fascinating to see where they end up next (both are still in the area) and what the future holds for Mr. Chin.

Reyes Mezcaleria proves that nobody can predict where he’ll wander next, but it will be an interesting journey for all.

Changing of the Guard

The restaurant staffing dance is so normal in Orlando that there should be an official song. In the Chin empire, Seito chef de cuisine Huy Q. Tin is currently overseeing that kitchen, and Elek Kovacs, who originally migrated from The Ravenous Pig, now runs the Osprey Tavern kitchen. Both they and Jason Chin steer operations at Reyes.