For the thoroughly modern male, beauty is a product of necessity.

There was a time when a man went through life without busying himself with preening and primping. A shaved face and a few strokes of the comb—he was good to go whether he was going nowhere or to a black-tie dinner.

But in the 1990s the metrosexual changed everything. He might have been as straight as the Washington Monument but his leanings in fashion and grooming were strongly influenced by the gay male culture. Maybe he wouldn’t eat quiche, but he’d get his nails done at the local beauty salon.

Today, men are the new women in the nonsurgical health and beauty market, getting everything from back waxes to Botox injections to mani-pedis. The International Spa Association estimates that men comprise 30 percent of active spa-goers, a significant number when you consider that not too long ago spas seldom saw men come through their doors.

Resort-based day spas and salons in Orlando now offer treatments specifically targeted at men. Rosen Shingle Creek Resort’s day spa, for example, has a Gentleman’s Viro (“men’s” in the Native American Creek language) Facial ($110) on the menu, while the Spa at The Ritz-Carlton Orlando, Grande Lakes offers the Men’s Hot Towel Facial ($140), Macho, Macho Pedicure ($55) and the MAN-icure Just for Him ($35) as part of its men-only menu of treatments.

Orlando salon owners Bruce and Jane McCullen saw such a dramatic uptick in male clientele that they renamed and retooled their downtown location. M Salon (formerly Salon Salon) on North Orange Avenue offers a special menu of services tailored exclusively for men, with body hair removal, including brow and back waxing, being the most popular choice.

Fresh Med Spas in Orlando attracts men to its Mills Avenue site by offering facials and treatment packages tailored specifically for men and their skin issues, including razor burn and bumps and excessive sun exposure.

Beauty treatments have become so common among men that the word metrosexual isn’t even used anymore. They’re just guys, like Roy Copeland. Big and bald, he looks more like a bad-ass wrestler than a “spa guy.” Maybe that’s because as the owner of a septic tank business in Clermont he isn’t afraid to get his hands and feet dirty. But Copeland, 46, also takes good care of them, saying getting manicures and pedicures is “like changing your oil; you just gotta do it.”

And to the men who won’t do it for fear of being viewed as prissy, Copeland has some stern words: “Buck up.”

Bro, How ’Bout Some Moisturizer?

Move over, ladies—men need time in the mirror, too. And they’re spending almost as much time prepping for the day as women: 22 minutes vs. 29, according to this year’s grooming and beauty study conducted by Allure and GQ magazines. The study also reveals that men now use an average of 11 beauty products, compared with the 16 items women use.

The Murad Man Regimen kit includes a trio of products to reduce male facial redness and bumps, as well as to clean, hydrate and protect skin: Cleansing Shave, Razor Burn Rescue and Face Defense, $94 at murad.com. 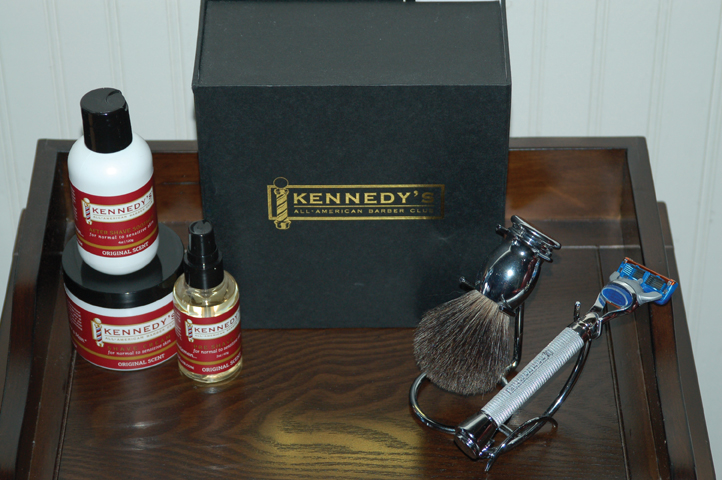 Altamonte Springs-based Kennedy’s All-American Barber Club offers a range of products both online and at its four Orlando-area locations, including Pre-Shave Oil to prevent razor burn, $22, and After-Shave Soother, $22. Go to kennedysbarberclub.com for more information. 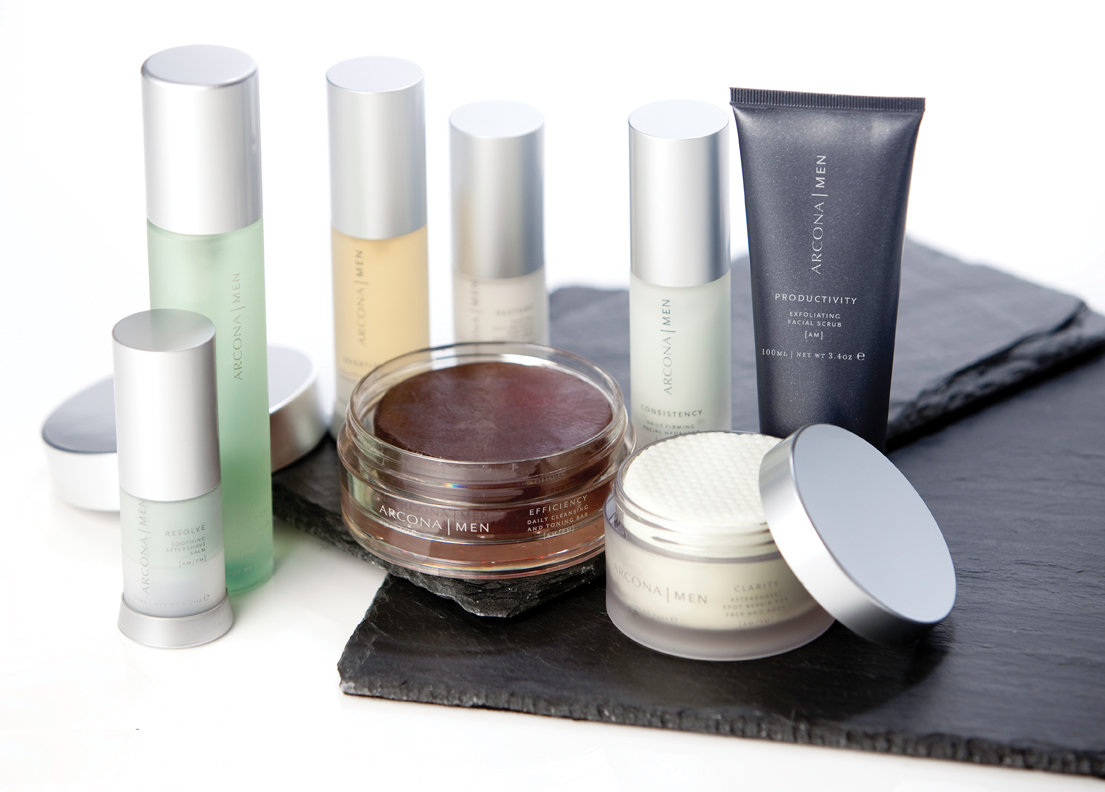 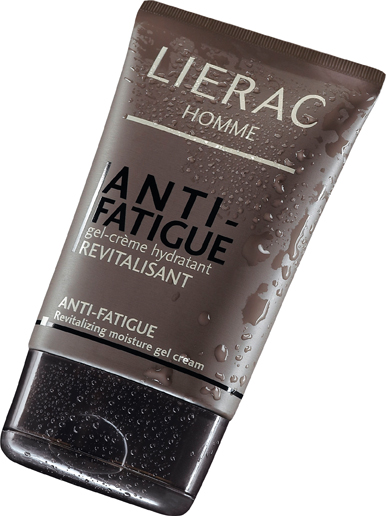 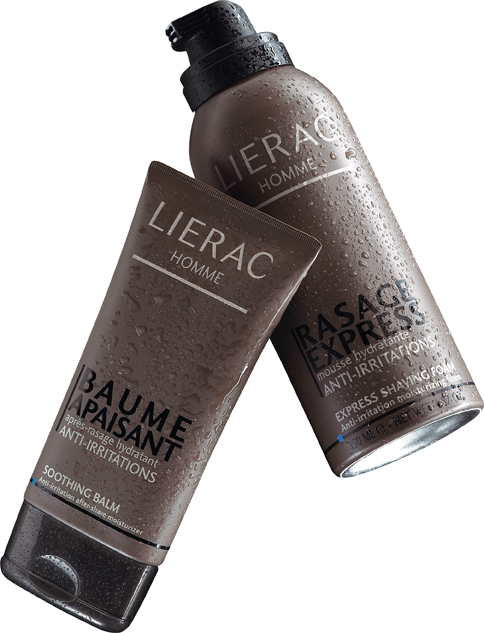 Lierac Homme (homme means “man” in French) is a line of botanically based skincare products formulated just for men. It includes shaving foam, refreshing skin gels, an anti-wrinkle cream and a foaming cleanser. The line is available for $13-$55 at lierac-usa.com. 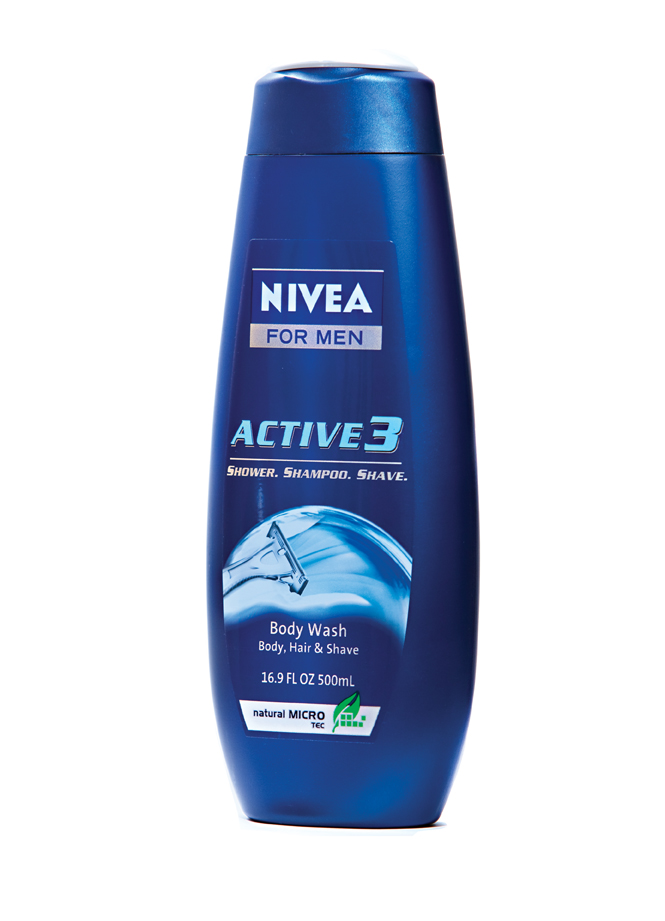 Nivea has gone into male body grooming big time with a variety of products for the face, head and body. One of its products, Active3, is an all-in-one shower gel that can be used as a shampoo and shaving lotion for the face and chest. Active3 is available at area supermarkets and drugstores for $4-$5.

This article appears in the October 2010 issue of Orlando Magazine.
Categories: Health & Beauty