Letter from the Editor: Breaking the Cycle

Why in the world did I backpedal on my love of biking? 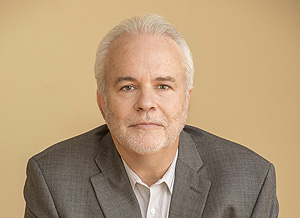 I regret to inform you that a recent survey found that 7,994 hours of our lives are spent dwelling on regret, whether it be lost loves, missed career opportunities, or things that would have been better left unsaid. It’s unclear who conducted this survey, but I read it in the Daily Mail, so it must be true, right? Tommyrot or not, it allows me to write about something I rue, not to mention use two oddball words in the same sentence.

I regret giving up bicycling 15 years ago. I admit that watching my bike bounce on the 408 expressway in the rear view mirror after it fell off the rack on my van (my bad) was rather traumatic and might have had something to do with me souring on the activity. Since then, I’ve pretty much stuck to hiking, which is a shame considering I remember good times with family on bike trails that included West Orange, Withlacoochee and Pinellas.

But after editing the 21-page bike trail guide in this issue, I’m itching to buy a two-wheeler again. Check out the stories put together by Dan Tracy, Megan Stokes and Jim Leusner that give you the scoop on 15 local and distant bike trails, including those great for rides with kids. There are many more that we didn’t have space to cover; an informational box near the end of the story will guide you to websites that highlight those and paths all over the state. We’ve also provided some safety tips from the experts, plus a basic shopping guide if you’re thinking about adding bicycling to your list of enjoyable pastimes.

Also in this issue, dining critic Joseph Hayes discovers Delaney’s Tavern, a new neighborhood gem in the SODO district (blue crab beignets, anyone?), as well as El Vic’s Kitchen, an Indian fusion spot in College Park. Both are must-trys. Laura Anders Lee laments how tied up she is with technology (as in losing her phone), but says there’s hope. We visit Spiral Circle, a metaphysical gem of a shop in Mills 50 district. And we have music for many tastes, with a profile of The KitchenKillaz, a guitar duo that will happily perform in your kitchen, as well as an interview with one of Opera Orlando’s magnificent singers.

Finally, it’s time to pick the Best of ORL in our annual poll. There are dozens of categories, including favorite shops, bands, art galleries, personalities, pizza, coffee shop, golf courses and much more. Cast your votes at orlandomagazine.com. Deadline is May 1.

This article appears in the March 2020 issue of Orlando Magazine.
Categories: Column, News and Features
Tags: barry, barry-glenn, Breaking the Cycle, editor, From The Editor, glenn, letter
Want to read the whole issue? Download and read this issue and others on Magzter.