Read about Jake's Journey from the launch of Kid Kontributor of the Month "to infinity and beyond!"

In May of this year, we received a letter from a 10-year-old boy from Marlton, New Jersey. Jake was given a task: select a topic he was familiar with and craft a feature article about it, in hopes of getting it published. His entire class wrote informational texts and sent them across the country. Jake chose to send his feature to us.

Upon receiving the article, we not only decided to give him the opportunity to share his work but also to catapult a new program at Orlando magazine with a mission of sharing the passion of young writers everywhere. Enter the "Kid Kontributor of the Month" program, where we spotlight one young writer (12 and under) and their feature article on a specific topic each month.

The story Jake submitted was about the rides at Universal Orlando Resort (you can read it here). Feeling inspired by his passion – and with some help from our friends at the Wyndham Grand Orlando Resort Bonnet Creek – we flew Jake and his family from New Jersey to Orlando with a new task: write a feature article on the opening of Toy Story Land, his experience at the Wyndham Grand, and interview Executive Chef Jonathan McCann. With pen and paper ready, Jake accepted the challenge.

Read Jake's interview below, and head to www.orlandomagazine.com/kids to learn more.

I got to meet with Chef Jonathan McCann from deep blu seafood grill and ask him some questions about himself. He was really nice and makes REALLY REALLY great food. It was so much fun because it was my first time interviewing someone and getting interviewed by someone else!

We went around the kitchen and it was 2 FLOORS!!! You can take an elevator to get down to the other kitchen. I got to see all the behind the scenes stuff. We talked about a lot of cool stuff and I got to ask him questions. I loved it so much! I wish I could do it more often. 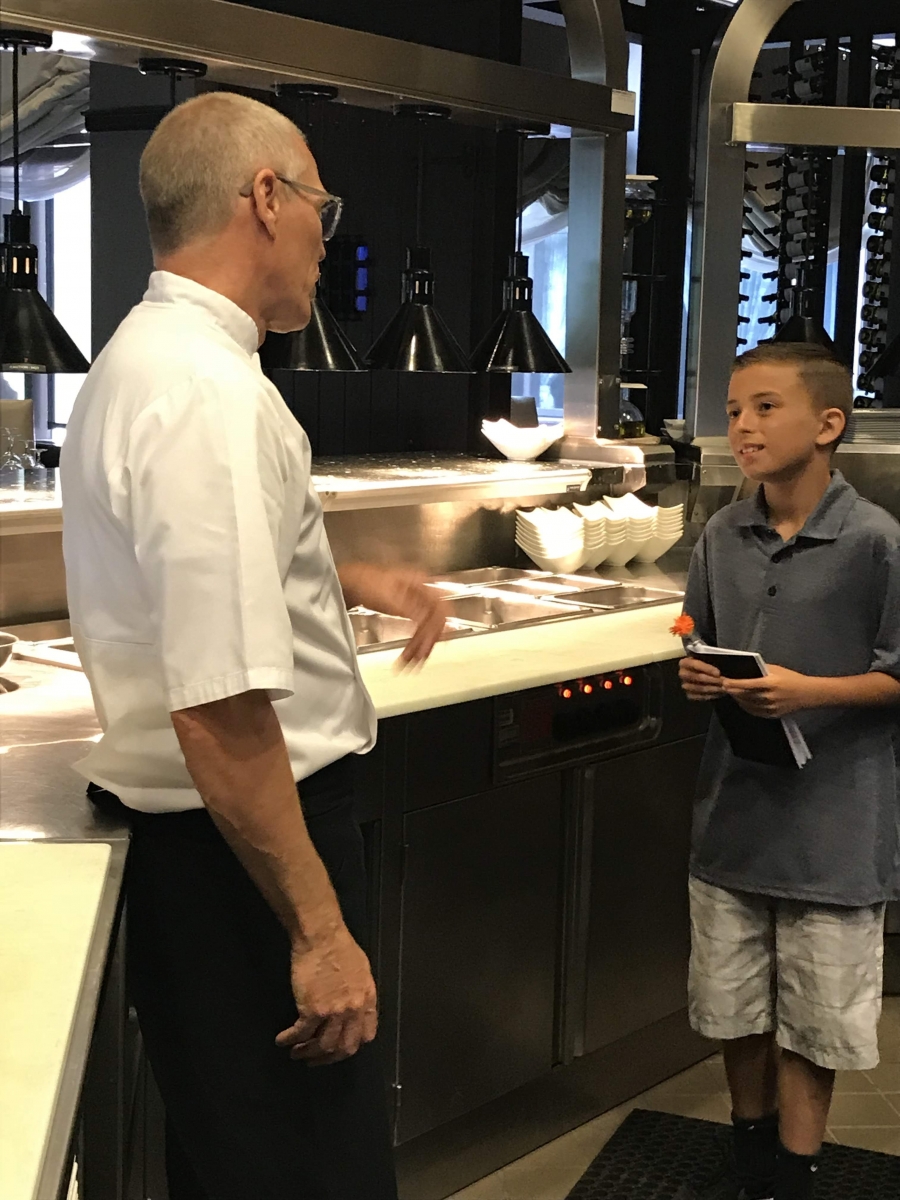 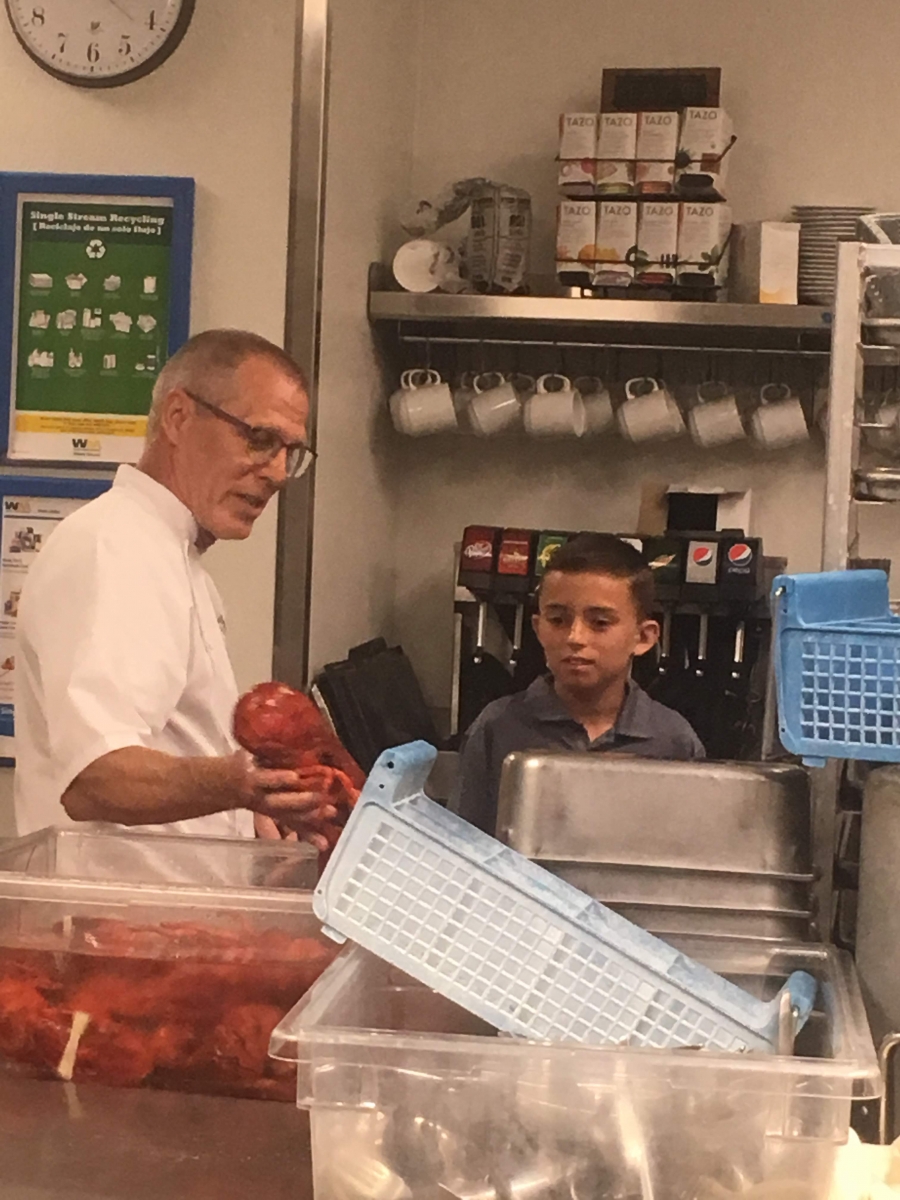 One of my questions was why do you love to cook? And his answer was because it brings people together. I also asked him if he cooked at home and he said yes. He also said he makes a big mess and his wife sometimes gets mad! Hahahaha. When he was a kid he wanted to be a professional soccer player! He played all through school. He ended up becoming a Chef and still loves being in a kitchen after 38 years! His favorite meal is dinner with his family, his favorite thing to cook is fish and he loves chocolate as a topping. He was 21 years old when he started cooking as a job. He told me that John Williams MBE was the Chef that taught him the most as a cook. He is the Executive Chef at a place called Ritz Hotel in London and has a Michelin Star. That’s an award for a really good restaurant. He said he started to love food because of him and they are still friends! He said if I ever go to England I could go eat there. 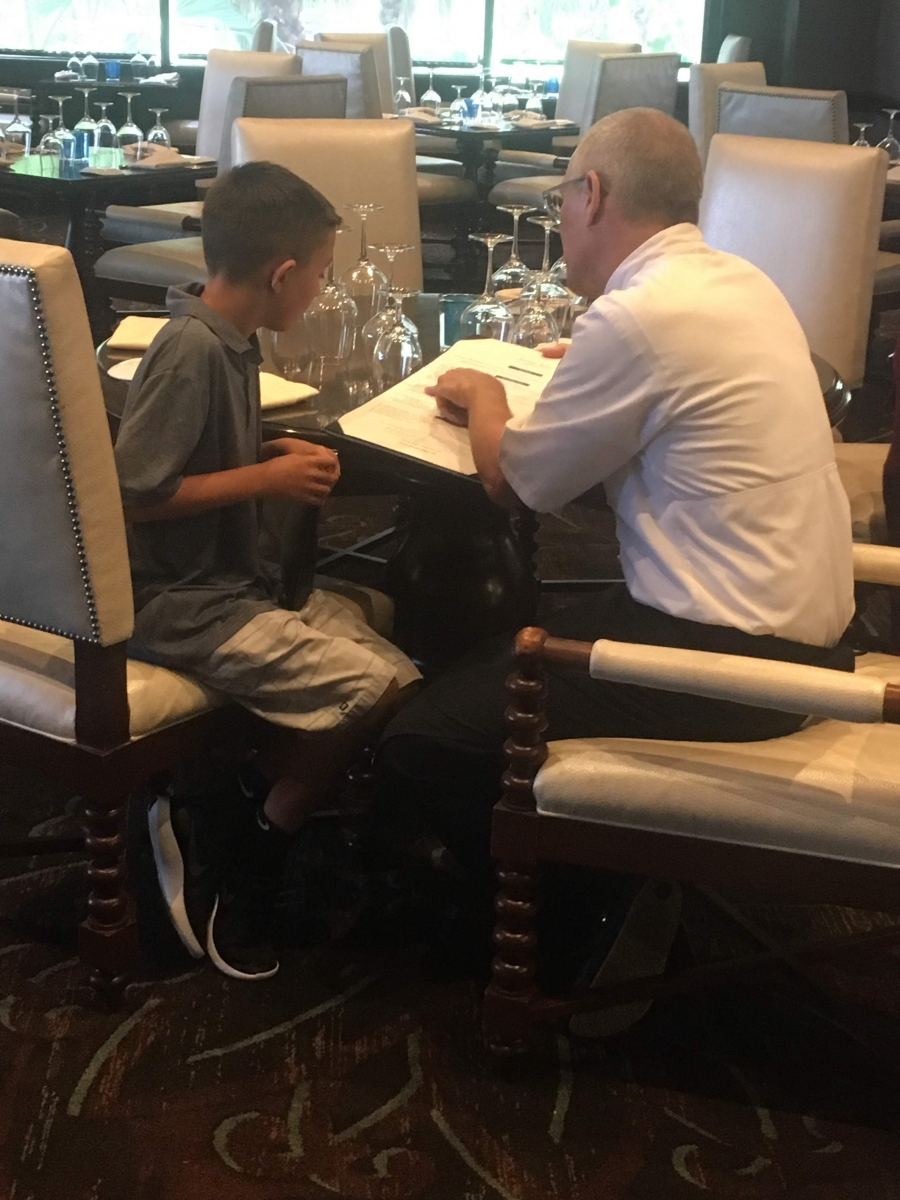 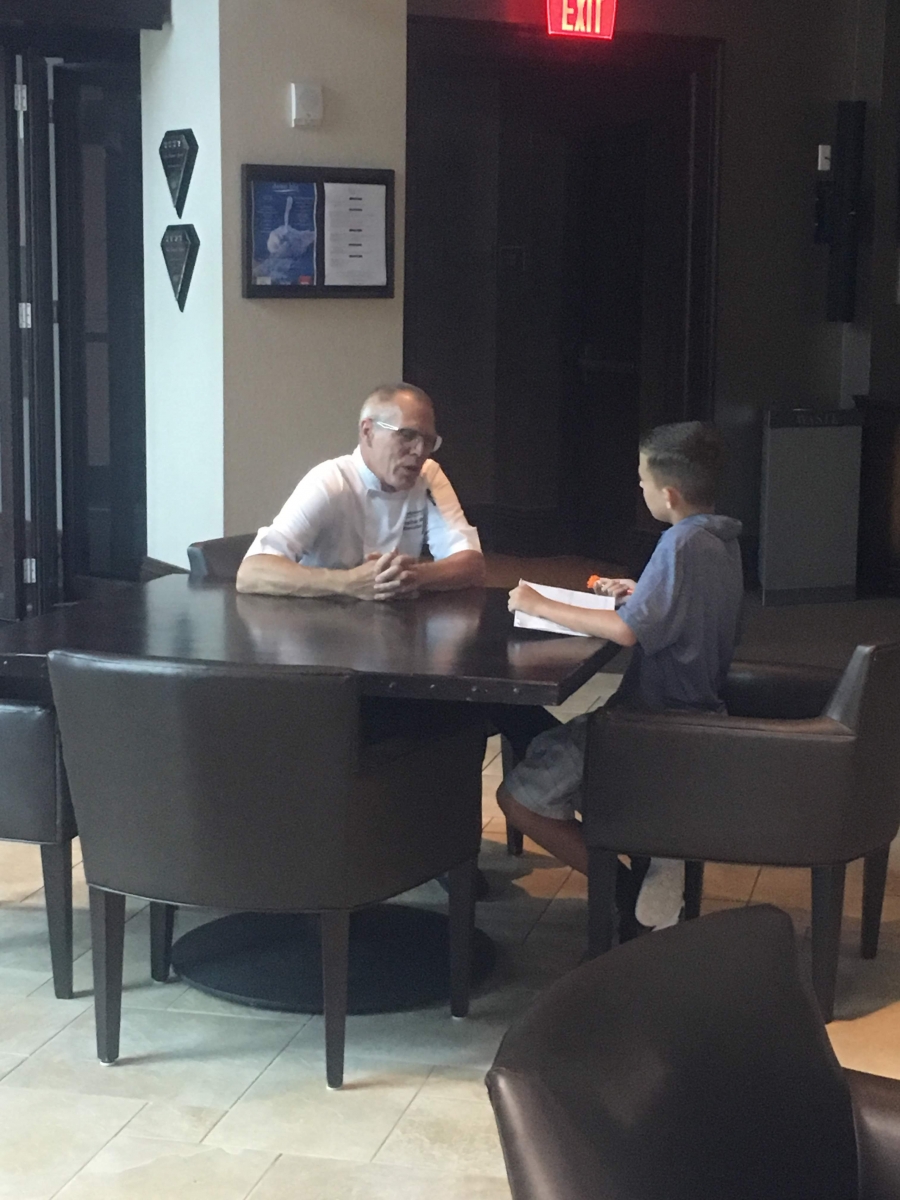 Chef McCann is a great Chef and I can’t wait to go back and eat at deep blu. He said we could cook something together!!! The chefs showed me how they cook with liquid nitrogen to freeze things like berries. They were delicious and COLD!! I am happy I got to meet Chef McCann and interview him because it was awesome and now he is my friend!!!