The creative vision that defines the beauty of 394 Henkel Circle begins with a large mound of dirt. 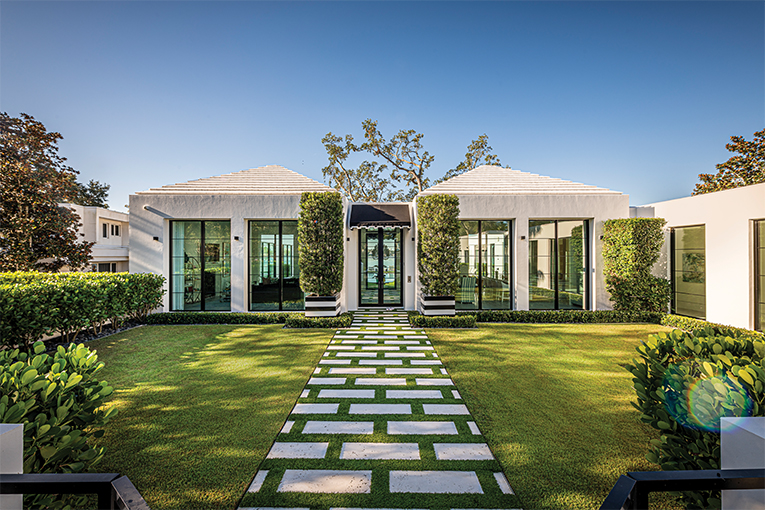 Take a peek inside 394 Henkel Circle. The house wraps around everything creating a feeling of comfort. (ROBERTO GONZALEZ)

A large lakefront Winter Park property literally rose from the ground up after the original home was gutted and torn down. Blank canvas. And then the work began in earnest for Zane Williams and his Z Properties team.

“We originally looked at another lot before circling back to this property,” said Williams, President of Z Properties. “The size and location of the lot determines where the house goes. It’s not one size fits all.”

So behold the finished product:

“She’s fancy, that one,” begins the description of the home on the Z Properties website. Donned with indigenous, vibrant art set against whitewash walls carried through to the white stucco exterior, Henkel is just too voluptuous to overlook.

“Outside, her raised pyramid roof, 30-ft. round pool and oversized windows lends refinement to her curvy figure. While inside, features like her grand chandelier, gold etagere and speckle blue kitchen cabinetry denotes her larger-than-life personality.”

Williams is very much a hands-on creative soul. His team adds a touch of professional quirkiness, as you can see on the company’s website, extolling the “Power of Z.”

Their transparent and hands-on project management approach allows you to feel at ease throughout the journey. And, as typical of any design project, when the inevitable occurs, they deliver the information with a real-world solution, and a bottle of (insert your booze of choice) in hand.

The interior of 394 Henkel Circle is described as a mix of “Miami color with Alys Beach cool.” (ROBERTO GONZALEZ)

Liquid refreshments aside, all Williams needed was some basic elements—the bedroom count and the number of cars for the garages—and he took it from there. He waited until the old house was torn down before starting on the floor plan.

“Everything has a centerline in that house,” Williams said. “It doesn’t matter where you’re turning, it’s symmetrical. That’s what we were after when we designed the floor plan.”
In the end, the design included four bedrooms and three baths stretched over 3,872 square feet.

The home is very much a gem in Winter Park, where the team of Zane and his wife Emily do most of their work. The airy feel of the property is evident at first glance. It’s been described as a mix of “Miami color with Alys Beach cool.”

The devil is always in those proverbial details, and Williams made sure that the homeowners’ happiness and priorities coincided with his architectural concept. The pool, for example, involved the art of negotiation. 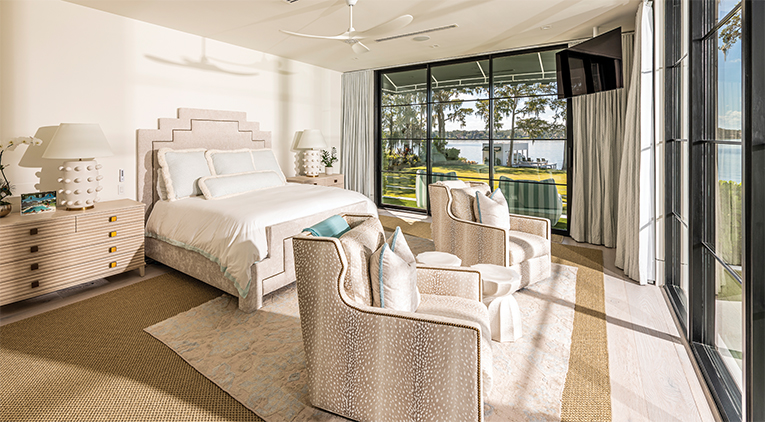 The owners wanted a standard-shaped pool in order to swim laps. Williams wanted something with a more creative touch—a round pool.

The compromise: A round pool with swim jets so the owners could get their laps in as often as they’d like. The result: A much more aesthetic feel. A round pool in the middle of a large sun shell.

“I wanted to walk into the home and make it look like a flat sheet of water,” Williams said. “When the water gets deep in the middle, it changes color. I felt it was this understated water feature. And so it was a unique sell to the owners.”

As the project neared completion—the process took between 14 and 16 months—Williams leaned on the expertise of his wife Emily to fill in the creative blanks. Four eyes are better than two eyes, and the male/female dynamic is always a good filter for compromise and looking at things from another viewpoint. 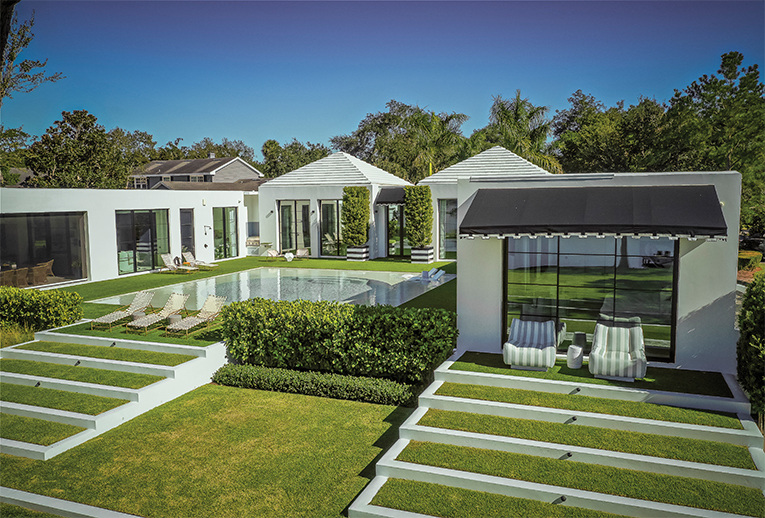 “We do work together, but we’re separate on a lot of things. When I create something, she runs with it, comes back to me and it’s different than I anticipated. But for the most part, that’s what adds to the luster of it and gives it some snap. We’ve got completely different looks and for some reason they seem to mold.”

And so, the finished product came to fruition. Read all about:

“I wanted a big one-story. Everyone is into a two-story,” Williams said. “I wanted it to feel big, to feel long. As you progress through the home you have these long sightlines. Everything is built in that middle courtyard area, so you create a sensation when you’re progressing through the home.”

“It’s one thing to be in the backyard of a normal house—you’ll see who’s behind you or to your left or your right,” Williams said. “When you’re in this home, it feels more like a resort because the house wraps around everything. You don’t see neighbors when you’re in your pool area or outside barbecuing. You don’t see the neighbor’s fence. You see the home wrapping around you. I think it creates a different feeling.”

A feeling of comfort and contentment.

Home Design: Tips from a Pro