Health: When Doing Nothing Becomes Everything 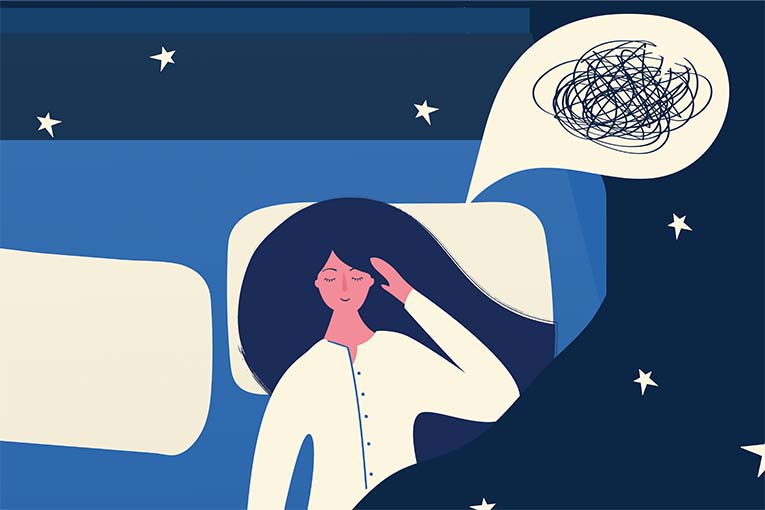 In our perpetually wired, get-it-done world, it’s no surprise one in three people suffers sleep deprivation, according to the Centers for Disease Control and Prevention. What is surprising is how devastating sleep loss can be to overall health.

Fatigue can have unintended deadly consequences. Drowsiness behind the wheel was responsible for 91,000 car crashes resulting in 795 deaths in 2017, according to the National Highway Traffic Safety Administration.

“It is estimated that sleep-related problems affect 50 million to 70 million Americans of all ages and socioeconomic classes,” according to Dr. Navin Verma of Orlando Sleep Medicine Center.

“People are chronically sleep-deprived as a result of demanding lifestyles and a lack of education about the impact of sleep loss. Many people do not give themselves enough time to sleep.” Verma attributes some sleep deficiency to the use of electronic devices such as tablets and phones, which have been shown to suppress the production of the sleep-inducing hormone melatonin.

The CDC recommends seven or more hours of sleep nightly for an average adult. The amount of sleep needed can vary depending on health and lifestyle, including activity levels—closer to seven hours for more sedentary people vs. eight to nine for physically active people whose bodies need recovery time. However, the NIH reports the average adult falls short of the goal.

If you’re unable to get consistently good sleep, you may have an underlying condition that requires a sleep specialist, Verma says. Possible culprits “may include thyroid problems, vitamin deficiencies, sleep apnea and anxiety,” he says. “Sleep apnea disrupts normal breathing and normal sleep patterns,” which can result in chronic sleep deprivation, health problems and a lower quality of life, he adds.

Otis Negron of Sanford sought help from a sleep specialist because of his heavy snoring. A sleep study showed he “stopped breathing 214 times in an hour,” he says, showing he suffered from potentially deadly sleep apnea.

His doctor prescribed a CPAP machine. “The first night of use, it was a total game-changer in my life,” Negron says. Immediately he felt relief from “the frequent headaches, being tired all the time, drowsiness and laziness. My overall health is better. I notice it.”

Crossing all the “Zzzzz”

Go to bed and get up at the same time every day, even on weekends and days off.

Establish a relaxing routine 10 to 60 minutes before bedtime and avoid dwelling on stressful thoughts.

Use your bedroom for sleeping and sex only.

This article appears in the March 2021 issue of Orlando Magazine.
Categories: Health & Beauty, Home Page Features
Tags: Insomnia, Sleep Tips
Want to read the whole issue? Download and read this issue and others on Magzter.