Health: Fitness in the Fasting Lane

Experts and dieters move away from food restrictions toward eating only within specific timeframes. 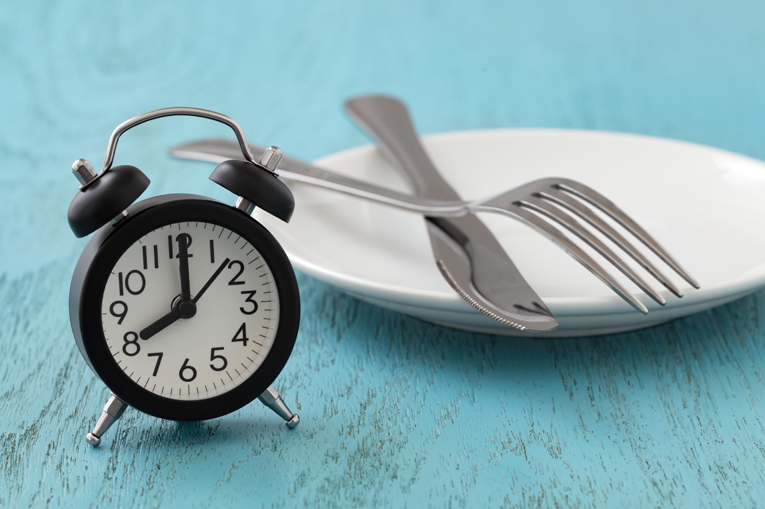 Considered a quick, efficient weight-loss method, fasting—traditionally done with water, juice or restrictive diets—comes by its name honestly. But as the science behind it has changed, so has the approach.

Orlando dietitian Kait Richardson with Nutrition Awareness says traditional fasts that restrict food groups don’t achieve long-term results. “There are people who want immediate results. They see the scale numbers go down, which makes them feel as if they’re losing weight when they’re not losing that much body fat in that short of a time. They’re losing water. As soon as the fast ends, they’re starving, and they eat way more than they should. Then they gain that weight back, and they feel like a failure.”

Instead, Richardson recommends intermittent fasting, which restricts eating to specific windows of time within a day or a week. “When someone asks me what intermittent fasting is, I like to explain it as a period of time during the day when you don’t eat. But it’s deliberate. It might be a period of time when you purposely don’t eat between 7 p.m. and 7 a.m., so you would be fasting for 12 hours,” she says.

Studies have linked intermittent fasting to increased metabolism and lower blood pressure. The trick, according to Richardson, is to avoid bingeing during your feeding window. But it’s not for everyone, she warns, including adolescents, the elderly, pregnant or nursing moms, anyone with a history of eating disorders, or those taking insulin-reducing medication.

Mandy Murphy of Orlando began a vegetable-based fast for religious reasons. “By the third day, I thought, ‘It’s amazing how good I feel,’ ” she recalls. As she began looking more into fasting for health reasons, an ad for Dr. Jason Fung’s The Obesity Code: Unlocking the Secrets of Weight Loss kept popping up on her Facebook home page, so she listened to his podcast. “What he said made perfect sense. Your body needs time to be able to get rid of the insulin in your body. If it doesn’t get rid of that insulin, it can’t tap into the body’s fat storage.”

Murphy began by eating only during daylight hours. She eventually narrowed her eating window to between noon and 6 p.m. daily. She lost 34 pounds in six months, combining her new eating regimen with high-intensity interval training. “Your hunger diminishes tremendously. No longer was I craving sugar. I slept better. I didn’t have hot flashes at night. It truly was life-changing,” she says.

Trainer Jesse Wolford of Fitness Xperts in Altamonte Springs agrees that intermittent fasting is “getting a lot of ground in the fitness community. But for me and my clients, I’m just trying to give them a lifestyle they can stick to.” He instead recommends calculating specific amounts of macronutrients—proteins, carbohydrates and fats—according to the client’s resting metabolic rate and activity level.

“What I find is most women cut body fat [when they eat] around 40 percent protein, 40 percent carbs and 20 percent fat,” Wolford says.

For Richardson, intermittent fasting is a tool to help clients achieve an end goal, whether it’s weight loss or improved health. “It’s not some cure-all to help you automatically lose body fat. It’s just a way to help you control your overall caloric intake,” she says.

This article appears in the January 2020 issue of Orlando Magazine.
Categories: Health & Beauty
Tags: fasting, health, intermittent, lifestyle
Want to read the whole issue? Download and read this issue and others on Magzter.