Fun Things to do with the Kids: Animals

Just an hour east of Orlando—at Ponce Inlet— is the Marine Science Center where you can see injured sea turtles receive their daily medical care in an effort to heal and release them. There’s a stingray touch tank and diverse aquariums that showcase the symbiotic nature of marine species, such as the decorator crab wearing a purple anemone on its head. Check their Facebook page for notification about turtle releases nearby at Jetty Beach. marinesciencecenter.com

A “hands-on” experience at Al-Marah Arabian Horse Farm near Clermont means more than just touching a horse. You get to paint one! (In a variety of washable colors.) It’s a great way to get to know one of the gentle beauties of this special farm. The Interactive Horse Experience includes a tour of the scenic farm and barn and a one-on-one riding lesson and more. Bring the whole family. Only those who interact with the horses have to pay. Lifelong memories are made here. al-marah.com

Enjoy the peeps and chirps of a couple of baby chickens for a week or weekend thanks to Rent-A-Chicky, a venture started by 10-year-old Elise Biniak and her dad, Gary. At the Mount Dora farmers market on Sundays or from her home in Clermont, Elise loans out two chicks for a $25 fee that includes food, bedding and the “Chick-A-Tat’’ she and her father have created to keep the chicks safe, warm and easily transported. rentachicky.com 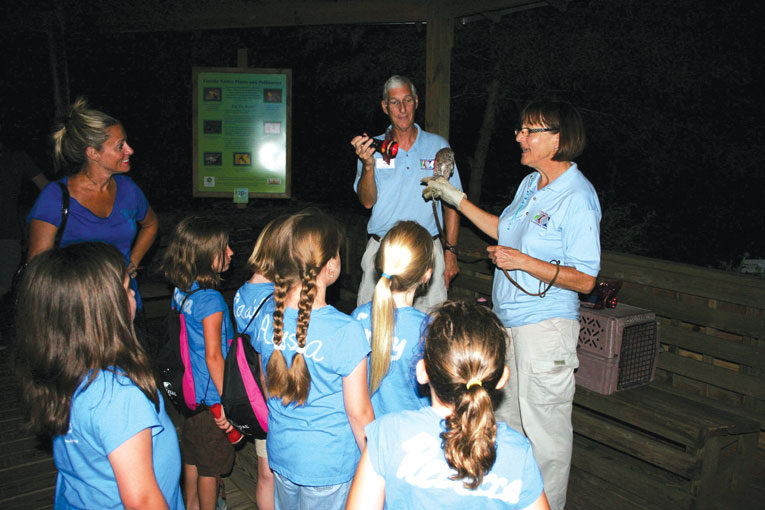 A Night at the Zoo

Take a walk through the Central Florida Zoo and Botanical Gardens at night, when the habitat’s nocturnal residents come to life—something daytime visitors don’t experience. Held in March, June and September, the zoo’s very popular Night Hike begins at 8 p.m. Guided groups of 10 embark on a two-hour adventure filled with interactive encounters with opossums, alligators, owls, flying squirrels and more. Cost is $10-$20. A note: These events always sell out quickly. centralfloridazoo.org/events

DeLand
If you can set aside your fears, the Reptile Discovery Center is a fascinating place to spend an afternoon, especially during the venom extraction demonstrations at select times Thursday through Sunday. Besides being a serpentarium for dozens of dangerous and exotic snakes, the center also collects venom from certain snakes for making anti-venon commercially. reptilediscoverycenter.com

St. Cloud
The Reptile World Serpentarium has been in operation for more than 40 years and houses a collection of over 50 species of snakes from around the world, including six species of cobra and one 18-foot king cobra. Reptile World also functions as a venom producer and features milking demonstrations at noon and 3 p.m. daily. reptileworldserpentarium.com 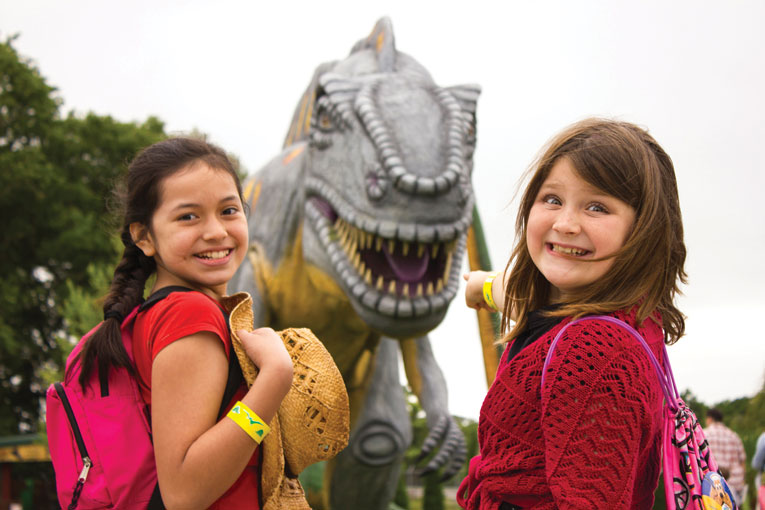 Fan the flames of your budding paleontologist’s passion by exploring a number of Central Florida attractions where dinosaurs take center stage.

Wander through more than 200 life-sized dinos at Plant City’s Dinosaur World, next to Interstate 4. Featured are several interactive attractions including the chance to uncover a life-sized “Stegosaurus skeleton” from under the sand. dinosaurworld.com

Guests can explore Earth’s prehistoric past inside the Jurassic Park Discovery Center at Universal Orlando’s Islands of Adventure, featuring skeletons used in the film Jurassic Park. Interactive elements of this attraction include meet-and-greets with experts, plus a fun test that allows you to determine what kind of dinosaur you would have been. universalorlando.com

The Orlando Science Center’s permanent exhibit DinoDigs showcases several fossil replicas set in backdrops similar to the land on which the dinosaurs once lived. Most loved by kids is the hands-on Jurassic Ridge element, which invites them into a 540-square-foot excavation site designed to give guests the chance to uncover fossils. osc.org