Tag along as we explore new culinary worlds to add to the discoveries made during last fall's inaugural food adventures mission.

Opened in 1974, it’s a funky, shall we say unusual kind of place, with a menagerie of animals of the taxidermic variety—displays of wolves, foxes, tigers and deer line the restaurant—and the edible kind. Bits of an entire smoked gator (also stuffed, but with sausage) can be had, along with an appetizer menu including turtle, llama, camel, yak, kangaroo and “bison mountain oysters.” Yum. clarksfishcamp.net 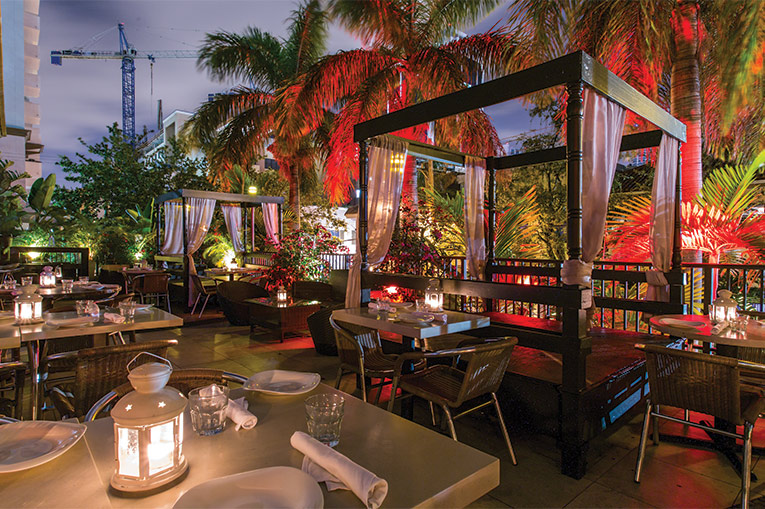 Dolores, But You Can Call Me Lolita: Miami

Taking up two floors of the 1923-built Miami Fire Station No. 4. Dolores, the chef-driven restaurant, is upstairs (the signature baby back ribs come with shoestring potatoes and a pair of gloves); Lolita is the downstairs daytime deli and nighttime music lounge. doloreslolita.com

Monthly rail trips spotlighting brews and the passing scenery. October’s trip features a rail-based Oktoberfest with brews and bratwurst. There are also pizza, barbecue and wine excursions throughout the year. thefloridatrain.com/rail-ales 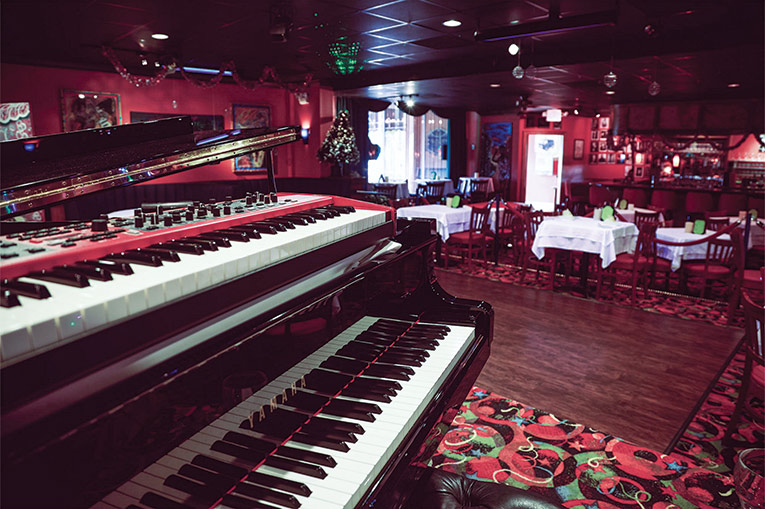 Jazz clubs—real jazz clubs—are so rare that even mediocre ones should be applauded. That Heidi’s is a great club, recognized by Downbeat magazine, just makes it better, welcoming artists like Larry Coryell, Boots Randolph and our own Jeff Rupert since 1992. The attached Heidelberg Restaurant, opened in 1986, deserves just as much attention. Chef Edmund Deleuil (his wife, Heidi, is next door) prepares Austrian jaegerschnitzel, German sauerbraten and roast duck with flair. heidisjazzclub.com; heidelbergcocoabeach.com

A brewery/arcadery making about a half-dozen in-house brews like Dad’s Breakfast English porter (“tastes like dunking a honey-glazed doughnut into coffee”). Filled with cabinet video games from the ’80s and ’90s, with play available for a quarter (it actually costs 25 cents, so save your change), letting you claim space in front of Centipede or Galaga to your 15-year-old heart’s content. quartersbrewing.com

Upon request at Disney’s All Star Movies Resort food courts, a secret agent-worthy briefcase will be proffered containing old-fashioned Viewmasters, loaded with 3D off-menu pictures, including poutine with gravy and cheese curds, and a cinnamon bun burger with candied bacon (yeah, that’s a thing).

Nestled among the bar items at Universal’s Hopping Pot in Diagon Alley, and The Hog’s Head Pub in Hogsmeade is a magical, 70 proof distillation straight out of J.K. Rowling’s books called Blishen’s Fire Whisky, cinnamon flavored and concocted in North Carolina. Hog’s Head Pub, in fact, has a secret drinks menu of beer cocktails and mixed potions.

Not-so-secret but off-the-beaten-track treats can be found at Epcot’s L'Artisan des Glaces, a très French dessert shop tucked away behind Chefs de France, where one can enjoy croque glacé, a fresh-baked brioche filled with house-made ice cream and toasted in a special press.