Tag along as we explore new culinary worlds to add to the discoveries made during last fall's inaugural food adventures mission.

The area that is now The DoubleTree by Hilton hotel and Central Christian Church between Lake Ivanhoe and Lake Concord was once the home of George Russell and his pineapple plantation. In the 1880s, Orlando was a hotbed of pineapple production, but it had died out by 1910, replaced by the cultural imperative of a water park—called Joyland—with boat rides, water slides and a dance hall. By 1919, it too was gone, purchased as the beginning of what has become College Park. 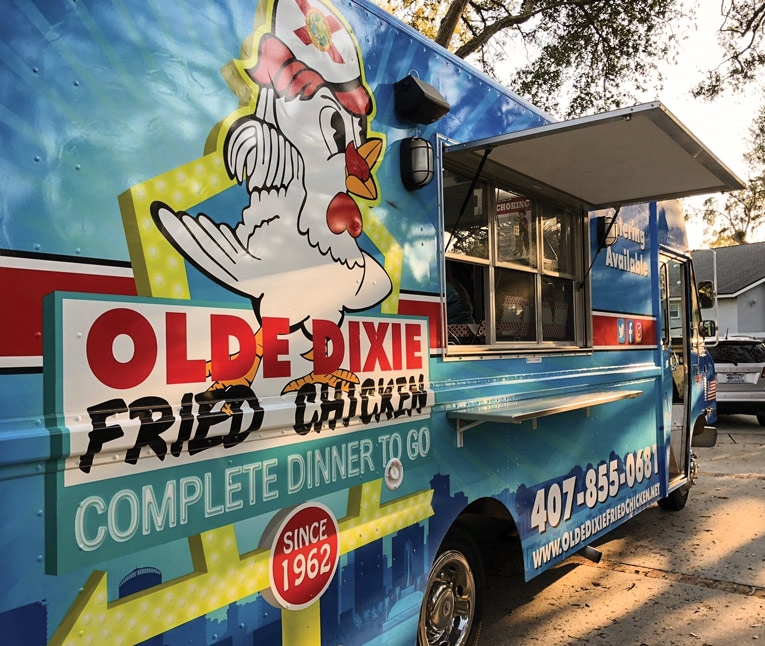 The giant sign of the chicken wearing a Confederate flag hat is gone, but Olde Dixie has risen again as a food truck (the chicken on the truck has a Florida state flag cap now). Closed in 2016, the restaurant had been a fixture in Pine Castle since 1962, serving old-style crispy chicken and massive amounts of fries. The original sign is now in the collection of the American Sign Museum in Cincinnati. oldedixiefriedchicken.net

That’s why it’s called the Milk District. Let’s rediscover Thomas Gilbert Lee’s legacy. T.G. opened his dairy in 1925 on the same site where the massive dairy owned by Dean Foods now stands (he also owned the land that became Colonial Plaza mall in the 1950s). The dairy was a tourist attraction in the 1930s, well before Disney’s dream was imagined. tgleedairy.com

The Birth of ‘Cue

The Timucua Indians, the first native Americans to meet Spanish explorer Juan Ponce de León when he landed in 1513 in what is now St. Augustine, smoked meats over an open fire pit they called a barabicu. They also tried to roast the conquistador Juan Ortiz on one in 1528, but who hasn’t gone a little crazy after an afternoon of smoked alligator and fermented corn mash? So two-step back, Texas—barbecue belongs to Florida.