According to his friends, the late actor Paul Newman liked to talk about two things: cars and billiards. Newman would have liked Chris Nitti.

“I was an honest auto mechanic,” Nitti, 54, says. As a young man in Union, N.J., Nitti repaired alternators and fixed air conditioners, but after 25 years under the hood, he turned to his first love: pool cues. He made his first cue in 1992 and went full-time in 1997. He makes every part of his Nitti Cues by hand.

Nitti literally turns birds-eye maple, sterling silver, pre-ban ivory, Asian amboyna and African ebony into long, slender works of art inlaid with intricate geometric designs. Nitti Cues start at $750 and have gone as high as $7,500 for custom orders. “Some will go to collectors—especially Japanese—and never see a table,” he says, perched on a stool in his east Orlando workshop-garage, surrounded by industrial lathes and a tinkered sewing machine he uses to wrap handles in Irish linen.

Clermont firefighter Jeremy Hendrix says playing pool is his only hobby, which makes owning five Nittis his lone extravagance. “His cues have a crisp ‘hit’ [first contact with the ball] that smoothly transitions through the cue,” he says. “I own $700 cues by Chris and $2,600 cues by Chris and they all play the same– fantastic.”

Making 60 to 70 cues a year, Nitti says it’s difficult to say how long it takes to build one. “Hundreds of 5-minute steps,” he says. “It’s amazing anything gets out the door. They’ve gotta be perfect.”

Nitti’s cues are sold on various websites, including his own, nitticues.com. 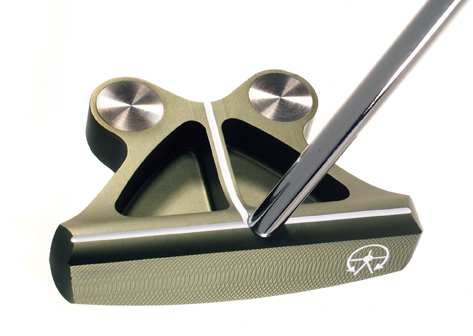 ‘FROG’ PUTTERS
For 26 years Frank Thomas oversaw the standards for golf equipment design as the technical director of the U.S. Golf Association, the governing body of golf, and as an equipment designer he invented the graphite golf shaft. So when Thomas says the best putter looks like a frog, who are we to argue? Designed in Thomas’ Frankly Golf office in ChampionsGate, Frankly Frog putters come in blade and mallet faces, and even in a hybrid of the two styles. $179-$199 at franklygolf.com. 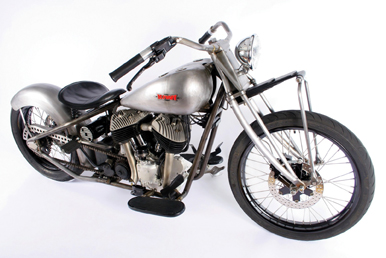 GUILTY PLEASURE
Priced between a Vespa and a cherry Harley-Davidson Electra Glide are these hand-fabricated American choppers. The guys at Guilty Customs motorcyles have been combining new technology with steampunk style at their shop in Apopka since 2006, emphasizing comfort as much as artistry. If you have the cajones, go for the top-of-the-line La Primera (above). She’s one sweet ride. $8,000-$27,000 at guiltycustoms.com.

This article appears in the October 2010 issue of Orlando Magazine.
Categories: Fashion & Shopping