Cryotherapy doesn’t just lower your body temp, it decreases inflammation, recovery time and so much more. Here’s everything you need to know about this innovative body treatment. 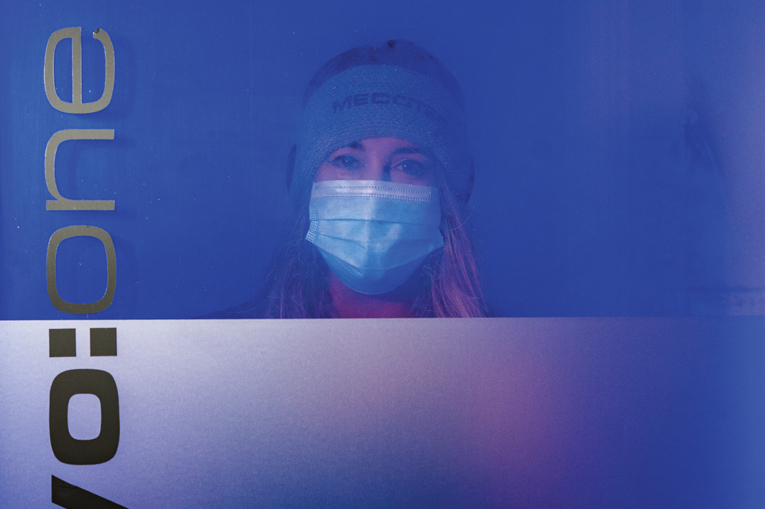 I, for one, fell in the latter category. I’ve always been willing to try the latest spa treatments, so when I heard about Orlando’s Athlete Recovery Room, I couldn’t wait to see what cryo was all about. Although, the only thing I knew was that it’s cold therapy — and as a native Floridian, being chilly isn’t necessarily something I enjoy.

“Luckily, it’s a dry cold. It’s like going into a walk-in freezer but one that’s even colder,” explains owner Althea Stearns. Stearns, an avid runner who’s completed 50 marathons across the world in ten years, began experimenting with cryotherapy to relieve her tired muscles. “I’d go to big cities and see recovery places, and I was like why don’t we have something like this in Orlando? I initially started doing it as a mobile thing and it happened into this,” she says.

In February 2020, she officially opened her studio’s doors on Corrine Drive. While there’s a range of available services like massage, infrared sauna sessions, compression therapy, and facials, cryotherapy is one of Athlete Recovery Room’s biggest draws. They use a MECOTEC CRYO:ONE tank which fully immerses the body and head with cold air and oxygen.

So, what exactly does a treatment do? As your body is exposed to the cold, it triggers a fight or flight response, causing the nervous system to have a parasympathetic reaction. “The extreme cold aids the body in producing norepinephrine (released predominantly from sympathetic nerve fibers), which acts like a natural pain reliever,” says Stearns. Additionally, the cold cues your body to release beta-endorphins, which are proteins primarily synthesized by the pituitary gland. “These endorphins play a significant role in the sleep cycle and pain management. Because endorphins act as sedatives, which helps aid in sleep,” she furthers. “The number one thing athletes need is sleep, because it’s when the human growth hormone is produced (which helps the body heal and recover from exercise). If you sleep better, then you can perform better.” 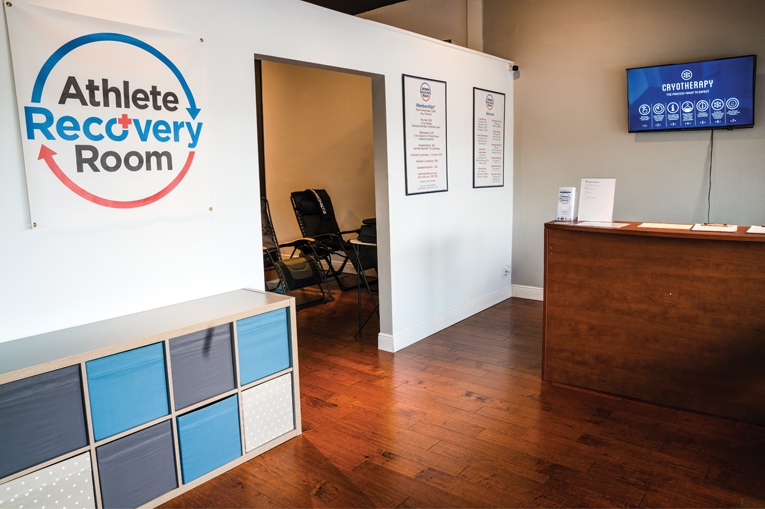 That’s why local athletes like baseball players, MMA fighters, and even student athletes (the studio offers special memberships for them) are constantly coming through the doors. “I felt sore a lot, so my dad brought me in to try it out,” says Camilia Jones, a local tenth grade volleyball player who visits the Athlete Recovery Room almost daily. “It’s made me feel a lot better — more relaxed, I notice a difference in soreness, and endurance-wise, I can go on a lot more.”

However, don’t feel like you need to be an athlete to reap the rewards. “The cold makes your blood vessels constrict which helps with inflammation itself,” says Stearns, which is why it’s an ideal treatment for sprains, chronic back pain, herniated discs, muscle soreness, and more. If you’re really looking to address certain areas, they have a targeted nozzle to direct the cold air to the desired spot. You can even do cryo facials to tighten pores and achieve a lit-from-within glow.

Before a cryotherapy session it’s imperative to properly prepare. For the best results, wear underwear inside the chamber along with the provided gloves, socks, and an ear-shielding headband (mine even had built in music speakers). Beforehand, someone takes your skin’s surface temperature twice, once on the back of your shoulder and once on the back of your calf. According to Stearns, you ideally want those numbers to drop twenty-five to thirty degrees for the best results.

The cryotherapy tank was -124 degrees when I entered a.k.a. it was chilly. Thankfully, it wasn’t a shocking cold like jumping into an ice bath. By the time the three minutes were up, my temperature dropped 25 degrees. Right on target. As I left, I experienced the post-cryo adrenaline rush I was told about (a much-needed boost of energy for someone with a toddler at home), but physically, I didn’t feel much different until the next morning. That’s when I woke up infinitely more rested, and I noticed that my aching back pain had subsided.

“One or two sessions are good for temporary relief of soreness, but multiple sessions help the body become a hormone, endorphin, enzyme and antioxidant making machine,” explains Stearns. “And studies have shown repeated Cryotherapy treatments of 10 or more sessions, will increase white blood cells and glutathione (antioxidant) and enzymes that prevent tissue damage.” With results like that, a few minutes of shivering is well worth it.

This article appears in the April 2022 issue of Orlando Magazine.
Categories: Health & Beauty, Home Page Features
Tags: Cryotherapy, health
Want to read the whole issue? Download and read this issue and others on Magzter.

Blu Atlas Is Transforming How Men Do Skincare